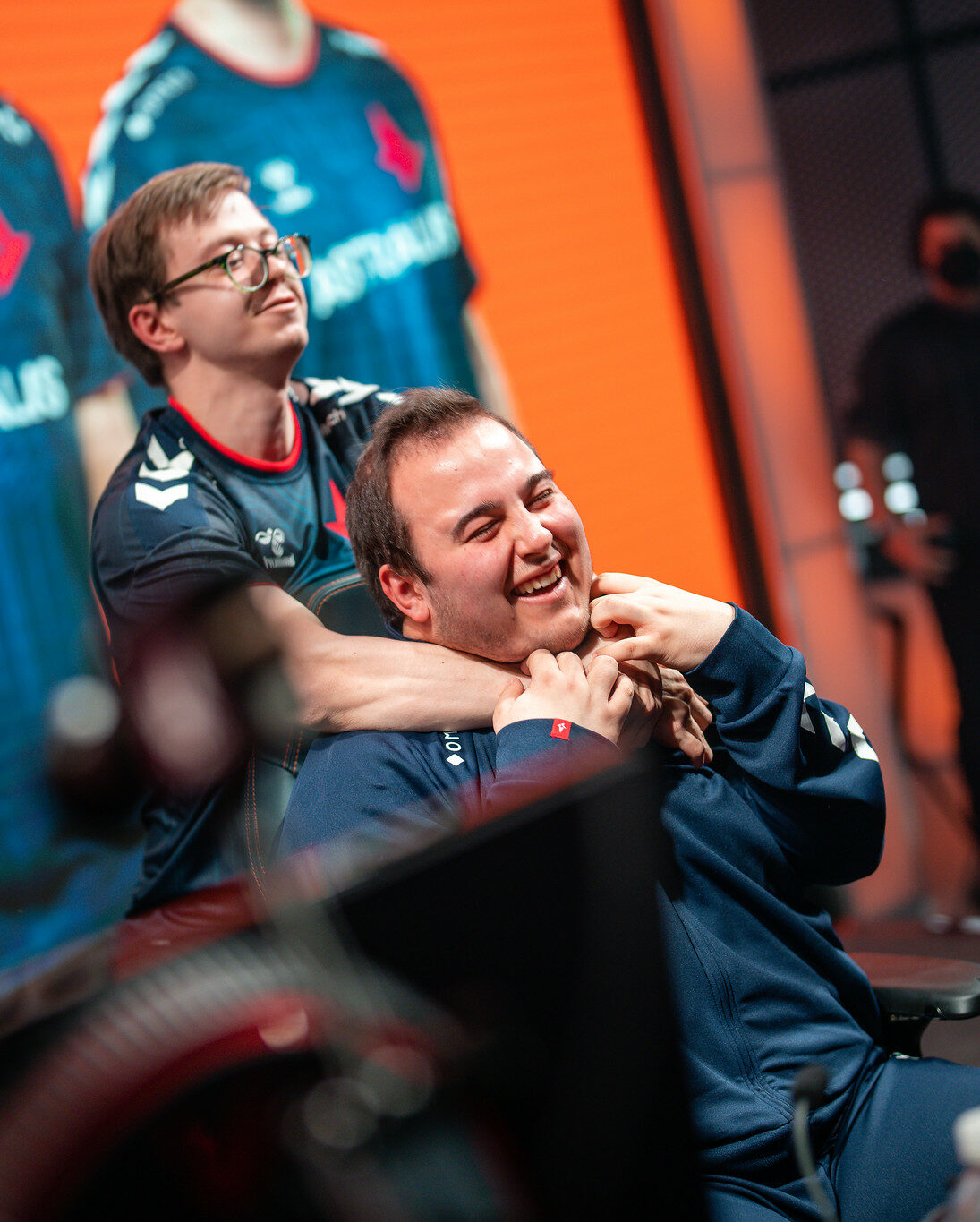 Did THAT really happen? 2-10 Astralis dominate 8-4 Fnatic, flip standings on their heads

The once-maligned Astralis have found their groove on the LEC stage as they won for the second time in the 2022 spring split against Fnatic, one week after beating then-unbeaten Rogue convincingly.

Astralis’s win throws the rankings at the top in disarray, especially as Misfits Gaming won later to crowd the race for second place. Meanwhile, Astralis keep their playoff chances alive and are looking to make an #ASTMiracleRun story of their own.

Of all the ways to win, Astralis somehow did it the hard way: by crushing Fnatic’s bot lane and outlasting their opponents in teamfights.

One does not simply outplay Hylissang and Upset in lane—unless you’re the community’s favorite scapegoat, promisq, and you have veteran AD carry Kobbe at your side. Then, you might as well win MVP honors after winning the game.

Who was your @Kia_Worldwide Player of the Game in @AstralisLoL's win against @FNATIC?

For a long time, Fnatic were on the driver seat. Despite a well-timed roam from Dajor’s Vex at minute 7, Fnatic struck back with several kills across the map on minute 11 and 15.

However, Astralis were not going to throw the towel: their Drake control and superior teamfighting surprised Fnatic in a 2-for-1 fight, before sealing their comeback at Baron Nashor (25th minute). That said, Wunder’s TeLEPort at Baron certainly helped their case.

Unlike previous instances of close games, Astralis didn’t crumble when it mattered the most. Instead, dajor fielded a trade offer that Fnatic somehow did not refuse: Fnatic took the Elder drake and dajor’s life, but Astralis took the 5-for-1 ace and the victory. The event marked the first time that they converted from a mid-game comeback, of which they had too many that went unrewarded.