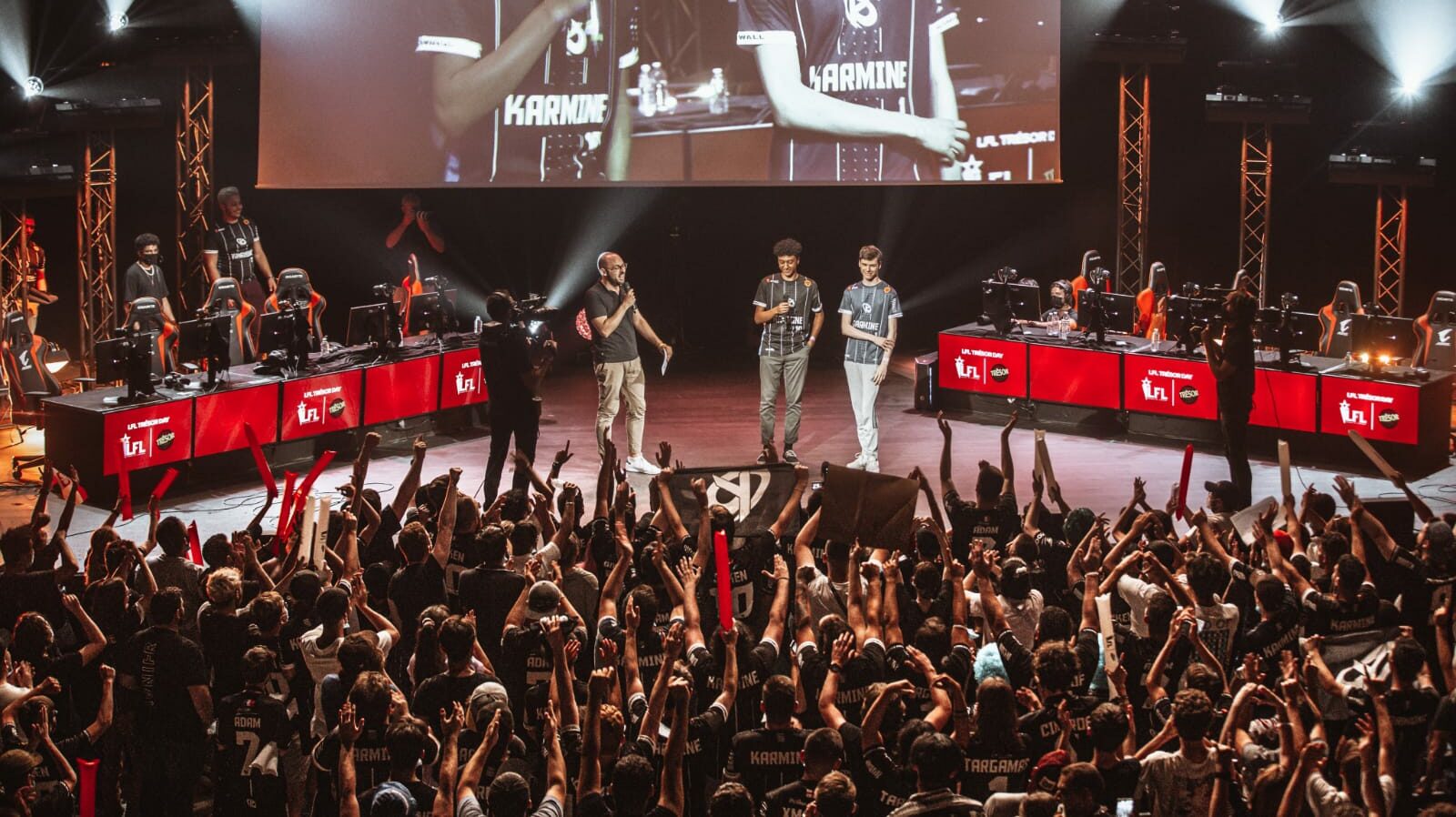 Did Caedrel leak Karmine Corp to LEC, or is it a joke?

After Riot Games confirmed the list of VALORANT franchising participants, noted canceller of Malzahar ultimates Marc “Caedrel” Lamont quipped that Karmine Corp was ‘speedrunning’ their way into Riot Games’ esports ecosystem (including the LEC, which would be a leak), as are KOI (reportedly) and Team Heretics.

Caedrel’s timing couldn’t have been better: it is as if he knew that KCorp’s CEO, Kamel “Kameto” Kebir, was celebrating the team’s entry into the top VALORANT circuit live on stream.

When stream viewers linked the clip on Kameto’s stream, KCorp’s owner denied it live on stream with a long slew of denials. “Even if he said it, lying is haram,” he said. “Currently, factually, it isn’t true. We don’t know what will happen, but it isn’t true. For now, it isn’t true!” Can we note that he didn’t say “it’s false/wrong” in the clip?

The smirk on his face and the wording he used it begged for more information. As is the case with the passionate Blue Wall, they did not let him get away with it.

So, Kameto had no choice but to double down, only to tease KCorp’s fanbase further:

Note the [anymore] in the quote, as the statement could be understood as such, especially since Astralis and Karmine Corp set Twitter on fire some time ago.

Rating: Banter until it isn’t

It should not be a secret: Jaxon, Upcomer, BLIX.GG and others are on the case ever since rumors surrounding Astralis’ LEC spot emerged. However, there is no done deal at the time of writing, as much as Caedrel wants you to believe that “Karmine Corp is in the LEC next year.”

Kameto, could you announce it already, pretty please? And no, I haven’t painted my room’s walls blue, what are you talking about?