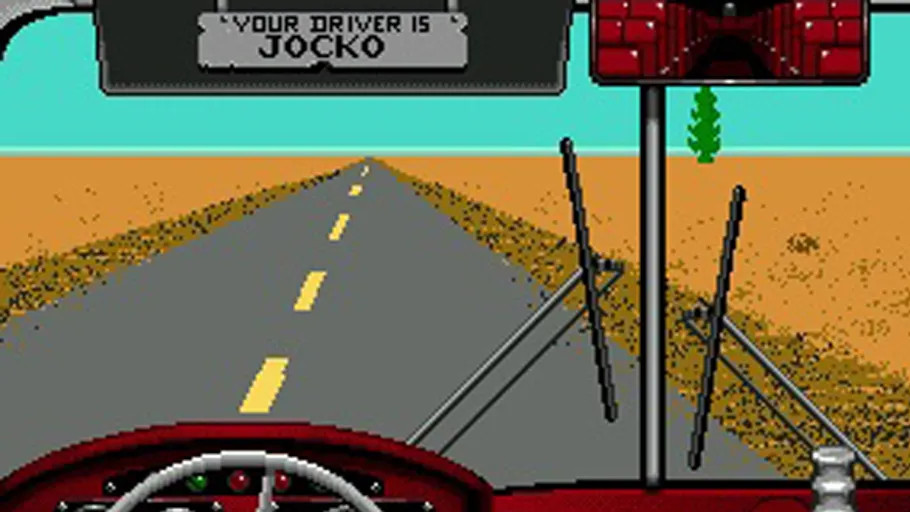 Playing the worst game in history for 140 hours (and counting): Desert Bus for Hope

In 2007, a sketch comedy group LoadingReadyRun began a charity drive in which they played the notoriously awful video game Desert Bus. The tradition has lasted that long: the 2022 edition is currently ongoing.

The marathon revolves around members of the comedy group, and an army of volunteers, playing the video game Desert Bus while doing a host of other activities to entertain the audience. Why? Because Desert Bus is largely considered the worst game ever made.

What is Desert Bus, and why is it the worst game ever?

The infamous Desert Bus is actually a mini-game on a SEGA CD-Rom game pack called Penn & Teller’s Smoke & Mirrors. Developed in 1995 but never released, Smoke & Mirrors was comprised of “scam games” that people could use to fool their friends.

Desert Bus involves driving a bus in real-time from Tuscon, Arizona to Las Vegas, Nevada. However, there is minimal scenery and nothing in the way of gameplay mechanics. Worse, the bus naturally veers towards the side of the road, forcing the player to constantly correct course.

If the player crashes, they must wait to be for a tow truck to arrive and tow them back to Tuscon… in real-time. What happens when you get to Las Vegas? You’re simply asked if you want to drive back.

Driving the bus to help the kids

The premise of Desert Bus for Hope, the official name of the charity marathon that plays the game, is simple. According to the website, “We here at Desert Bus are really willing to suffer for the children. Rather than set an arbitrary cut-off point for our fundraiser, the length of the Desert Bus marathon is solely determined by the donations we receive, which means the more you donate, the longer we play.“

As well as soliciting direct donations, Desert Bus for Hope also runs auctions and giveaways during the event.

The money raised is donated to Child’s Play, a charity that helps provide comfort and entertainment for children undergoing hospital treatment. Since beginning in 2007, Desert Bus for Hope has raised over $8 million for the charity. The team has also grown from “an impromptu event broadcast from a living room” to a slick Twitch broadcast run by a rotating team of 68 people.

In 2020, Desert Bus for Hope surpassed $1 million in a single marathon for the first time. It repeated the feat in 2021, surpassing $1.2 million in donations.

The 2022 edition of Desert Bus for Hope is happening right now on Twitch. At the time of writing, the team is 37 hours into the current runtime of 140 hours. As long as the public keeps donating, the bus will continue rolling through the pixelated desert.