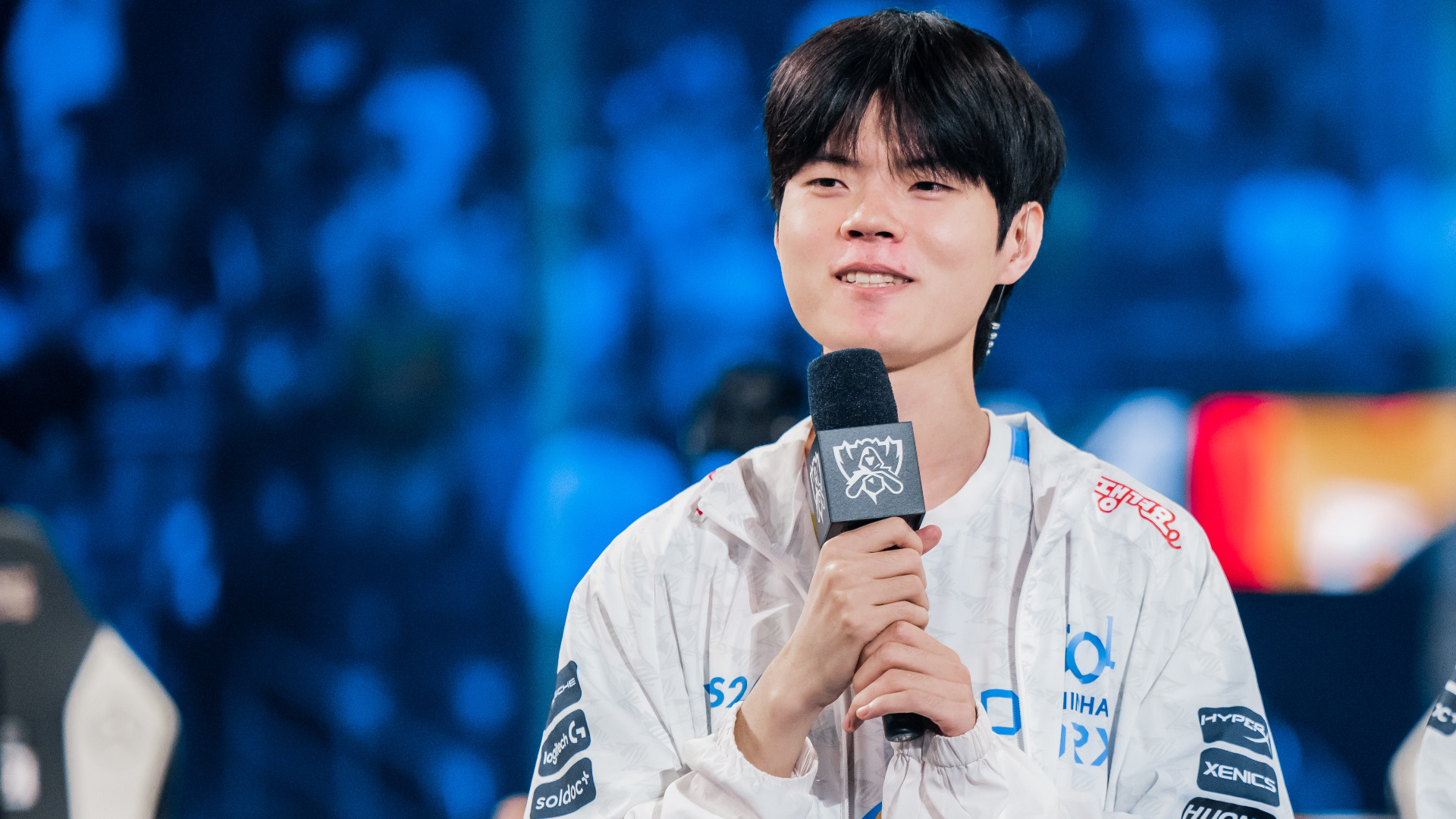 Deft shuns retirement speculation: “I am not thinking about next year”

Much speculation has been put into whether DRX ADC Kim “Deft” Hyuk-kyu will retire following the conclusion of Worlds 2022 However, Deft made it clear following DRX’s semifinal win over Gen.G that retirement is the last thing on his mind.

Despite their sensational win over Gen.G, the first question posed to DRX was about Deft’s retirement. Travis Gafford asked the veteran ADC if he had put any thought into his plans for 2023.

Deft wasted no time in shutting down any speculation regarding his status for next season.

“I am not thinking about next year,” Deft began, “Right now, I am focused on the final and simply want to do my best in that match.”

Deft’s career dates back to 2013. In the ensuing years, he has assembled one of the greatest careers of a player not to win Worlds. His accomplishments include multiple domestic titles in both Korea and China, a perfect record of Worlds playoff qualification, and an MSI title. A Worlds title would be the final jewel in the crown of such an iconic player.

However, it is clear that Deft is not thinking about retirement in the run-up to the Worlds 2022 final. T1 have been an obstacle that Deft (and DRX) have repeatedly failed to overcome. The final on November 5 will mark 447 days since Deft last beat T1. That extended stretch includes four 2-0 sweeps in the LCK and a loss to T1 in the Worlds 2021 quarterfinals.

Deft enters the final against T1 following a 13/5/14 series against Gen.G. The match also brings into a showdown with T1 support Ryu “Keria“ Min-seok, whom Deft played alongside on DRX in 2020. Deft addressed his history with Keria during the press conference, as translated by Ashley Kang from KORIZON Esports.

“Keria used to always tell me that he will be the one to get me a Worlds trophy,” Deft began, “It is time for him to keep his promise. I will win against him.”

Deft and DRX face off against T1 in the Worlds 2022 final on November 5 in San Francisco.