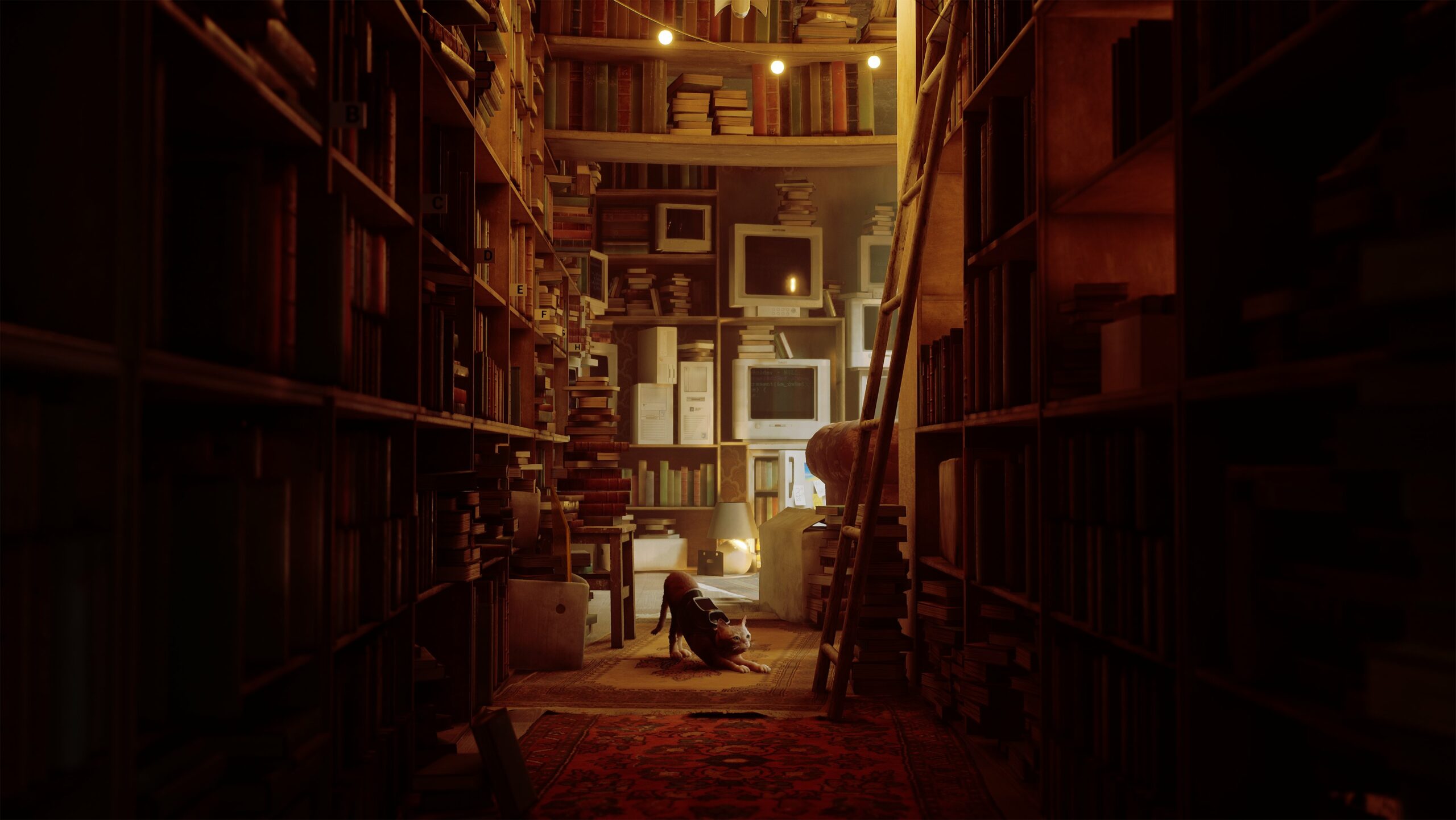 Straying to the top

Stray is a game so aptly named for the position it holds now.

To start off, let’s get the “buts” out of the way. No, Stray isn’t actually the most wishlisted game on Steam. It shows up on top when sorting by “Relevance” and there’s actually no way to sort by the number of times it was wishlisted.

Yes, its rise to the top of the chart was boosted by how much closer it is to releasing than any other game on the top 10, yet this is still a unique achievement given the project at hand.

The Cyberpunk genre has been getting a lot of attention lately. Just the past few years, we’ve had Ruiner, Cloudpunk, The Ascent, Ghostrunner, The Red Strings Club, and Cyberpunk 2077 as some of the biggest releases connected to the cyberpunk mythos.

All these titles are from different game genres, but their aesthetic and worldbuilding are quite similar; dirty streets with bright neon lights, body augmentations, techno soundtracks, and flying cars.

You’ll usually play as an augmented human – or maybe a robot – utilizing tech to your advantage and fighting the ever-present cyberpunk underworld by yourself.

The beauty of the genre is that its aesthetic is so recognizable you can build a game that has nothing to do with those basic principles, avoiding oversaturation.

The Red Strings Club, for example, is a cyberpunk world that you experience through “extensive use of pottery, bartending and impersonating people on the phone to take down a corporate conspiracy.”

Cloudpunk takes the same idea of watching the world through the eyes of a “spectator” in the form of a delivery woman.

Hover through the neon city delivering packages. The skyscrapers look never-ending – the verticality is suffocating but the game looks incredible.

Straying away from the group

Stray is taking the genre for its own unique spin.

You’ll play as a stray cat trying to find its way back home. This doesn’t feel like a usual cybercity, though. The steam page describes it as “forgotten.”

If you look at the footage released so far after reading that little detail, you’ll find out that no humans have shown up anywhere yet.

Subway stations appear abandoned, alleys seem corrupted by some sort of gooey parasite and the entire city looks like a post-apocalyptic landscape where the lights just never went out.

The idea of playing an animal in a cyberpunk videogame is also an intriguing one.

These cities are usually so overcrowded and suffocating that even augmented humans have a hard time breathing in them, let alone animals.

Stray also stands out due to who’s making it. The game which is topping Steam’s wishlist is being developed by a self described “small team from the south of France mostly made up of cats and a handful of humans.”.

This is BlueTwelve Studio’s first ever title and it’s managed to climb above AAA giants who’ve been hyped for years. Being published by Annapurna helps, but credit where credit’s due.

Everything that’s been released leading up to Stray’s release has been great. The city looks incredible, the lighting looks spot-on despite not being ray-traced, the models look weird and mysterious and the gameplay seems fun and unique.

I don’t think this is a sentence most of us expected to say but, here goes: I can’t wait to experience being a stray cat in a suffocating cybercity surrounded by robots and weird gooey monsters. Let July 19th come!