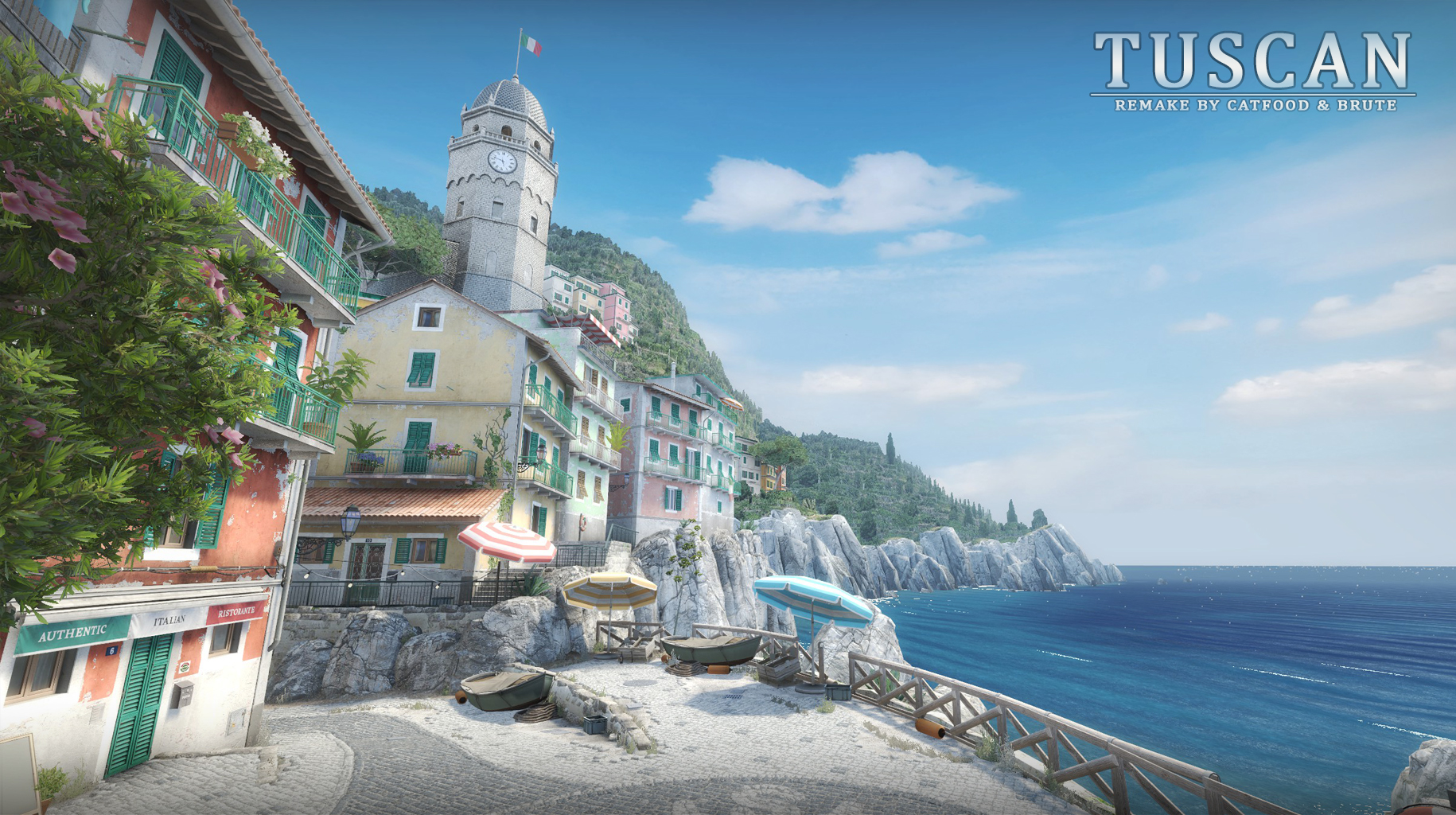 Tuscan “Almost ready” for CSGO according to creator

According to one of the developers behind Tuscan, the map is “99.7%ish ready.” The highly anticipated remake of a 1.6 favorite has been in development for several years but might be officially released in CSGO soon.

After several rounds of playtesting, a showmatch at the recent BLAST Spring Finals, and a beta release in the Mapcore Faceit hub, Tuscan is all but ready. Design artist Catfood took to Twitter to invite players to join a final round of playtesting.

The highly anticipated map has been developed by the creator of the first version, Brute, and stems from the original de_cpl_mill map. Due to copyright issues, this map was no longer publically available and had to be converted to avoid infringements.

Is Tuscan coming to CSGO?

Whether Tuscan will end up in CSGO is still somewhat of a mystery. Players on every level have expressed their enthusiasm about the map, but it’s unclear if Valve will have the same opinion.

Several projects from both Catfood and Brute have ended up in the game, either in an operation or as a rotation map.

Catfood has participated in the creation of maps such as Engage and Ruby, which were both featured in the game.

Brute, a former level designer at Blizzard Entertainment, is a longstanding figure in the CS community. The original creator of Tuscan and its first adaptation to CSGO, he has started his development studio, Notorious.

Will Tuscan be part of the next operation?

What will come in the next update of CSGO is one of the best-kept secrets in gaming. Other than some sporadic leaks, it’s a guessing game to predict Valve’s future plans. And about when Tuscan will come to CSGO.

One thing we can speculate about, is the next operation.

Over the past years, Valve has taken advantage of the colder winter months to sell operation passes to the rising CSGO player base.

Now that we’ve entered August, it’s safe to say that CSGO will have a new operation in the upcoming months. And Tuscan could be ready right on schedule.

Tuscan could be brought into CSGO as one of the maps playable during the operation, and remain as a permanent feature after, similar to Ancient.