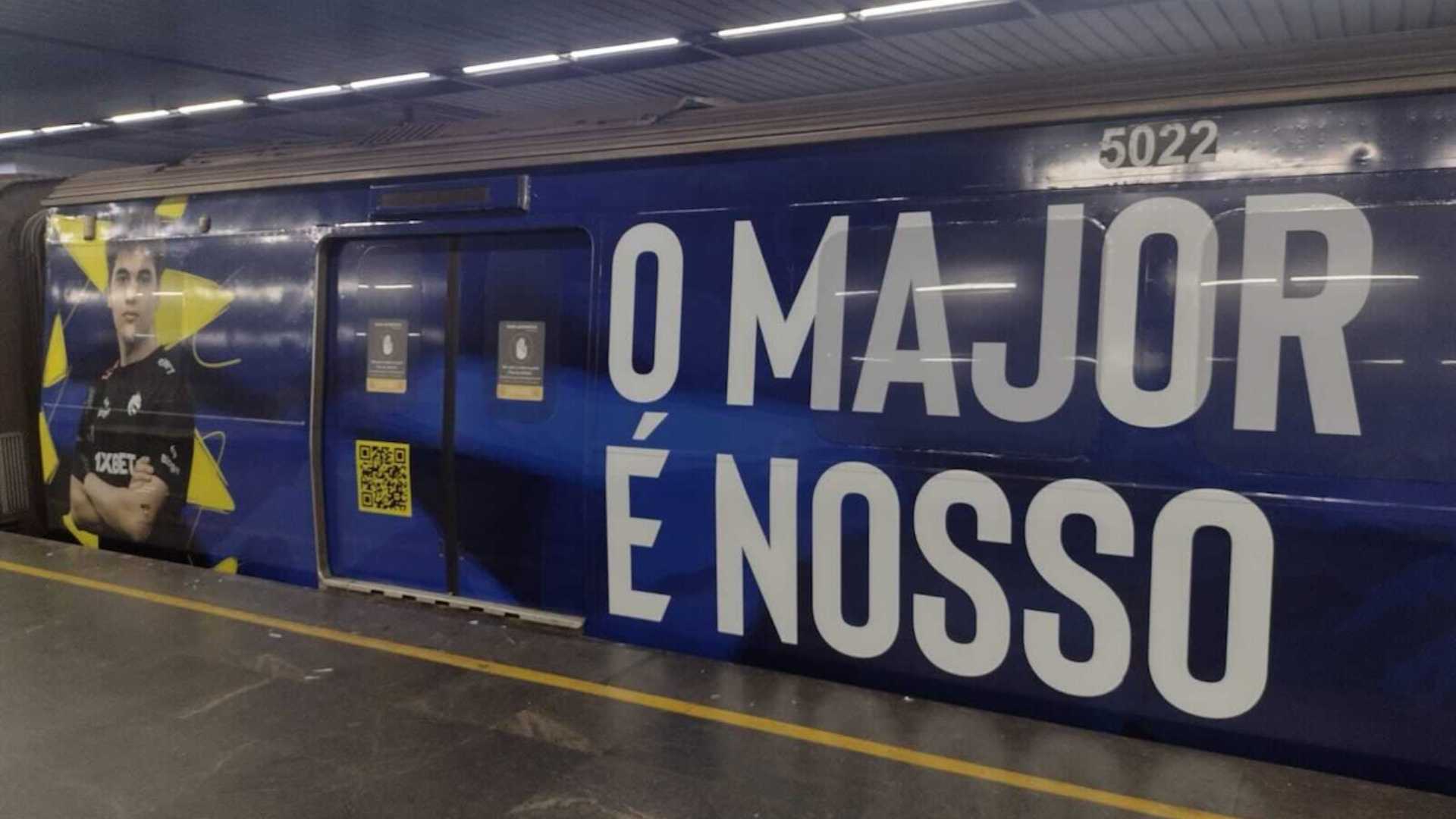 Taking over the world

Trains featuring CSGO players’ faces have been seen going around Rio in anticipation of the upcoming CSGO major.

Visitors from around the world will get to travel to the event in style, sitting eye-to-eye with the crop of CSGO players. Something I’m sure the Brazilian players and viewers love and won’t forget.

The campaign is a great way to legitimize esports in Brazil and plays into the hype surrounding the event. Tickets for the IEM Rio Major were sold out immediately, with ESL moving to extend the experience and allow more fans in the venue.

Brazil is a massive part of the CSGO community, offering us great players and a very loyal fan base of players who all care endlessly about the success of the major.

Everybody has been waiting for the moment we have a major in Brazil, and the time has finally come. It’s safe to say Brazil 2022 will go down in the history books of CSGO.

One thing is for sure; all eyes are going to be on the Brazilian CSGO players. We are on their turf now, and the pressure is on.