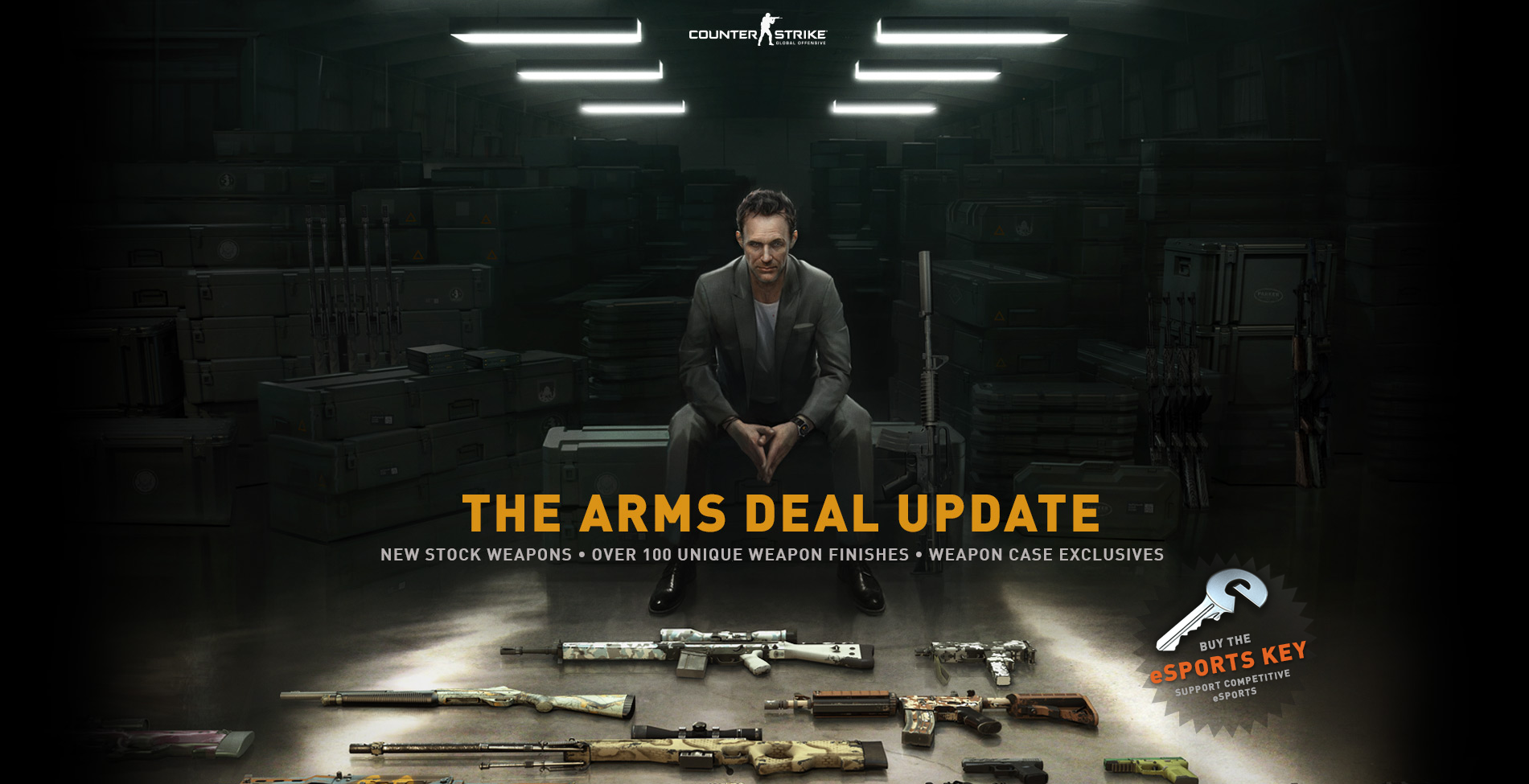 CSGO Skins: The Guide To Everything You Need To Know

What would CSGO be without skins. The release of the Arms deal update in 2013 skyrocketed the popularity of the games to heights no one could have predicted.

Over the years, they have become bigger than CSGO itself.

Here is everything you need to know to get started with skins.

How to get CSGO skins

There are multiple ways to acquire skins in the game. Most commonly, skins are bought from other players on the community market. Besides that, there’s a host of external websites where you can buy and sell CSGO skins. While these websites come with disadvantages and risks, they have the advantage that you can sell your skins for real cash and not Steam credit like on the Community Market.

Another way of getting skins is through opening cases. A CSGO skin case contains around 17 skins, and is more likely to give you unpopular skins rather than the most coveted ones. But more on that later.

The final way of getting CSGO skins is through in-game drops. CSGO will occasionally drop you an item after concluding a game and leveling up. While these drops are random, every player will get one once per week.

How to determine the quality of skins

Skins are given a float value ranging from zero to one. That value determines the quality of the image. Skins with a low float are considered high-quality skins and are the closest to the ideal condition of the skin. When given a high float value, skins become either damaged or change color.

In general, high-quality skins are more expensive than low-quality. But being low quality does not make a skin ugly perse. If you have your eye on something that is slightly over your budget, the best way to get the CSGO skin cheap is to buy it in a low-quality category.

The different Grades of CSGO skins

Some skins are just not like others. In CSGO, they are ranked by rarity, quality, and usually desirability. In general, weapon skins are graded from Consumer-grade to Covert-grade. Knives and gloves are put under the ‘Rare Special’ Grade. Every case contains a collection of either one of them, and they are the rarest things to unbox.

The Contraband grade is quite unique. In that, it only contains one skin: The M4A4 | Howl. Added in 2014, the creator of the skin used a copyrighted template to create the skin. Valve changed the skin, but the copies already in inventories stayed the same. They were given the Contraband tag, and are some of the rarest skins in the game.

Consumer-grades are the most common ones in the game and therefore are usually relatively cheap CSGO skins.

CSGO skins have always been incredibly popular. The thing that makes them unique, is their tradability. In most games, you buy a skin for a set price that you can use and will forever stay linked to your account. In CSGO, skins work very similar to stocks. Prices fluctuate, you can buy and sell skins, and the rarity of certain skins makes them incredibly expensive.

Skins can be bought from the market, both the Steam and third party markets, traded with other players, received from opening cases, and dropped to players in-game.

The price of CSGO skins can very from a couple of cents to thousands of euro’s. In general, a skin will cost you a couple of euros.

Everyone can create a CSGO skin. Most of the skins in the game are community sources, with their creators receiving a part of the revenue generated through the sale of the cases. After creating a skin, you have to upload it to the workshop and hope Valve selects it for an upcoming case.

The AWP has a special status in CSGO. Being regarded as the most iconic weapon in the game, it is mostly given high-grade skins. Because of this, skins for the scoped rifle are usually more expensive.