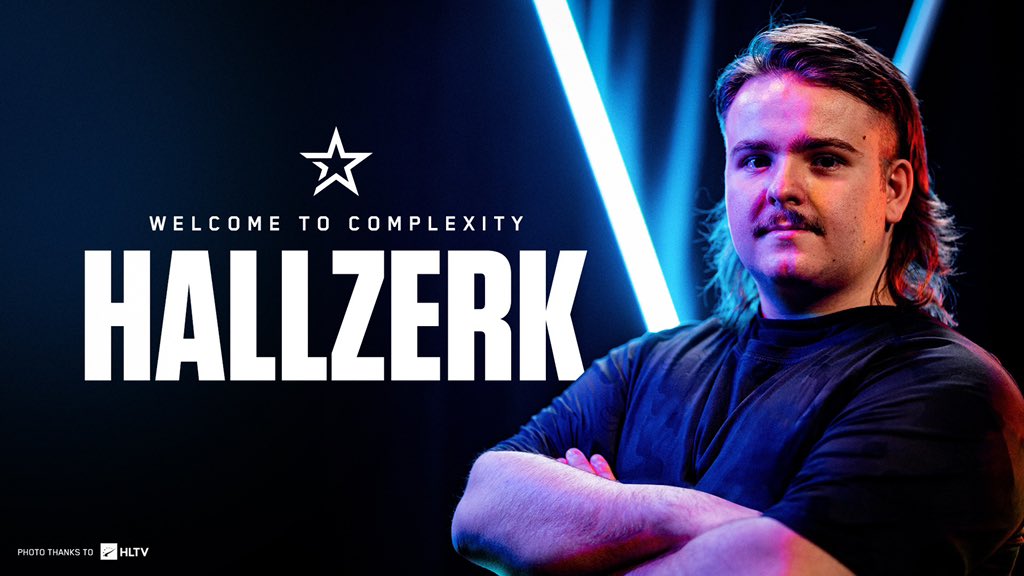 hallzerk has landed – somewhat – on his feet with this move, given that it was only just over a month ago that he was released from his previous team, Dignitas, following the conclusion of their long term project involving legends Patrick “f0rest” Lindberg and Adam “friberg” Friberg.

Although reports surfaced recently that Complexity were actively looking for a replacement for junior, this move comes to some degree out of left field – given the speed of finding hallzerk.

Fans will be optimistic that this change will bring about an improvement to their results, which have thus far been disappointing since the roster was formed by the organisation.

What’s next for junior isn’t certain, although it will likely involve a rebuilding period in the tier 2 NA scene, given that he has once again failed to establish himself at a tier 1 level just as he did previously on FURIA.

It's a start; it's not the best player possible, but hallzerk can play a bit.