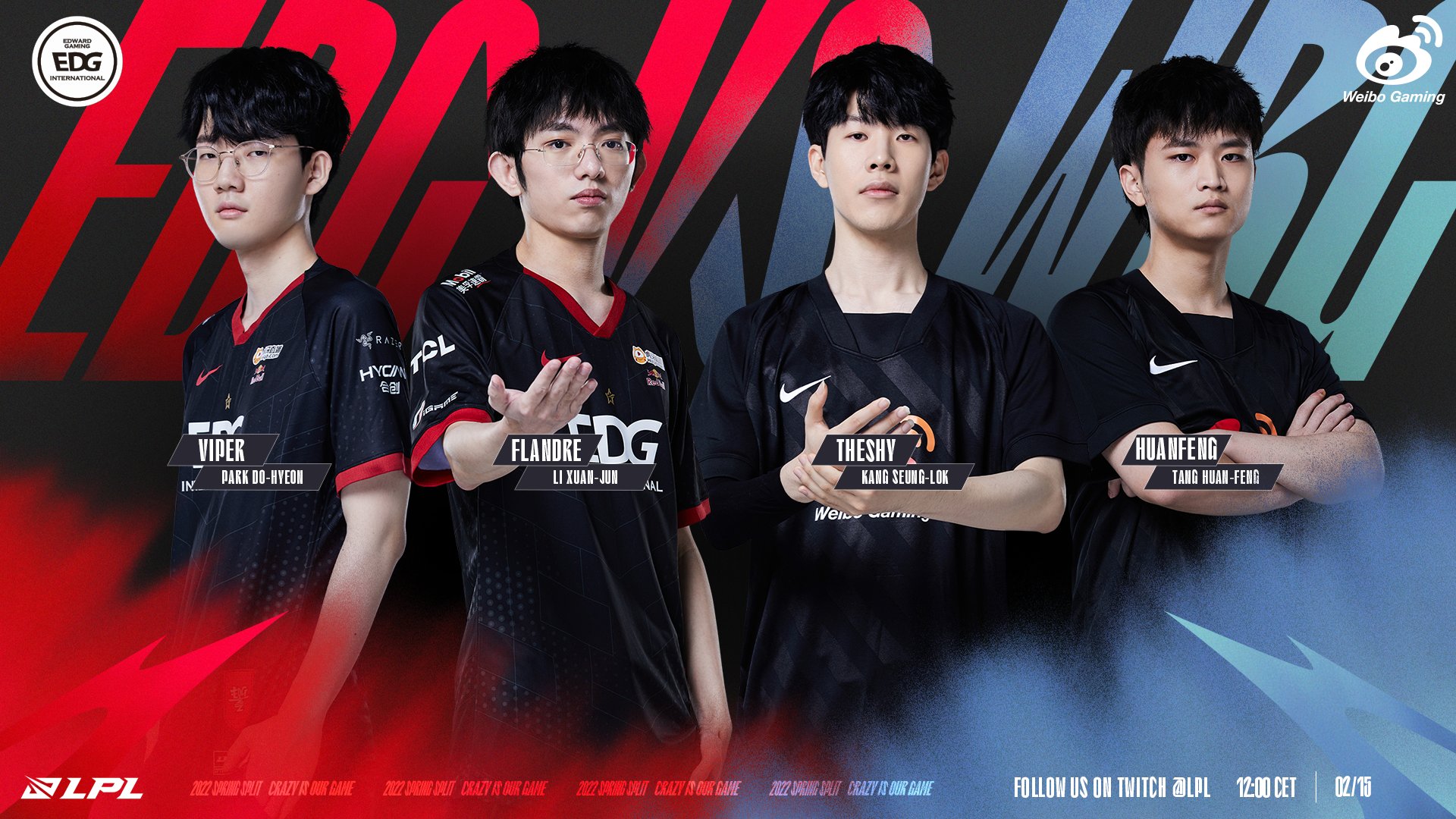 Weibo Gaming walked past EDG in a game from the LPL 2022 Spring Split. Both teams are fighting for the top spots in the league and Weibo Gaming had the ultimate edge for this game.

Although EDG fell behind in kills, they managed to stay close in the gold department for most of the time during Game 1. That was until EDG's AD Carry – Viper was caught near the Dragon pit. Weibo transitioned the important pick-up into a baron and the gold kept on increasing from that point onwards.

Weibo's strongest weapon in that game was the mid-jungle synergy between SofM and Angel, who executed their plan flawlessly. Both players deserved all the praise and their teammates should be thankful for the carry performance. Weibo was able to close the game without any issues, taking the 1-0 lead in the series.

Game 2 had a similar storyline.

EDG was getting the objectives while Weibo was getting the kills. Unlike for an LPL game, we didn’t see many kills in the beginning but EDG's top laner – Flandre was getting camped from the enemy team. The Shy was able to get an enormous advantage on the top lane and this had an effect on the team fights between both teams.

The turning point of the game was around the 25th minute where Weibo dove EDG under their second turret on mid after another great hook by Weibo's support – ON. His performance today was outstanding and we can safely assume that SwordArt will be spending some more time on the bench.

Weibo Gaming was able to close the series 2-0 comfortably and to the surprise of many, completely stomp the World Champions. With that win, Weibo Gaming have moved up in the rankings, sharing 2nd place with RNG. The team is on a 5-game win streak and it looks like there is no one to stop them as of now.

With a team this fast, even the turret isn't a safe zone! #LPL pic.twitter.com/vlmnfmxUha