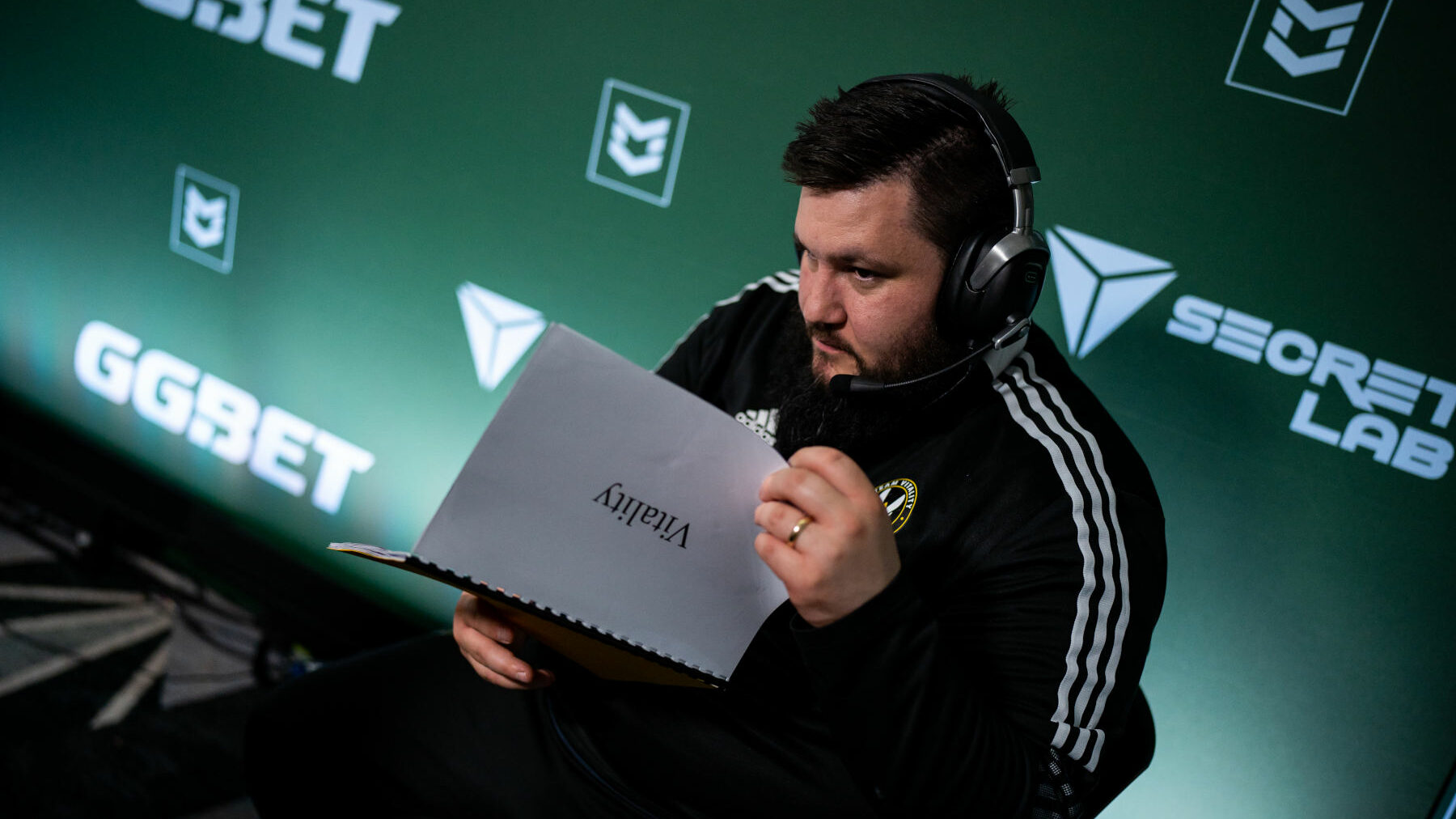 Experts often call him the “greatest CSGO coach in history”. Danny “zonic” Sørensen has lifted more trophies than most CSGO coaches ever will.

The Vitality coach won the ESL Pro League Season 16 finals a few days ago. Still, the coach has no time to rest on his laurels, as the European Major qualifier, the RMR, is starting today.

Jaxon caught up with the Vitality coach to talk about the Pro League win, the addition of Lotan “Spinx” Giladi, and how Dan “apEX” Madesclaire has matured as a leader.

– Jaxon: First of all, how does that Pro League win compare with some of the events you won with Astralis?
zonic: – It feels really really good. It’s been a long time since I have lifted a trophy, and it is a feeling I don’t think any CS:GO Players or coaches will grow tired of. When you win a lot of tournaments like we did in Astralis, you tend to go into a mode where you instantly focus on the next tournament but when you go from winning a lot to not win for almost two years, the feeling is so much more powerful.

This victory felt so good, and I cherish it a lot! Unfortunately, this time around we won’t have much time to celebrate as the RMR is starting now.

– Jaxon: How much has the addition of Spinx helped you transform into the team you’ve become?
zonic: – It has helped us tremendously. Lotan is almost a complete player already despite him being so untested when it comes to T1 CS:GO.

We fixed our main issue which was role issues within the team. Being an international team, it is a must to have all players in their natural role, and even though I think misutaaa has a bright future ahead of him, it was a must to fix this issue. Lotan bringing in the firepower as well it’s a huge bonus for us.

– Jaxon: How much confidence does that give you going into the Major?
zonic: It gives us a massive confidence boost knowing what we are working on is the right thing. I don’t think any of us expected us to lift a trophy with a new player who we have only played with for 50 days.

Unfortunately, there is no time to rest and we can only hope we take the momentum with us for the RMR, but we cannot expect it. We still have a lot of work ahead of us, and we are not there yet.

– Jaxon: Speaking of which, do you think the lack of preparation will be an issue for the RMR?
zonic: When we started the preparation for the new team, it was with the main goal of being as prepared as we could for the RMR which is a big focus point for us like any other team, obviously.

Going straight from one tournament to the other, I still think we are prepared as we are still in a “tournament mode”. Today we rest, my assistant coach and me will watch the game from yesterday, present the good things we need continue to the boys and talk about the things we can improve for tomorrow’s game.

– Jaxon: How has apEX evolved as an IGL throughout the year?
zonic: He has so much influence on the team, both when it is going really well but also when we have tough games. We have worked a lot with him about being calm in difficult situations, and the EPL final showed me that his improvements has improved so much from last season.

The game against Liquid had everything yesterday. We tried being destroyed on Inferno, we tried winning big on Dust2, we tried choking on Mirage, we had a tough tough game on Overpass that could go both ways and we tried almost the same on Vertigo as we did on Mirage.

These types of games, requires an IGL who keeps focusing on solutions even when it is tough and that I can thank Dan for. This wouldn’t have been possible without the staff and our sports psychologist Lars Robl has worked with Dan a lot this year.

– Jaxon: What are your feelings on BO5 finals?
zonic: I understand both sides. I see it from a TO’s perspective that there is a commercial aspect that needs to fulfilled in order for them to attract more income from sponsors.

However, I also see the issue from players, coaches and maybe even spectators who feel it is really tough in terms of preparation, focus and high class of CS:GO. I don’t have the solution, but I can’t imagine a World where the first two maps potentially could have been as close as on Mirage yesterday against Liquid.

– Jaxon: What are the next steps for Vitality to solidify your spot at the top?
zonic: It is to keep being humble. Despite us playing above our own expectations so far this season, we still have a lot of work to do.

We are heading into the right direction, and I am so proud of the work ethics and dedication shown by all the players, but we still have a long way to go.