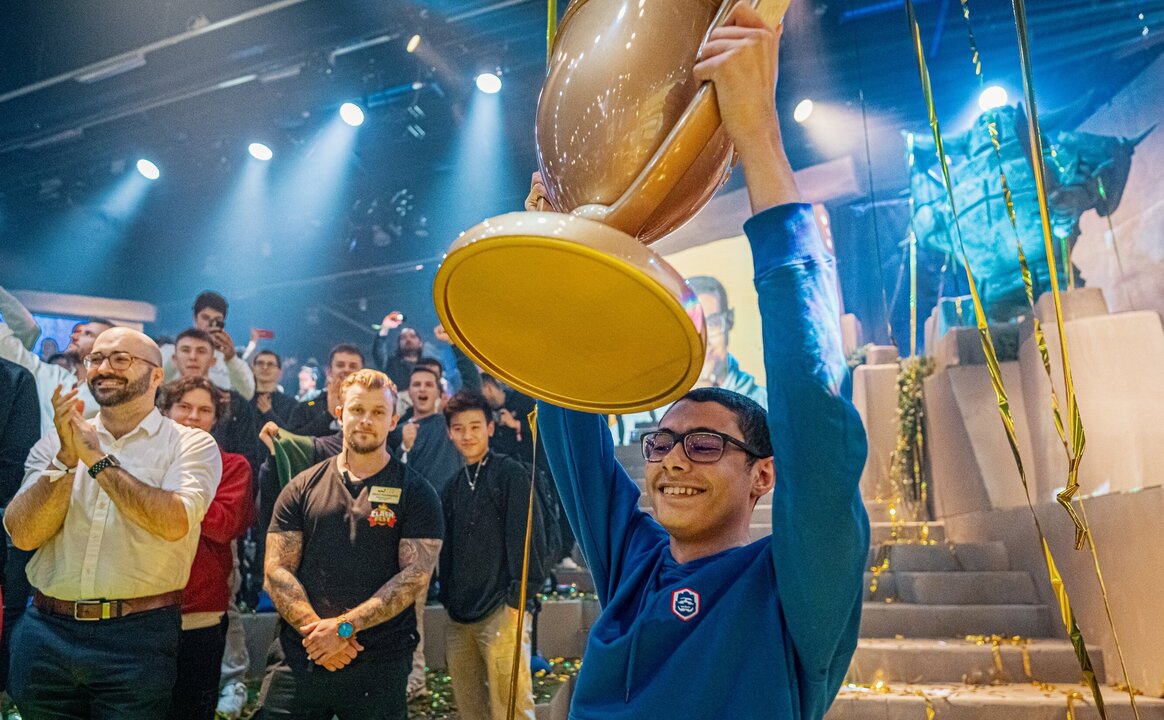 Fit for a champion

Mohamed “Mohamed Light” Tarek, the Egyptian Clash Royale professional who recently became the 2022 Clash Royale world champion has been receiving a lot of attention, and rightly so.

The player, who hails from Egypt, put up a dream run in the lower bracket of the Clash Royale League (CRL) World Finals 2022 to take the crown.

Besides pocketing $250,000 of the $1 million prize pool, Mohamed Light has received honors from his country and high school as well.

The player received a certificate from the Egyptian Minister of Youth and Sports, Ashraf Sobhy.

The CRL world champion also received a plaque from his school, the Delta International Language Schools. It reads that this was awarded to the Clash Royale player “for his distinguished performance and eminent achievement.”

Mohamed Light came into the 2022 World Finals in Helsinki, Finland as one of the strong favorites. The player suffered heartbreak last year after losing in the grand finals to Japan’s Mugi.

Despite being one of the favorites, the player lost his first game to KK 2-0 and was sent to the lower bracket.

The pro didn’t lose hope, though, and several intense games of Clash Royale saw the Egyptian complete a dream in the lower bracket to reach the grand finals.

Along the way, he was also able to get revenge on Mugi, who denied him the crown in the grand finals last year. This time, Mohamed Light defeated him 2-0 in the lower bracket semifinals.

In the grand finals, Mohamed Light faced SK Gaming’s decorated and experienced player Morten. The German came into the grand finals in hot form after dropping just one series in the upper bracket.

The Egyptian proved to be the better player that day, though. He took down Morten 2-0 to become the 2022 Clash Royale World Champion.

It's amazing to see the support that Mohamed Light is receiving.