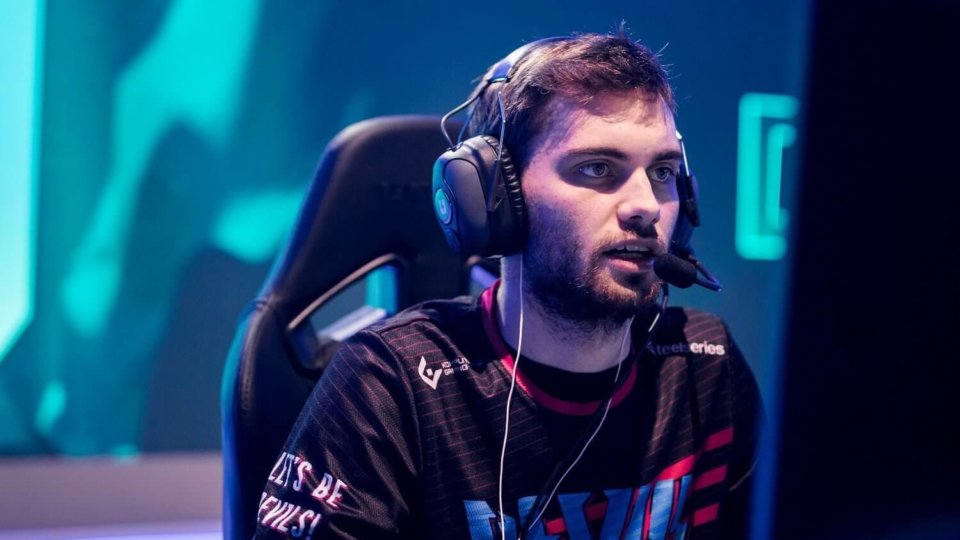 After a rough start to the split, BDS have clawed their way to within two games of the playoff conversation. Cinkrof joined Jaxon for an interview after BDS's 0-2 week against MAD & G2 Esports. 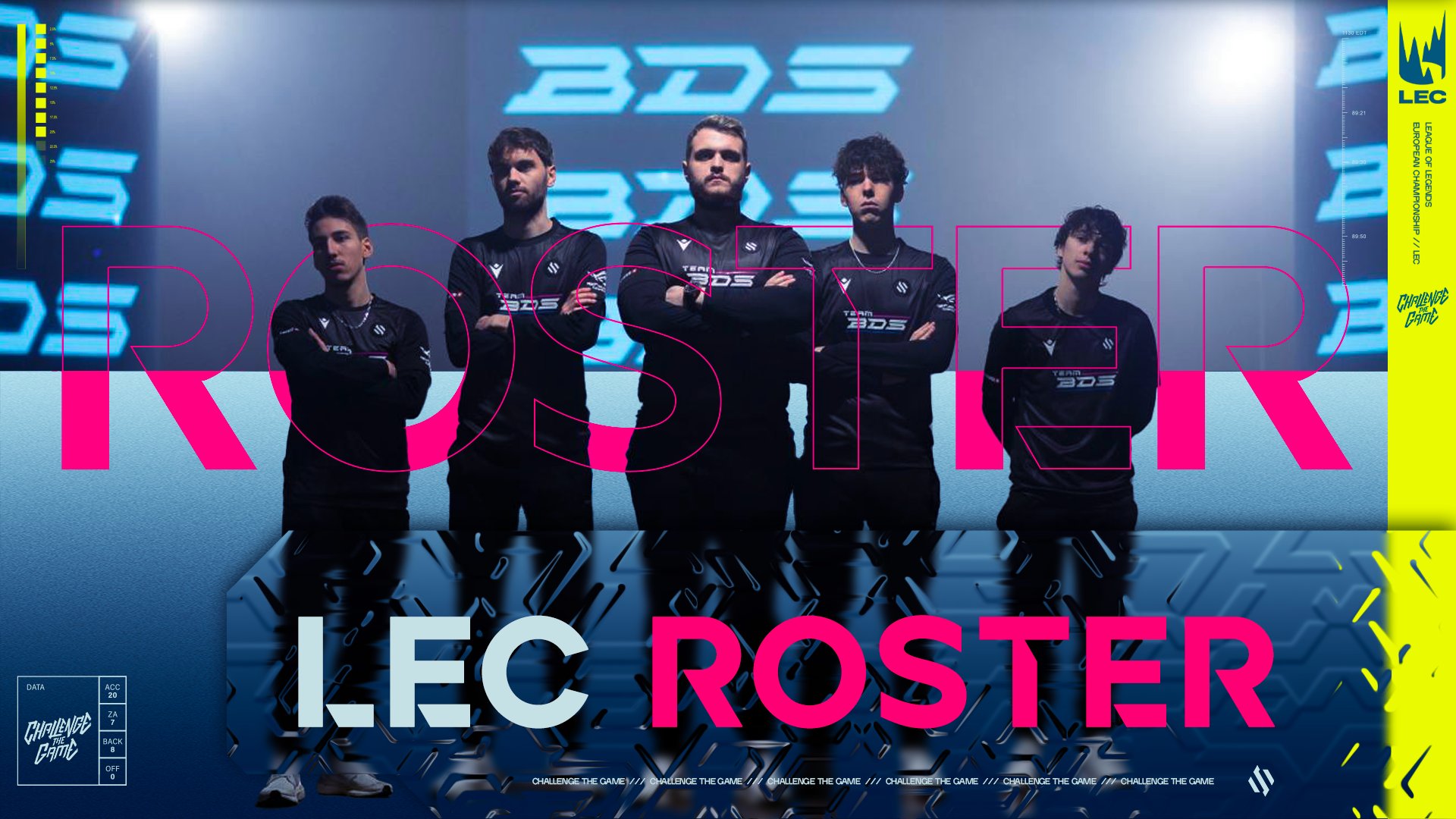 Despite the 0-2 week, you have been slowly progressing towards your goal. Tell me your takeaways from last week - and especially from the game against MAD Lions.

For me the last week was kind of hard, like emotionally.

Against G2 Adam died two times but it happens you know. I wasn't mad because we actually played well as a team.

I was really happy that we could bounce back and challenge the enemy, even though the game should be lost level one. The game against G2 I didn't mind but after the MAD Lions game, I was actually really fuming (laughs).

I just think that we shouldn't lose this game, and if we want to get playoffs, which I think is the goal for everyone, we need to win those games.

If we are ahead and the game is easy, we just need to listen to each other and play as a team. That's why I was a bit frustrated but I think it's ok to let the frustration out if it's not personal. It's a team in the end.

I think it's good that viewers can see the emotions because, in the end, everyone wants to win.

I have a winning mentality and I am not here to chill and just get a salary.

If we compare BDS from week 1 to BDS to now - mid split, what do you think has improved in the team?

The first week, I actually think we were terrible.

We had a really good practice; we won a lot of games in scrims but we actually played really badly on stage.

We couldn't find the macro, we didn't know how to play around herald & drakes and we were terrible. I think after the second week, it switched.

GrabbZ and Duffman helped a lot with the macro and how we should approach the game. I think we did step up in the next games, especially versus SK and Astralis.

People can say that they are the worst teams but I think it's still important to challenge those teams in a way. It is a Bo1 and you could see that Vitality should have lost against Astralis, for example.

Maybe, they thought that it would be an easy match and that they would chill, but Astralis smashed them completely in the early game.

I think if Astralis wouldn't be BDS (laughs) they would close the game with such a big lead.

I am actually happy with the progress we are making but there are just a lot of individual mistakes. As a mid-game decision in terms of warding etc, we need to work on them.

We are a new team and, for example, there were teams like Rogue that were not playing well at the beginning and are now 9-0.

We just need to keep working, keep believing and keep trusting each other because I think this is the most important.

Ok today I played fucking good in terms of communication, also im really happy that we managed to step up with macro. Super proud of progress made by team mates and myself. Lovely week. ❤️
time to get drunk and celebrate a bit😎

You had a fairly hard schedule and you started the split 1-4. How do you think it (the schedule) affected the team mentally?

I mean, I really wanted to win, since I didn't win a single game in the LEC.

I was really motivated to win at least one game, so it felt nice to win that. In terms of playing vs good teams, I didn't care, personally.

We played vs. Fnatic first game and I was not stressed at all when the game started. It's good to play versus top teams because there are no expectations and you can play as an underdog.

I think it's a good position to be in. I was in this position in Kcorp as well, in the Spring Split at least.

People didn't really believe in us even though we were playing really well. I like to be in this position, I think it's a nice feeling.

Since you played in both the ERL's and the LEC, what is the difference between the pressure to perform in them?

I would say that the mentality is different.

Of course, you should approach every game in the same way but it's not that easy.

I feel like you try more if you play in the LEC because it's the end goal for every player. The pressure is much higher and the training is different.

You get to play vs LEC teams and top ERL teams. In Kcorp, we played LEC and top ERL teams too, but we also had those days where we faced bad teams and you can't really improve against them because you beat them fast and it's hard to make the practice useful.

Also, working with Grabbz is really insane. This guy is just a god in my opinion.

He won so many titles and has so much experience. Also, Duffman; he is very smart about the game.

And what is your way of dealing with pressure?

For me, it's still a learning process, I guess.

I have some ways to deal with pressure or at least to realize when there is pressure and I see that I start panicking.

I have those ways to realize it, I don't want to really share it (laughs). I’m still learning but, for example, I was really stressed against Astralis.

Even though I got MVP and I played quite well, I still felt like I wasn't playing well and couldn't communicate with my team and share my thoughts in a good way.

I don't think there’s a recipe, I think it's good to be stressed in a good measure.

If it's too much, you cannot play. Otherwise, it's fine.

My previous team, Kcorp, also helped me because we played on the big stage with a lot of fans. (The experience) helped a lot with dealing with stress.

Now you will be going back to the stage! How is the team feeling about it?

I think it will be fine. Adam has already experienced playing on stage - Limit and Matty also. And Nuclear played some games on stage as well.

It should be fine, but this week is all or nothing for us for the playoffs.

There are a lot of expectations on us and we expect a lot from each other. This week is all or nothing.

Before I signed with BDS, I was saying to myself that if I ever get an opportunity to play in the LEC, I want to play well and prove that I belong here.

To me, it's not instantly about winning the LEC because - let's be realistic – it’s a team game.

Everyone needs to play towards the same goal. Even if you have one insane mechanical player, it’s not enough.

It shows even in the other teams. My goal was just to get playoffs in the first split and then we’ll see what happens from there. I want to prove to people - and myself - that I can be good and that I can compete with those insane junglers.

It's been almost five years since you were in the LEC (EULCS back then). If you compare your time back in Origen to now, what do you think has changed in the top league?

Back then people were not focusing on macro, I think. There weren’t many macro aspects like nowadays.

People were not playing around the tempo that much. Also, there were not many good coaches back then compared to right now.

Of course, the game evolves and advances every year.

I think that's it, mostly - basically the approach to the game. Since franchising came to the LEC, I think the professional aspect of the organizations and the industry has gone up.

People could say that there are some organizations that don't care about winning and they should be kicked, but I disagree.

They care and give their players the best conditions possible to perform. Honestly, everything has improved.

What are your thoughts on the enchanter meta? We have already seen it in the LCS for a couple of games but do you think it's coming to the LEC as well?

It reminds me of the Yuumi or when you were playing Ardent three or four years ago - I don't really remember.

You used to pick Ardent and just scale to 2-3 items and just win the game. It was the same when Sona was broken. Even if you were 10,000 gold behind, you get two items and win automatically.

It kind of reminds me of that and also there are a lot of random champions like Gwen, Xin & Qiyana that are unhealthy. Also, AD's like the new champion Zeri.

It’s weird the way Riot wants to go with the champion approach. I would prefer it if they changed some old, forgotten champions.

I think they should just focus on them and change them into new ones while still sticking to the basics of the champion. They did it with a few champions and it went fine.
To me, there are so many changes during the season, so many patches and the game is not stable.

I don't think it's even healthy for the professional players. They need to play so many games and it could result in burnout for some.

I would prefer it if the game is a bit more stable and if there’s a patch or a new champion once every two months.

Sometimes, I’m not even sure if Riot knows what they did in the patch. I feel like they just do the patch and suddenly it appears that something is broken and they're like, 'Oops, we need to change it.'

It's understandable that they don't want to have the same meta for one year – yeah, that would be boring - but I just feel like there are too many changes.

I would like to finish the interview with a rather curious question. Can you tell me how did you come up with your nickname?