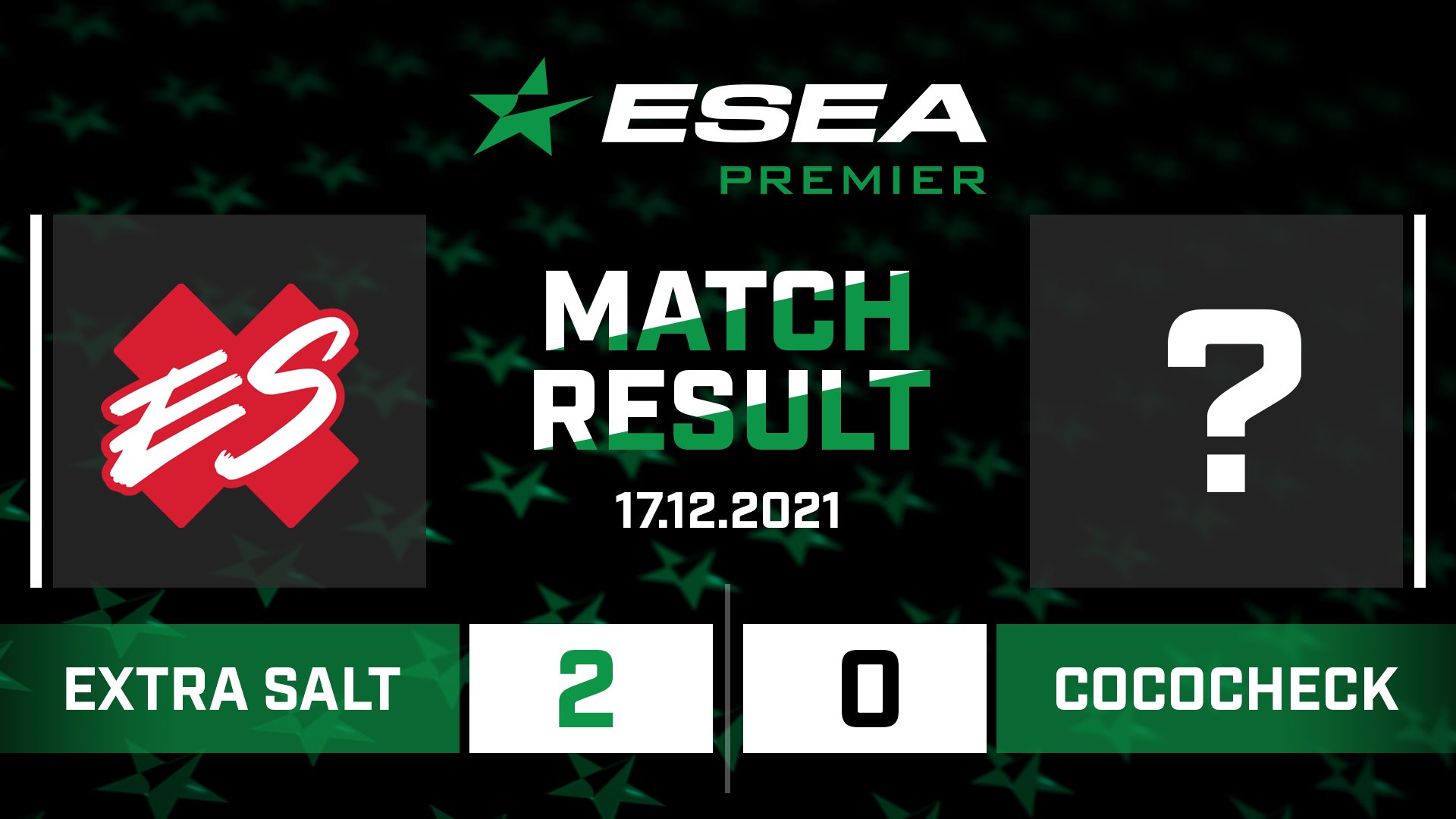 ChocoCheck beat out paiN Gaming to make it into the ESEA Premier final against Extra Salt, but were forced to forfeit after three of their players were unavailable to play.

Meanwhile in NA, we have ChocoCheck forfeiting the grand final of ESEA Premier as 3 of their players are suddenly unable to play

They beat TeamOne, RBG, and eliminated paiN, only to do this

There was a lot of anger directed towards the players, some of whom have history of similar behaviour, and their Twitter antics did little to dissuade neutral onlookers.

yeah my bad my parents planned this 6 months ago. not like i finished finals 3 days ago and just started christmas break. absolute moron of a human being. convinced u have an extra chromosome

Unfortunate, or a dick move?

While it's obviously an irritant for the NA journalists and fans who want to see their region succeed, these things do happen. Carson had a holiday booked and wasn't expecting to play, and apparently there was no internet for one player and an emergency for another - it's hard to prove truth or lie on either of those.

That said, the adverse reaction from many is largely due to the amount of times this has happened, and just how amateurish it makes the whole scene appear. This was a grand final with a chance at real money and a real shot at the big boys; surely you can plan around that.

But how can you plan for an emergency? These are unpaid players, and it's difficult to be too critical of non-professionals for a lack of professionalism.

It does little to make the NA scene look legitimate, but perhaps questions should be pointed at the teams who manage to lose to unprofessional, unpaid players too.

Yeah, it's quite an amusing situation, but past that it's a sad one; and if it weren't for rumours surrounding the individuals involved, I think that people would be more sad that a team of friends managed to even make it this far.

Until proven otherwise, this is just a bit of a shame.