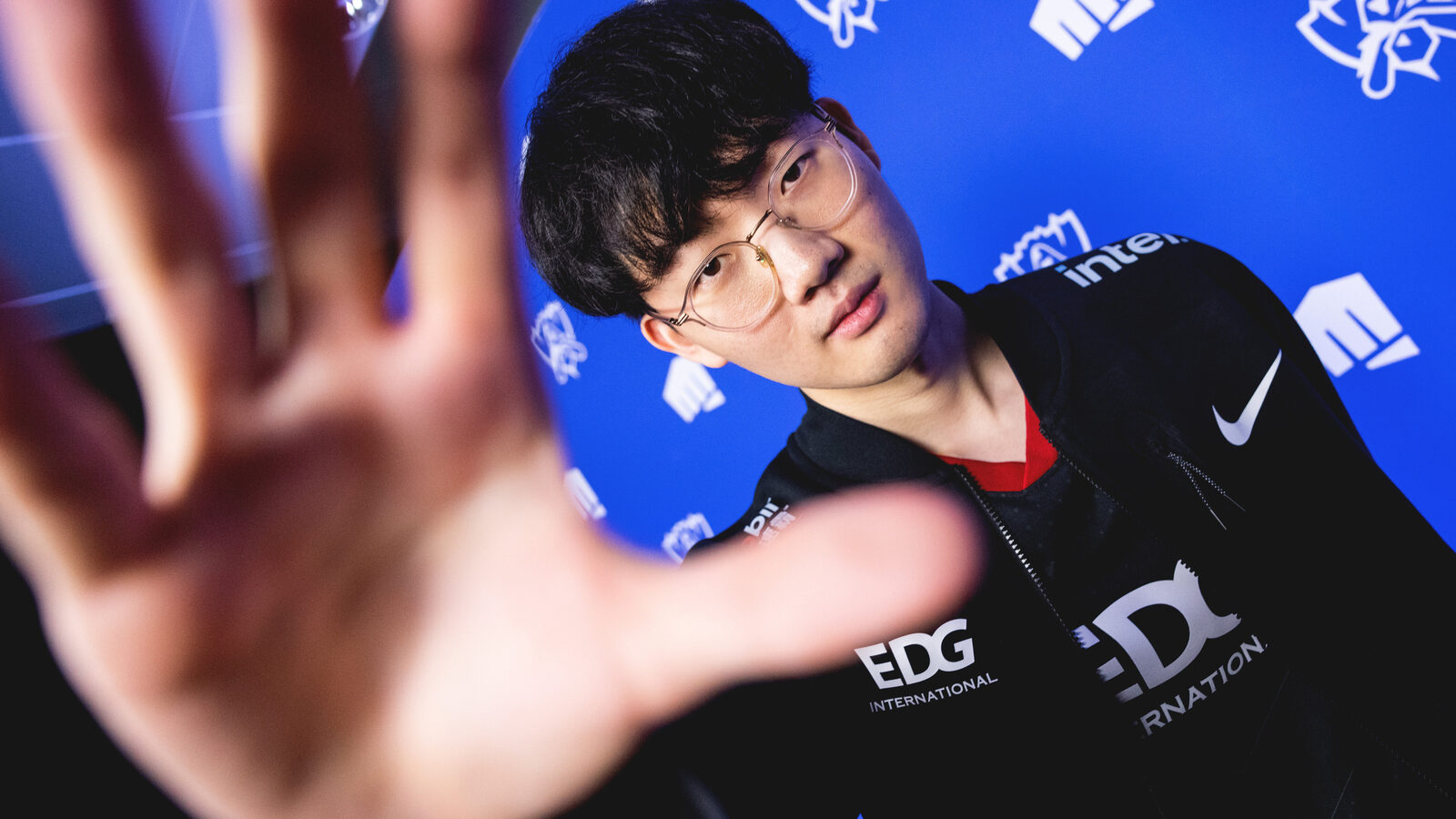 Chinese League of Legends fans have resumed their yearly tradition: to predict their teams’ fortunes at Worlds 2022. In doing so, they have asserted a decade-long tradition: to doubt EDward Gaming’s ability to play consistently.

Twitter user and notable LPL (and, especially, EDward Gaming) fan iCrystalization shared the information via Twitter, sourcing a Weibo thread in the process.

Although Chinese LPL fans are bullish about the prospects of their other teams, EDward Gaming does not share the same treatment. Despite being the incumbent World Champions and scoring the #3 LPL seed, EDward Gaming have asserted themselves as the most inconsistent team throughout 2022… and throughout the years, to be fair. In fact, the only consistent bit around EDG is Lee “Scout” Ye-chan’s presence on the lineup since 2015.

The tweets above say the truth: EDG is the only team in the world who could convincingly lose to a European Masters team, yet crush TOP Esports, Gen.G, and JD Gaming on a good day. If anything, in 2021, they lost to 100 Thieves in the group stage, only to win an unprecedented world title.

In 2017, EDward Gaming drew SK Telecom T1 (now T1), Cloud9, and LMS representatives ahq e-Sports Club. In what could have been an easy group for them, they flopped in a way that was as spectacular as it was memorable. Sorry, EDG fans, for the following link—but you may have expected this.

Once again, EDG has drawn T1 and C9 in their group. As was the case in 2017, they have the tools to beat their opponents top to bottom from a positional standpoint. But they also have shown inconsistency levels that are alarming as their 2017 levels. As such, fans are ready for a major letdown on that front, “rightfully?” noting them as a “group stage at worst, champions at best” team.

At least, China’s hopes at the 2022 League of Legends World Championship are in good hands: JD Gaming and TOP Esports, two teams whose rivalry is similar to that of Royal Never Give Up and Invictus Gaming in 2018, were in peak shape at the LPL summer playoffs.

Many fans and experts in the western scene regard JD Gaming and TOP Esports as title frontrunners, and Chinese fans share that sentiment. Indeed, in their predictions, JDG and TOP figure exclusively in the “semifinals/champions” category.

Meanwhile, due to their shaky play at the LPL summer playoffs, Royal Never Give Up is in the “group stage/quarterfinalists” category. Should RNG advance through the play-ins (as they should), they will join Gen.G, 100 Thieves and CTBC Flying Oyster in Group D. In such a group, it would be difficult for them to fall before the playoffs.

As for EDG, at least they’re aware of how much of a mess they can be—even on their best year ever. From “4396” in 2016 to 2021’s worlds trophy—including Faker’s shockwave that found them all—they find ways to scar their fans’ minds… and delight them later.

Imagine if EDG is the last hope again, somehow, some way… Truly terrifying.

Being an EDG fan is torture, but how can you not love them, blunder or not? Either way, I’m spamming 777 in chat at Worlds.