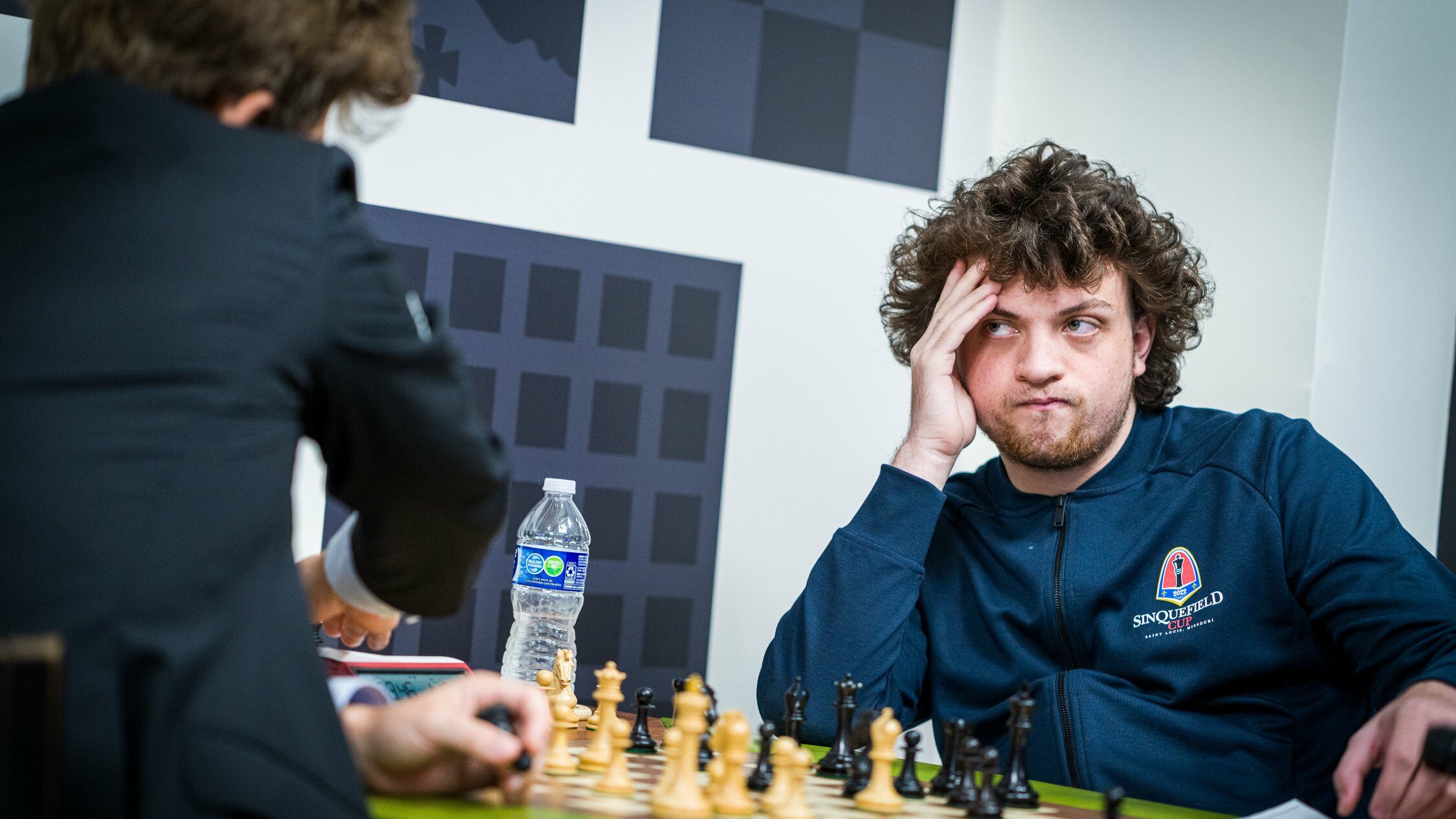 The chess community is in an uproar, after Magnus Carlsens withdrew yesterday from the 2022 Sinquefield Cup following his defeat to Hans Niemann.

The tournament with a prize pool of $350,000 is being played in Saint Louis, Missouri, with 10 of the best players in the world competing. Magnus failed to show up to his next game against GM Shakhriyar Mamedyarov. Shortly after he announced his withdrawal on Twitter.

This unfolding of events has caused quite the discussion online. GM Hikaru Nakamura, the most popular chess Twitch streamer, has been throwing accusations against Hans. Hikaru revealed on stream that Hans has previously been banned from Chess.com for cheating.

Throughout his stream yesterday, Hikaru hinted at many “known” facts about why Magnus withdrew and Hans’ past. Hikaru has been quite vague about the whole situation, as all of which has been said is alleged.

Some of the more damning “evidence” against GM Hans Niemann is his claim in a post-game interview that he studied how Magnus was going to play. The evidence in question is that Magnus Carlsen apparently has never in his career played the Queen to G3 line before.

Currently, the tournament is still being played and reaching its conclusion throughout this and next week. Many fans are split in their opinion. Many of those defending Hans argue that it is not possible to cheat in a live tournament. We will keep you updated as more information comes to light.