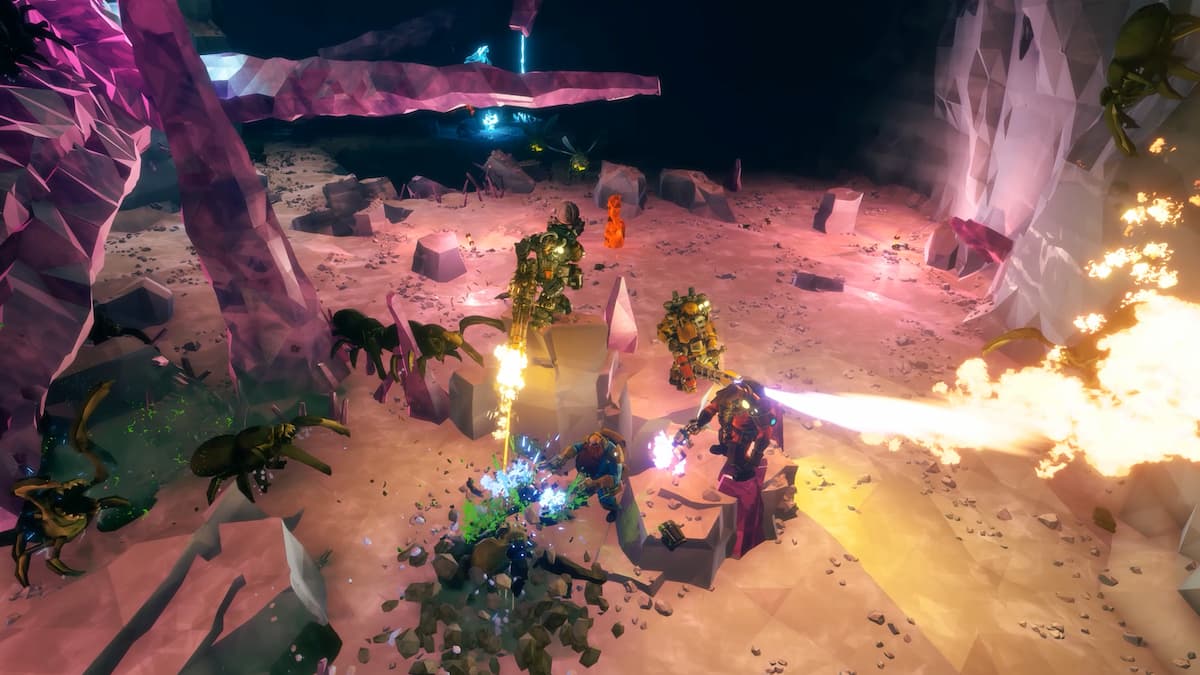 Cheap Steam games for a fun night with friends

Gaming with friends is always a good time. I can’t tell you how many great games that are out there waiting to explored with the homies.

However, the price of admission can be a little too steep for one night of fun. Not everyone can spend top dollar on the latest and greatest game because of stupid things like “bills” and “priorities.”

Have no fear fellow gamers!

I’m here to show you all the great deals to keep everyone involved and focused on the number one priority: fun.

Here are five of the best cheap Steam games that you and your friend group should pick up.

I don’t enjoy cleaning, but PowerWash Simulator made me realize it can be fun only if it were a video game.

As the name implies, you are in charge of a power washing business. You earn money for the business through various contracts that have you cleaning locales up. After completing contracts, you can spend your hard earned cash to upgrade your equipment.

The game is that simple.

In a day and age where games have been increasingly complex, there’s something magical and engaging in the simplicity of being a power washer. You can just turn off your brain and power wash a playground with up to six friends.

The game is currently in early access with the team constantly looking to improve the mechanics and adding more content to digest.

Again, I don’t enjoy cleaning, but playing this made me want to rent a power washer.

If you and the crew are looking for a more dangerous way to make in-game money, Payday 2 is the game for your team.

PayDay 2 is a four player co-op experience where you play as a robber tasked with completing various in game crimes. These can range from robbing banks, rigging elections and other shady contracts.

Completing the crimes net you experience points, to beef-up your robber, and money which can be used to purchase different masks, weapons and modifications for said weapons.

Outside of committing crimes, there are RPG elements attached to this game. You have five different classes to choose from – each with unique abilities to make your heists easier. There’s a lot more to this game than you think, and it makes for a good time being a bad dude.

Payday 3 is an older game – released in August 2013. That said, the developers consistently support and add content to  it. Nine years later, they just reworked the game’s “prestige mode” and added new game modes to keep players engaged.

The developers are working on PayDay 3, but while you wait, check out this cheap Steam game.

Golf With Your Friends

Let’s reel it back in after the criminal talk.

If you’re looking for a more chill experience, Golf With Your Friends is a hilarious time.

Even though this is a game about golf, it putts (pro golf speak) players into the world of mini golf. You and up to twelve friends battle it out for top golfer across thirteen various maps and eighteen holes.

The game is simple to play and a riot when the lobby is full of your friends. All twelve of you can putt at any pace making the game hectic and filling up the Discord call with laughter.

Go out there and get a hole in one champ.

If you love board games and have never heard of Tabletop Simulator, you’re missing out on an excellent title.

Tabletop Simulator is exactly as the name states; you can play tabletop games with your friends. There are up to fifteen board games, but the game excels outside of those set games. The developers have allowed creators to import almost every board game known to man through the game’s Workshop mode.

Want to play Cards Against Humanity? Go right ahead and create your evil story.

The best part of Tabletop Simulator comes from the table itself, not the games. If you find yourself in a losing predicament, you have the option to flip the table ruining everybody’s experience. It’s a silly mechanic but quite enjoyable when you inevitably lose your cool.

Just don’t be the person to do it more than once. That’s frowned upon.

This title is a bit on the higher end of the “cheap Steam games” scale, but it’s so good that I have to recommend it.

Deep Rock Galactic puts you in the role of a mining space dwarf who is sent on a variety of missions such as mining minerals or collecting alien eggs. You select a mission, complete the task and are rewarded with currency that can be used to upgrade your dwarf.

Think of this as a combination of Left for Dead and Minecraft but with hilarious space dwarves.

That sounds pretty rad if you ask me.

The game features light RPG elements with four different classes boasting unique abilities to aid your quest of space mining. The game also offers four player co-op which should be the only way you play this game.

The more the merrier.

As I mentioned, it’s a little bit on the higher side of pricing, but Steam typically runs special deals so often with this game being featured in said sales. You have to pick it up.

Go mine some ore and make it back in one piece so you can have a celebratory brew with the gang.