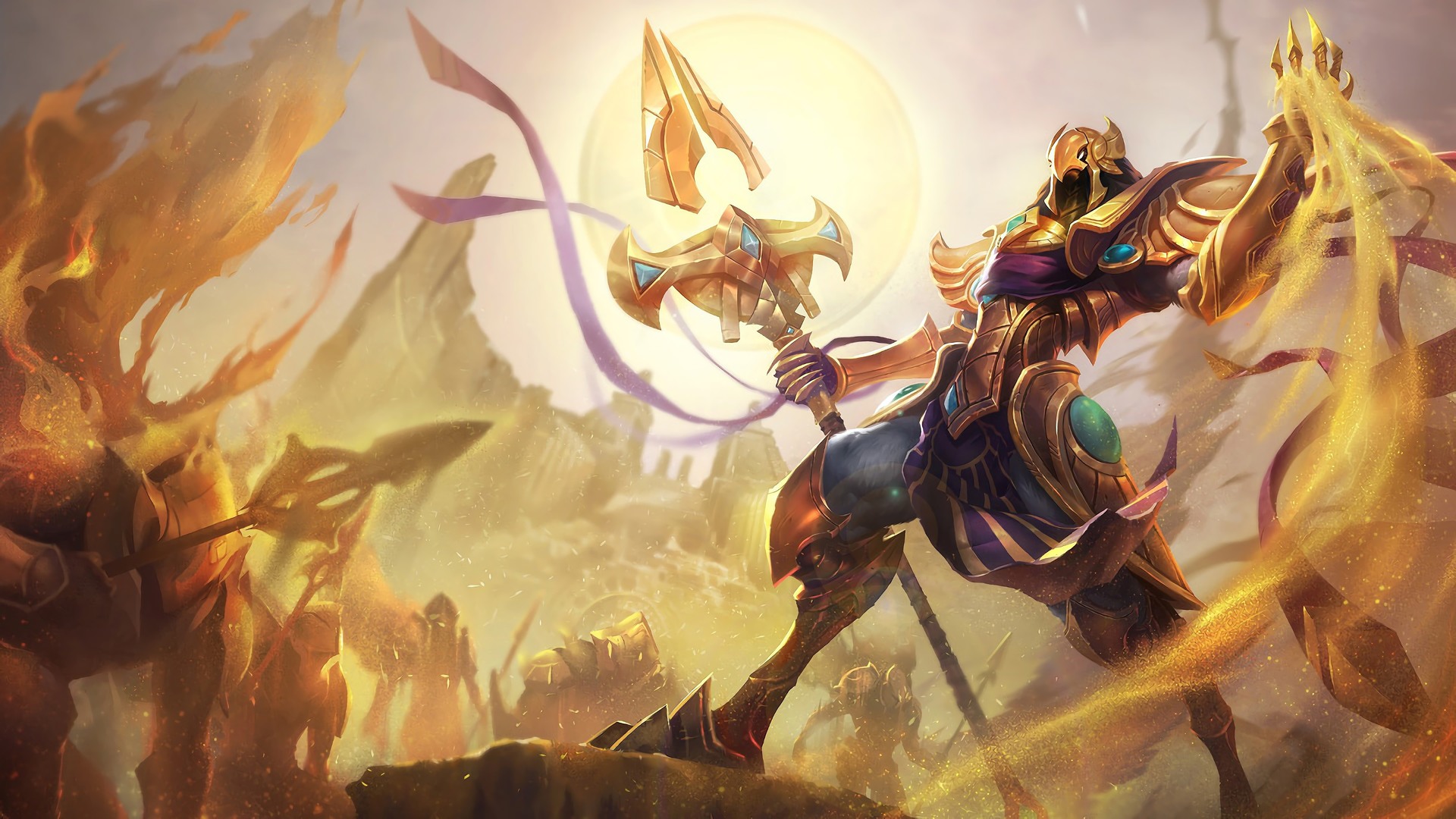 Riot Games has given Azir the Championship Skin treatment for the 2022 League of Legends World Championship.

The skin line usually features champions that were prominent throughout the season, and Azir fits into this criteria. Although the skins aren’t available most of the year, players can purchase them during the yearly Mid-Season Invitationals and World Championships (with the exception of the first one).

Although the splash art isn’t available at this time, YouTube channel SkinSpotlights has released footage of the futuristic-looking skin. Six banners replace Azir’s wings, all with Worlds 2022 logos and branding. His recall animation showcases the world map on some sort of holographic projection underneath him.

The skin would fit right into the Mecha skin line, and we can’t blame anyone who thinks that Riot have altered “Mecha Azir” and shipped it in World Championship packaging – down to robots emerging from warp gates instead of sand soldiers.

That said, his ultimate’s animation details, and his Passive’s Sun Disc turrets look extremely cool. As is, the skin outperforms previous skins in its splendor, and its changes warrant a high RP price tag; but one must wonder if they might choose to release it at the 1820 mark, lowering its audience.

As Azir receives a World Championship skin, he follows a long line of popular champions with considerable impact on the competitive scene and in solo queue. However, one of them has two skins—one of which is unavailable: Riven.

How does Riot choose the champions for these skins?

Riot Games addressed this point in 2016 on Reddit and stated that a champion’s overall impact on the competitive scene is a major factor. Yes, we went far into that rabbit hole to dig that up.

As Riot chooses champions way ahead of time, nerfs may happen as was the case with Zed in 2016. By the way, the champion hasn’t exactly recovered since then in the competitive scene, has he?