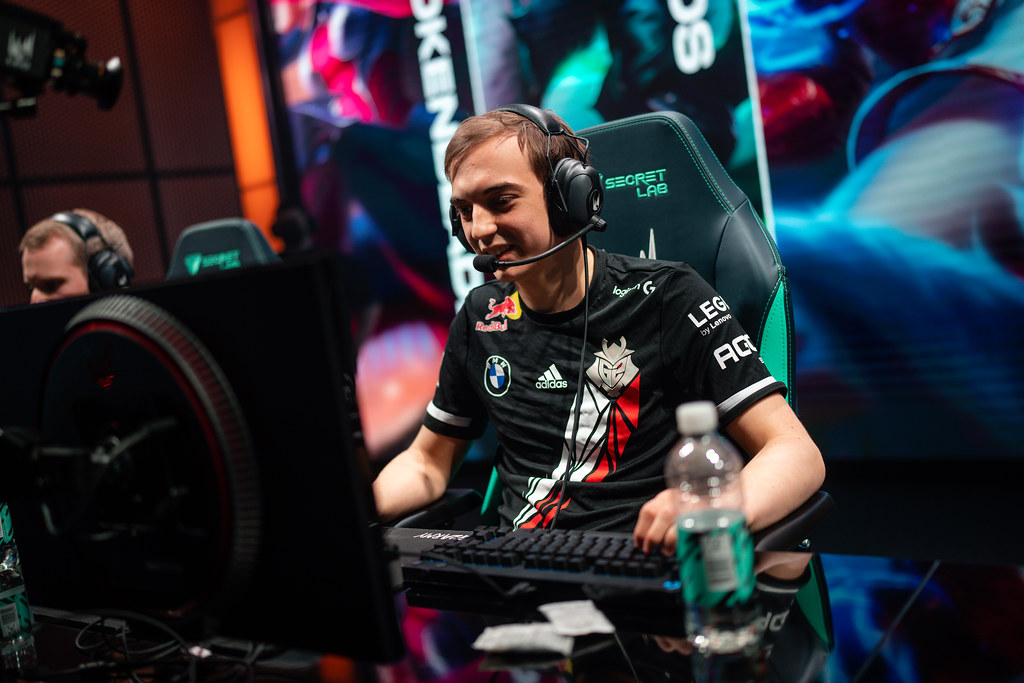 Caps: “The beauty of lower bracket is that you can steal from the teams that you lose against”

After dropping to the lower bracket in the LEC playoffs, G2 Esports is looking to climb all the way back to the finals. The first team on their way, Team Vitality, were supposed to be a heavy challenge but were merely a small obstacle after the 0-3 defeat. Following the victory, Caps joined Jaxon for a post-game interview: 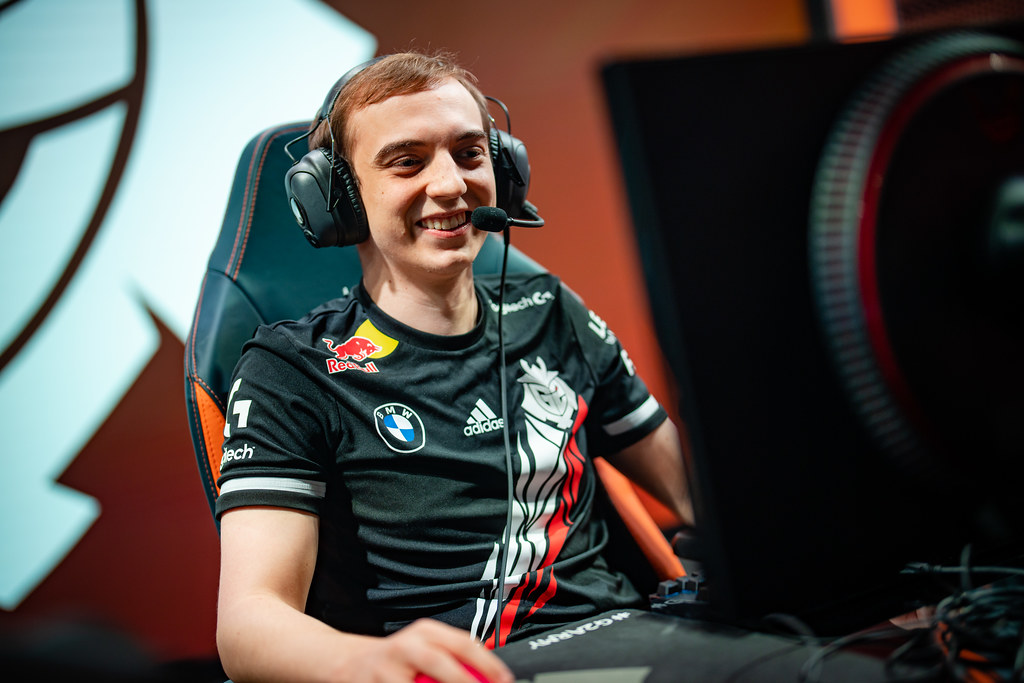 Congratulations on the Victory! I wanted to ask you about your thoughts on the series and please tell me more about Game 3 in particular.

It’s probably the most excited I have been for a series that is not a final or semifinal. It was really exciting because I was playing against Perkz, and that makes the game more hyped and the series itself.   We were kind of falling behind in a lot of the early games, but we were pretty calm and collected, and we tried to get what we could, slowly climbing our way back.  Obviously, Game 2, [Broken Blade] took over the game. And for Game 1 & 3, we were waiting for the opponents to make mistakes.

Specifically, Game 3, was a crazy one because we fell so far behind but a few good calls, we always knew what they want to do, even though they were so far ahead. We contested a lot of waves, even if we were behind and, of course, Jankos’ baron steal was huge and all the shutdowns that we got: THANK YOU RIOT for giving us all the shutdowns, I appreciate it!

At last, you met Perkz in a Bo5 series after he left G2 Esports. Was there any banter throughout the series?

I don’t think there was a lot of banter. I think he wrote once maybe?

He flashed the G2 emote on mid when you missed a cannon minion.

Actually, I didn’t see that (laughs), I don’t have emotes on, so I didn’t actually see it. But I don’t think there was really a lot of banter. When we go in the game, probably all of us are focused on the game itself, making sure we do as good as possible.

But for sure, going into the series, it was hype facing him.

“We did for sure steal a lot of things from Fnatic. That’s the beauty of lower bracket, right? You can steal from the teams that you lose against. So, we stole a lot of ideas from them”.

For me, the mid-game was the biggest difference in the series. Was it for you as well?

I think so, yeah. As I mentioned, they got far ahead in two of the games. One of the games was really far, the other slightly, but we bounced back really fast, and then slowly but surely, we came back in the last game. I do think that our mid-game was quite strong and we were good at knowing what to do.

You played way better than vs. Fnatic. Was it because of the difference in opponents or did you finally find the winning recipe throughout the last week of practice?

Haha, I mean, we did for sure steal a lot of things from Fnatic. That’s the beauty of lower bracket, right? You can steal from the teams that you lose against. So, we stole a lot of ideas from them.   I think, in terms of the teams that we played against, Fnatic is probably the stronger team, but I also think that we had a very poor showing last week.   I was playing very poorly and I didn’t communicate as well as I usually do. I am happier this time, but I do feel there is more room to grow and if we want to take down MSF, RGE & FNC, I will need to step it up.

You went from a super team to a more inexperienced one. What were your goals before the start of Spring, were you aiming more for Summer split?

We were expecting to go right out the gate and be really strong. We built a team that we thought would do the best instantaneously and throughout Spring playoffs. We didn’t have the best start, we also had covid in Week 1, which was unfortunate timing.  I think we bounced back quite well. Didn’t finish as high as we wanted but it was an ok finish. Now, we try our best to become the strongest team for next week. 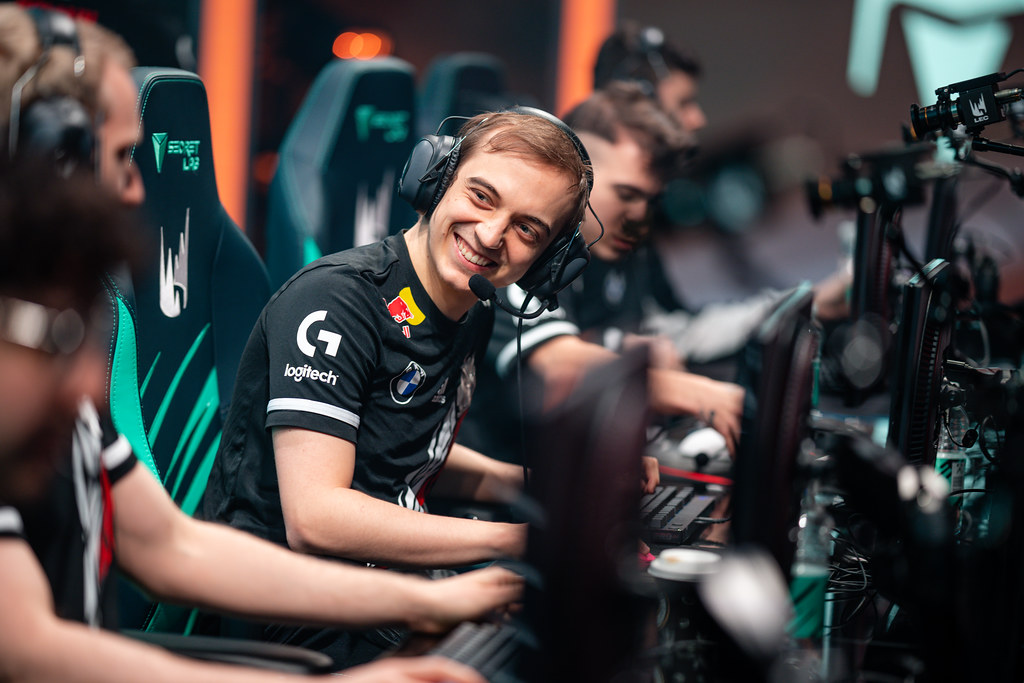 There were some discussions in the community where you get criticized a lot. People say that you are underperforming, being worse than previous splits. Does this criticism affect you in any way and why is it happening? Maybe a change of style?

I think people will always criticize if we don’t do well. I think last year was really bad for me and my team, so it’s obvious that I will be under more criticism than when we were winning every split and MSI.   It’s fair, I am obviously playing a lot worse, but I just have to do better. I think it hasn’t been the best split for me so far, and there are a lot of things to show on Sunday & next week, but at the end of the day that’s all that really matters. If we win on Sunday & next week, and I actually play well, then I think I am happy (laughs).

If you could compare G2 from the start of the split to G2 right now that won this series, what would you say changed the most?

I think we just had a lot of good understanding of good concepts. We had good ideas coming out of people. Targamas especially came with a bunch of ideas and in general people had a bunch of ideas that we kind of stole from other people.   As I mentioned, we stole some things from Fnatic, we steal some things from T1 and other teams that are doing well and it makes us better (laughs).

Lastly, can I have your thoughts on Misfits and what can we expect from the next series?

We actually prepared for Vitality because it’s a only one bo5 and if you lose you are out. We didn’t put any preparation into Misfits but now we have tonight and tomorrow to think about them a lot.   Initial thought is: Regular season they were always playing from behind, and they made a lot of crazy comebacks. So as long as we have a crisp mid-game and we don’t waste too much time and give them too many bounties, we should be fine.