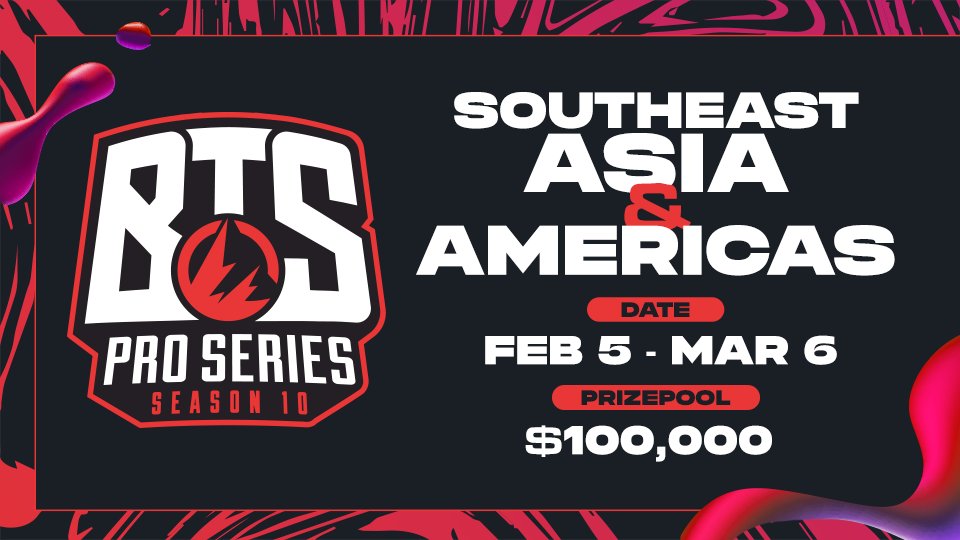 Beyond The Summit, the popular broadcasting studio and tournament organiser, is bringing BTS Pro Series 10, back to Americas and Southeast Asia (SEA) this weekend.

Widely known for their laid back style of hosting “The Summit” – a tournament organised in an intimate setting behind closed doors before the pandemic hit the world in 2020.

BTS has been a strong advocate by continuously bringing events to Americas and Southeast Asia – two regions majorly neglected and starved of events as compared to China and Europe.

Pro Series Season 10 will be divided into two phases: Phase 1 and Phase 2 – similar to Division I and Division II of the Dota Pro Circuit.

The total prize pool for both; Americas and Southeast Asia, stands at a combined value of $100,000, with only one team from each division being crowned as the champions.

There is no information yet in regards to the exact distribution of the aforementioned prize pool.

Most notable teams participating in the tournament are T1, Quincy Crew, Thunder Predator, 4Zoomers among others.

More information about the event can be found here.