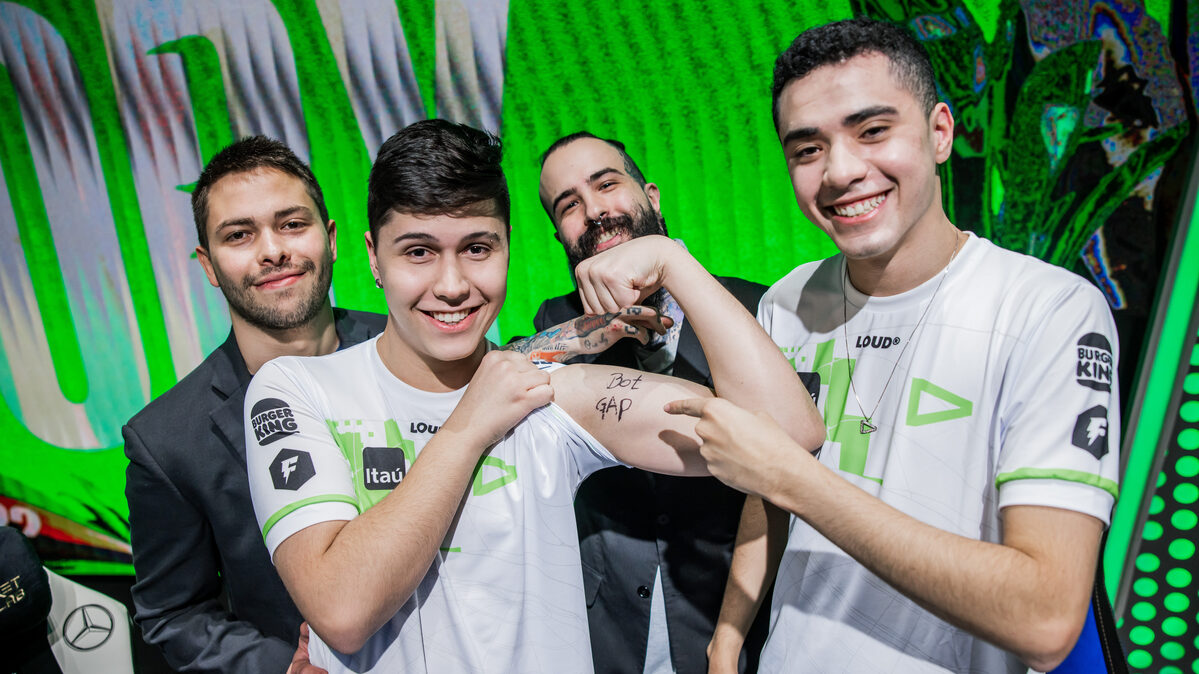 LOUD have defeated Fnatic in the Worlds 2022 Play-in stage’s third day of action, and they have scored the first upset of the competition. LOUD defied the community’s low expectations as many were shocked when LOUD destroyed Fnatic’s nexus.

Moreover, LOUD’s victory was no fluke. LOUD completely outperformed Fnatic in every aspect of the game and deservedly won. Following the win, the chances of the CBLoL representatives going directly to the group stage have increased as they are a victory against Beyond Gaming away from at least forcing tiebreakers.

Whenever a huge upset happens, you need to go on Twitter and enjoy. LOUD’s win is a celebration for the whole region and significantly boosts their chances to advance further. While it might be hard to qualify to the main stage directly, LOUD should at least play a bo5 at Worlds 2022.

An iconic moment during the game was when LOUD’s bot lane killed Fnatic’s one. The AD carry of the Brazilian team, Diego “Brance” Amaral, provided premium meme content on broadcast: 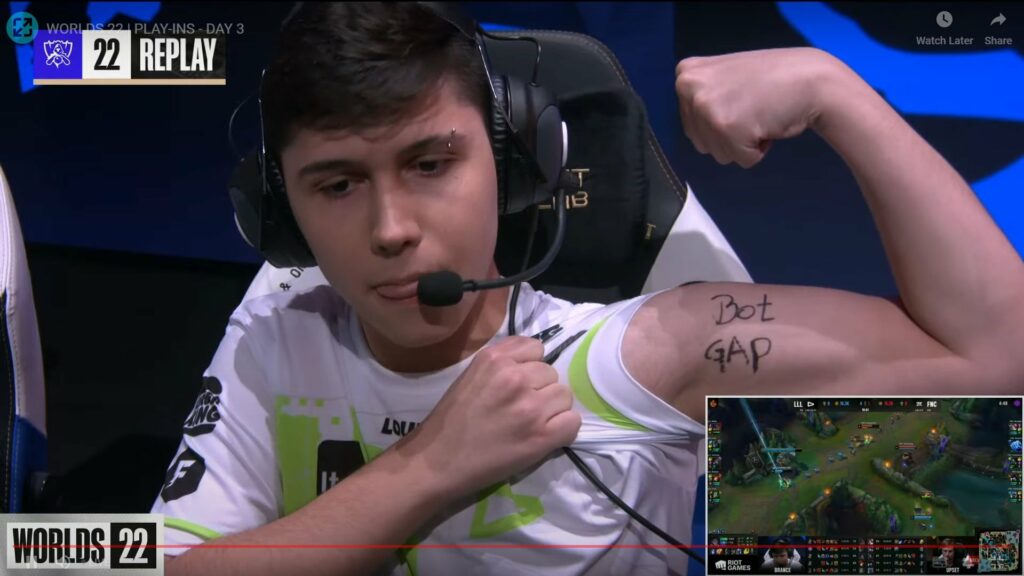 Remember 2014? LOUD’s current mid laner, Thiago “tinowns” Sartori, was playing for KaBuM! e-Sports back then, and European fans still have nightmares. The scenario was similar except for one crucial detail: KaBuM! had no business beating Alliance, making their victory one of the biggest upsets of all time. It was KaBuM’s first and only tournament win, and it came in their final game. Moreover, they eliminated Alliance in doing so.

Fnatic in trouble as first place is in doubt

LOUD’s win at the 2022 Worlds play-ins messed up Fnatic’s plans big time. The European representatives could’ve been nearly qualified in case of a win. However, now things are looking different. Fnatic will have to win their game against Beyond Gaming, and if Evil Geniuses also win their remaining games, there will be an EU vs. NA clash for the Group stage.

Also, there is a possibility that Fnatic drops to third or fourth place with a loss to Beyond Gaming, which could potentially force a clash against DRX or RNG. Ideally, Fnatic would want to avoid that.

What’s the ideal scenario for the viewers? If you want to watch all hell break loose, you will be rooting for a four-way tiebreaker, which can give us quite a lot of games to watch in a day. The more League of Legends, the better.