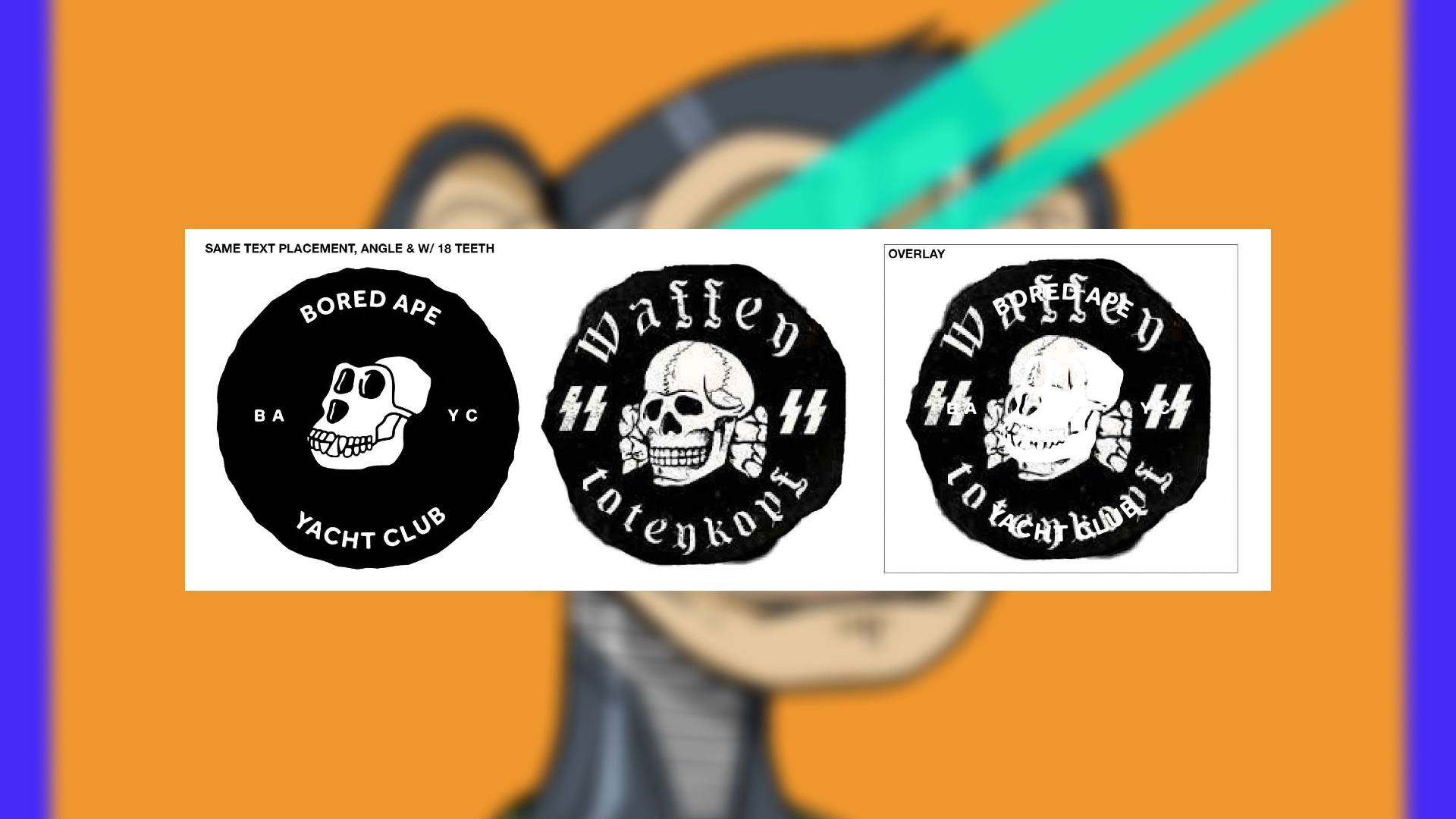 Update 6/24/22: Bored Ape Yacht Club has responded to these allegations. We have updated the article to cover their response.

Anyone who has ever seen an NFT likely knows about Bored Ape Yacht Club – even if they don’t know the name.

The project has been the face of NFTs since its release in April of 2021. With the help of big-time celebrity promotion, BAYC has rocketed to the moon, making its creators millionaires in the process.

What if this project wasn’t just innocent monkeys wearing different outfits? What if the entire project is nothing more than an alt-right, 4Chan, Neo-Nazi troll?

That’s what a lot of people thought when Philion released his video on June 19, 2022: “Bored Ape Nazi Club.”

In the video, Philion outlines the numerous references – with varying levels of camouflage – to 4Chan troll culture, the alt-right, and Neo Nazis.

Some of the most obvious dog-whistles relate to the date of the project’s launch and the BAYC logo.

The project officially launched with a presale on April 23, 2021 – selling out shortly after. Despite this fact, the founders of BAYC credit the date as April 30, 2022: the date of Hitler’s death.

Even more damning is the Bored Ape logo – a monkey skull with 18 teeth on a black circle.

The logo, itself, is a reference to the SS Totenkopf. The 18 teeth is a significant alpha-numeric code: 1=A 8=H. AH= Adolf Hitler.

Bored Ape Yacht Club has released an official response to the allegations, categorically refuting them.

The post reiterated the “aping-in” meme as an inspiration behind the project, along with the name, Yuga Labs.

To give them credit, as Dan K put it on Twitter, gamers love obscure references and this one does make sense in the context of NFTs. The criticism of the Yuga Labs name was one of the weaker arguments in Philion’s original video.

Most of the statement was a re-tread of the explanations given in Philion’s video, but with more fervor.

To me, Dan K’s tweet thread was more impactful at dismantling the original claims than the official BAYC response was.

Is this the end of the Bored Ape Nazi Club conspiracy saga? Only time will tell.

This is a big-time L for the "NFTs are the future" crowd. I hope you didn't spend too much on - what now seems to be - an alt-right troll project.