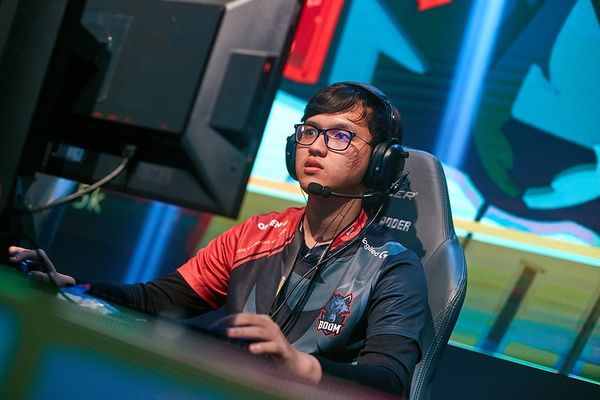 Bonding over team dinner: Hyde on Talon’s key to success

Dota Pro Circuit 2021/22 SEA Division II Tour 2 has blessed the community with some exhilarating moments that further solidify the sheer amount of talent growing with the Southeast Asian region.

Talon Esports is one such team that has been making waves in Season 2 after a dismal foray into the realm of Dota in the previous season.

Revamping their roster with the intent on playing amongst the elite, Talon Esports have cemented themselves to play in the Upper Division next season because of their undefeated streak in Division II with a 5-0 score.

In their game against Apes, Talon displayed innate game prowess and far superior tactical skills as compared to their opponents.

In the post match winner’s interview, Talon’s cheeky support player, Hyde, shed some light on the team’s preparation among other things.

According to the interview, Talon had been preparing ‘a lot’ for the Apes series playing a lot of scrims almost everyday. “We prepared a lot of stuff for the series and were just scared of them”, quoted Hyde.

"We always have a team dinner after we play DPC games"

Playing from Talon’s gaming house located in the Philippines, Hyde was asked to elaborate the reasoning behind playing the Grimstroke in game one instead of Q, as the latter is usually seen playing the hero.

Hyde simplified the curiosity with the following, “After they [Apes] picked Mirana and Sand King, we thought that this might be an Abaddon game so we just picked.” He continued, “We kind of had a problem lacking stun but we just focused on taking objectives and forced them to come back.”

He had further insights to share on seeing the Chaos Knight in the offlane and how they viewed on dealing with Leshrac and CK in terms of priority.

“At the time of the draft, we assumed that Leshrac would be Pos. 3 and CK would be Pos. 1 but I was wrong and in the laning phase, Ogre Magi and Leshrac are really strong so I couldn’t punish them that much.”

“We couldn’t kill him on time after reaching Level 6 and after that I felt like we won all our lanes except mine. I think it’s okay but in the mid-game he’s [Chaos Knight] pretty strong because he has a lot of network and plays like the carry”, said Hyde.

A sign of strong camaraderie is how a team bonds with one another in times of duress, success or failure, and Talon seems to be doing just right on that part with their customary team dinner.

Before heading off to the customary dinner Hyde says, “We always have a team dinner after we play DPC games”.