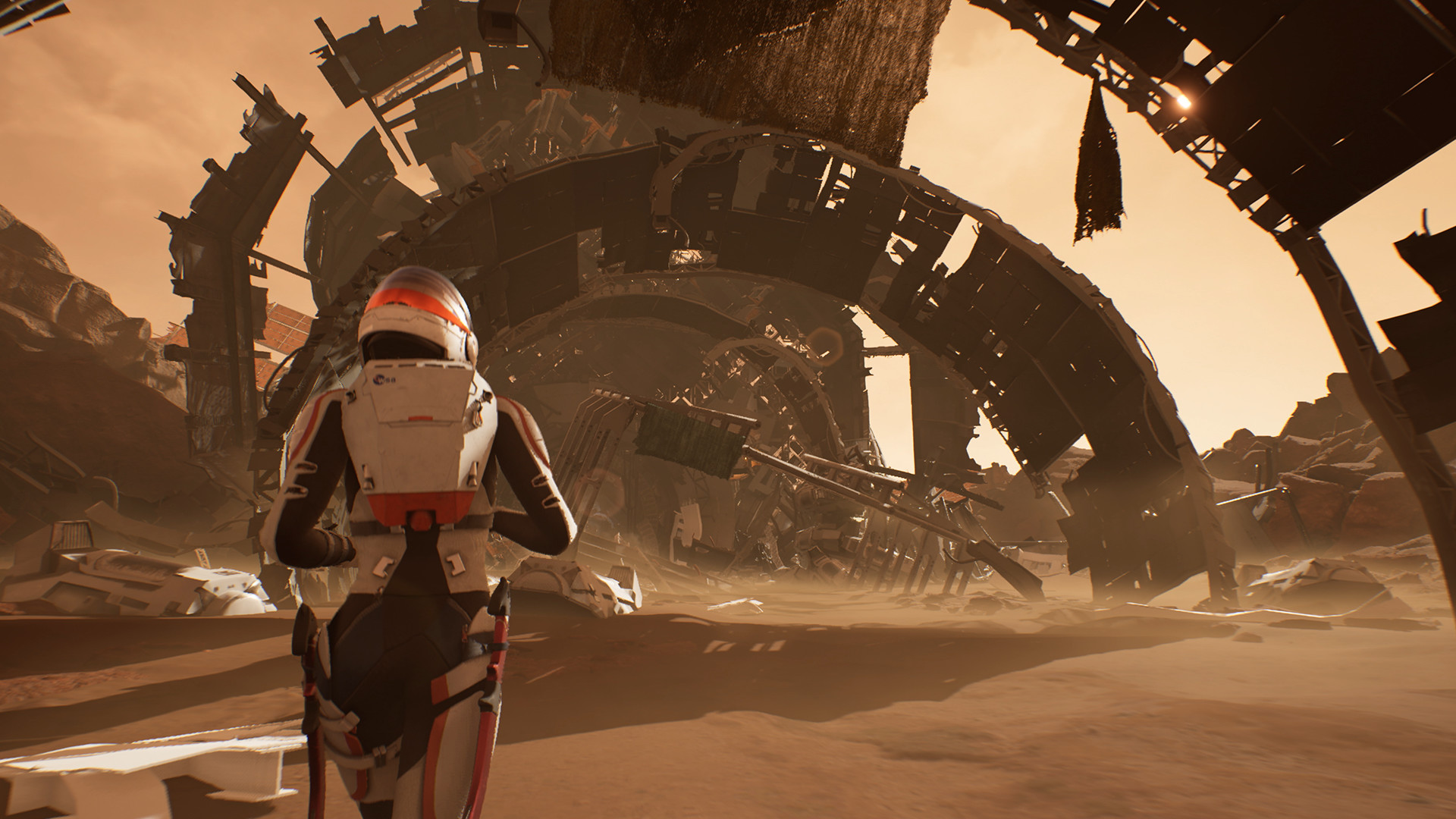 The future is bright

Hosted by 2018’s God of War voice actors, Christopher Judge, and Danielle Bisutti, gamers got a look at the future of gaming.

For some reason, it was pretty spooky, but let’s get right into it.

Starting off the Future Games Show was sci-fi thriller, The Gap. You assume the role of Joshua Hayes who’s lost his memories.

Somehow, someway he can travel through different realities. You’re tasked with traveling through these parallel realities in order to recover what you’ve lost.

It’s almost like a multiverse type thing, and it seems pretty creepy but keep your eye on this one horror fans.

The Gap is coming soon to PC, PlayStation 5 and Xbox Series X|S.

Fresh off of its delay last week, Deliver Us Mars made a surprise appearance at the Future Games Show.

As Kathy, players will be tasked with puzzle solving and platforming their way across different locales as she’s on a mission to gather vital resources for Earth. However, it seems like there’s more to it as Kathy is also on a quest to learn more about her father.

Deliver Us Mars launches on 2 February 2023 on PlayStation® 5, PlayStation® 4, Xbox Series X|S, Xbox One and PC via Steam and the Epic Games Store.

Arguably the best trailer during the entire event, Snaccoon puts you in the shoes of a raccoon.

In a world where snacks are banned, one raccoon must sneakily find the stash of goodies. Not much else is known about the game, but it is coming soon.

Watching the trailer gave heavy vibes from the squirrel game that circled the internet. Shoutout to Stray for encouraging developers to make more animal games.

We need more of them, and Snaccoon might fill that void.

The Last Case of Benedict Fox

After being revealed back in June, The Last Case of Benedict Fox debuted new gameplay footage.

The Last Case of Benedict Fox is an eerie Lovecraftian take on metroidvanias. You play as Benedict Fox and dive into a world full of murder, mystery and forbidden rituals.

It’s all very spooky, and what was shown is pretty unique.

The Last Case of Benedict Fox is coming in Spring 2023 to PC and Xbox.

Take on the role of a WW2 soldier, and enter the trenches of hell in EXP: War Trauma.

According to the title’s Steam page, you play as Krieger and will learn more about him as the game progresses. This involves learning more about the trauma that literally haunts him.

This game marks the beginning of a series focusing on different experiences. There is no planned release date, but the demo is up right now on Steam.

Have at it soldier.

The 1994 remake of System Shock made an appearance at the Future Game Show.

Narrated by SHODAN, we get a look at how nice the remake is progressing. It seems to be inspired a bit by Doom 2016, but it looks really good.

Much like EXP: War Trauma, there is no set release date for this remake. However, there is a demo up on the game’s Steam page.

System Shock is coming soon to PC, PlayStation 4 and Xbox One.

I’ve kept my eye on this title since it was announced back at the Xbox Showcase back in June. It seems pretty unique and games that look to do something different are harder to come by now-a-days.

You play as Ayana, a member of a forgotten race who has the ability to manipulate shadows. You must use her abilities to discover what’s happened to the world around her.

Taking inspiration from Splatoon, the gameplay looks pretty fluid as Ayana merges in and out of the shadows. Stick to the darkness or lose yourself in the light of your foes.

Ereban Shadow Legacy is coming to PC, Xbox One and Xbox Series X|S in 2023. It will also launch as a Day One Game Pass title.

So you may have heard of this game some time ago due to District 9 director Neil Blomkamp’s being attached to the project. You might’ve also heard the rumors of NFTs.

However, the Future Games Show ended with the official debut of Blomkamp’s title. In cinematic style, we get to watch soldiers fight it out.

It looked very CGI like, almost like the days of old when Call of Duty made futuristic commercials for their future games. The trailer doesn’t show any gameplay, but it was pretty well-done from a cinematic point of view.

More info will surely come out as there will be a second part to this trailer.

Rounding out the horror edition of the Future Games Show was Layers of Fears.

There’s a lot of horror going on in here, and as the sequel to 2016’s Layers of Fear, this looks worlds ahead. It also looks phenomenal, and that’s what you’d expect from the power of Unreal Engine 5.

Other highlights from the Future Games Show