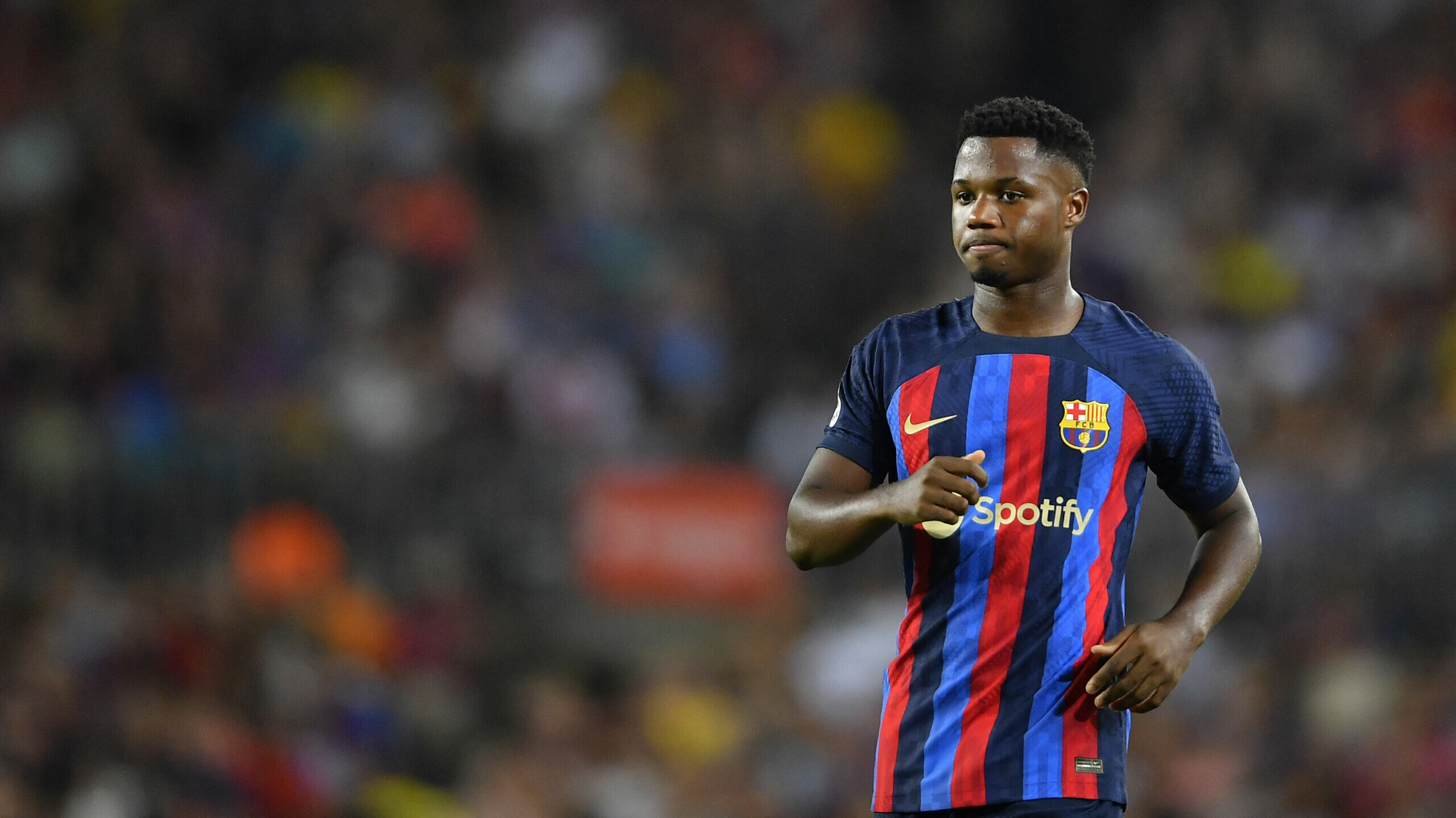 Wingers are typically the star players of any Football Manager team, wonderkids are the future of those teams.

As Eden Hazard, Neymar, and Lionel Messi are all coming to the end of their careers, who will step up to replace them?

Here at Jaxon we have an unmatched knowledge of football, so we’ve got you covered. This is our list of the best wonderkid Wingers in Football Manager 2022.

Angelo has already featured on one of our wonderkid lists: the best cheap wonderkids. He’s from Brazil so it’s no surprise this wonderkid winger starts his career in Football Manager 2022 at Santos.

Consider Angelo the left-footed Neymar, with 14 Dribbling and 15 Flair, he’s got all that samba-style you’re looking for. He’s also got 11 Finishing and 12 Vision, so despite his young age, he’s already handy in the final third.

With just 118 Current Ability, all of these Attributes are likely to increase drastically. He’s only 16 at the start of your save, so they’ll improve rapidly too with the right training. His Potential Ability ranges between 140-170, but more often than not it’ll be on the upper end of that scale.

You’ll struggle to sign Angelo in your first season as he’s just signed a new contract at Santos. You’ve also got to contend with the rule in Brazil that only allows players to leave once they hit 18. That being said, Angelo is undoubtedly one of the best wonderkid Wingers in Football Manager 2022. He’s well worth the wait.

Rayan Cherki is viewed by Lyon as being one of the best talents their academy has ever produced. This is well reflected in Football Manager 2022, and we couldn’t make our best wonderkid Wingers list without him.

He was thrust into the limelight at 16 when he made his debut in Ligue 1 and became the youngest goalscorer for Lyon not long after. Still just 17 at the beginning of your save, he has a long career ahead of him.

Cherki starts your save with a 118 Current Ability, so there’s plenty of room to grow. He can grow into a top 10 player in the world too, as his Potential Ability ranges from 150-180. This is one player on our list of best wonderkid Wingers in Football Manager 2022 you don’t want to miss out on.

Cherki will be good for the long run in your save, and viable for a positional swap later on in his career. With 16 Dribbling and 15 First Touch, he relies more on his technical assets than physical. Be aware though, that his Physical Attributes can be limiting, 13 Pace and Acceleration make him slightly slow for a winger.

He starts out the game as a left-footed Inverted Winger, but to say that’s all he is, is a discredit to him. Bardghji might be naturally right-sided, but he’d be just as good on the right and even up top. Bardghji might just be the most versatile player on our list of best wonderkid wingers in Football Manager 2022 too.

His Current Ability of 107 is more reflective of his age than anything else. That Current Ability will shoot up with his Physical Attributes too. His Potential Ability ranges from 140-170, but it’s incredibly rare to see him at the lower end of that spectrum.

14 Dribbling, 13 First Touch, and 13 Finishing make Bardghji primed to be a star in the final third. A star that could be yours for just £10m. He’s the best wonderkid Winger in Football Manager 2022. Don’t let any other team get their hands on him.

Barcelona’s Spanish winger Ansu Fati is the most well-known player on this list by far. He burst onto the scene in the 19/20 season but has since struggled due to injuries and falling out of favor.

Fati has a similar versatility to Bardghji, although his 10 Work Rate prevents him from being as effective up top. He does have much higher Finishing, however, starting your save with 15.

Alongside this he has 16 Acceleration and 15 Pace, making him exceptional for systems that rely on fast breaks. His 16 Dribbling, 14 First Touch, and 19 Flair can turn a game on its head too.

Playing for Barcelona, he can be quite expensive. If he’s on their side, expect to pay upwards of £75m. He does, however, have the highest Potential Ability range on this list with 160-190. His Current Ability of 149 also makes him the best starting player on our list of the best wonderkid Wingers in Football Manager 2022.

Yusuf Demir looked set to break Football Manager players’ hearts when he signed for Barcelona last year. Unfortunately for him though, that move didn’t pan out. As a result, the Austrian can still be found at Rapid Wien at the start of your save.

Equally adept at playing in the Attacking Midfielder role, Demir is a left-footed, right-sided Winger. He begins the game with 120 Current Ability, and his Potential Ability ranges between 150-180.

Incredible on the ball, Demir’s best Attributes are his 15 Dribbling, 14 First Touch, and 16 Technique. He also has 15 Flair, which makes him great in the Attack duty for positional roles.

Due to him not moving to Barcelona, you can still expect to sign him cheaply for around £15m. He’s one of the best wonderkid Wingers in Football Manager 2022, you’d be a fool not to.

The second Spaniard to feature on this list, Yeremy Pino is one of the best Winger wonderkids to feature in Football Manager 2022.

While Pino currently plays for Villareal, it won’t be long until he is prised away after breaking into their first team.

With a Current Ability of 140, Pino is already a strong addition to any team’s starting eleven. His Potential Ability is 175, so he can easily grow into one of the best players in the world.

He has 16 Dribbling, 12 Finishing, and 14 Passing, which make him an incredibly well-rounded player.