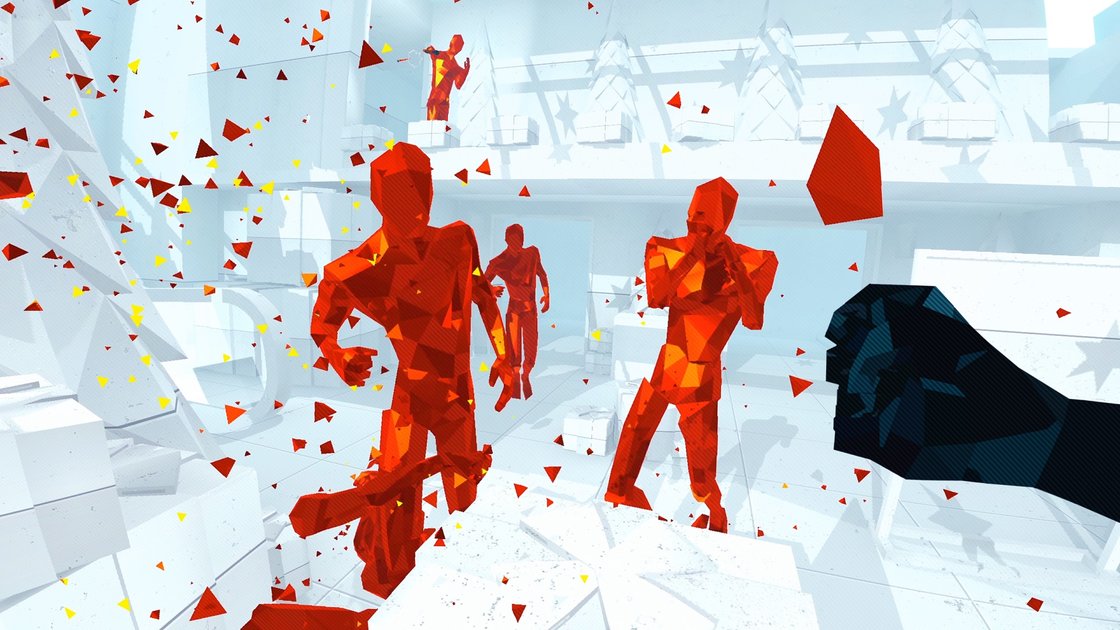 5 best VR games that everyone should try

VR is an exciting way to experience a whole host of different games, let’s run through some of the best VR games from various genres.

In order to be as inclusive as possible, we’ll stick to games that are available across multiple platforms so whether you have a Quest or PSVR you will find some great recommendations here.

Something that VR platforms are not short of is rhythm games, the immersion of gaming inside a headset allows for the player to get lost in the music, and having motion tracking of your hands allows plenty of ways to interact with items on the screen in time to the music.

If you only buy one music game for your VR it has to be the mighty Beat Saber. The premise is simple, colored blocks move towards and you slash with sabers made of light in time to the music(sorry but Disney won’t let us call them you know what.) The more you hit the more you score, think of it as Jedi Guitar Hero.

Beat Saber comes packaged in with at least four packs of music for you to try with the option to purchase more from well-known artists. There are party modes and online multiplayer as well as a single-player campaign mode.

Beat Saber provides hours of entertainment whether you are playing solo or with a group, get everyone to have a go just be careful they don’t get lost in those psychedelic rooms.

Playing a first-person shooter in VR can be a daunting experience your first time round.

With an increased field of view and fast-paced gameplay, it can be easy to feel overwhelmed playing something like a military shooter.

On the other side of the VR shooter spectrum is Superhot VR – a game that allows you to slow things down by just standing still. Time only moves when you do, meaning you can dodge bullets and stop the action to plan your next move.

All you need to do is avoid oncoming attacks and defeat all enemies on screen. You do this by using the 5 D’s, dodge duck dip dive, and dodge, then grab the nearest weapon and shoot your way to victory.

Superhot VR also contains a great story and excellent replayability with plenty of game modifiers for a 2nd or 3rd playthrough.

Now let’s take a step back from the action and look at how a 3rd person platformer can work in VR.

Some platformers allow you to take a back seat by looking over your player character or acting as an omnipotent being that helps the protagonist of the game.

Moss is exactly one of these games. You play as The Reader, a ghostly figure who towers over the game world.

You meet a mouse called Quill who must go on a quest to save her uncle and rid the land of great evil. By controlling Quill you can jump and attack enemies and as the reader, you can also freeze enemies in place or move objects to help Quill get through levels.

If you can’t get enough by the end of your first playthrough, the sequel Book II is already out – so why not dive into the world of Moss?

Moss & Moss Book II are both available on Steam, Oculus Quest, and PSVR.

When it comes to multiplayer, VR tends to lean towards online over local multiplayer, mainly due to the struggle of running more than one headset at a time.

Keep Talking And Nobody Explodes shows a great way around this. One player sits in VR with a briefcase sized bomb in front of them using a controller.

Player 2 can use another controller to access the bomb disposal manual on the tv and other party members can also view this on their online. Now, the first player must describe the bomb while everyone else figures out how to defuse it before time runs out.

Keep Talking works best when a group is trying to work together to figure out what player 1 is seeing and relay back their advice which can cause some frustrating and hilarious moments.

Keep Talking and Nobody Explodes is available in VR on PSVR, HTC Vive, Oculus Rift/Go/Quest, Google Daydream & Gear VR, as well as other platforms in non-VR.

Now, we come to the not-for-kids entry. If you love adult comedy and want that up close in your eyeballs then Trover Saves The Universe is for you.

The game comes from Justin Roiland of Rick & Morty fame and has you playing as a Chairorpian, a character who spends their entire life in a comfortable chair.

When your dogs are stolen by the villain Glorkon who stuffs them into his eyes, you will rely on the help of Trover, a purple eyehole monster who you control with a gaming controller to platform and attack while you move from node point to node point.

Trover is filled with the type of humor you would expect from one of the minds behind Rick & Morty. The game is a laugh a minute and plays incredibly well in VR.

Trover Save The Universe is available in VR on PSVR and Oculus Rift and on other platforms in non-VR.

These are just a handful of the best VR games that are worth your time – especially if you are new to using the platform but this is just the tip of the iceberg.

With new headsets coming for both console and PC gamers the future for VR is only looking to get bigger and brighter.

Trover Saves The Universe is hilarious