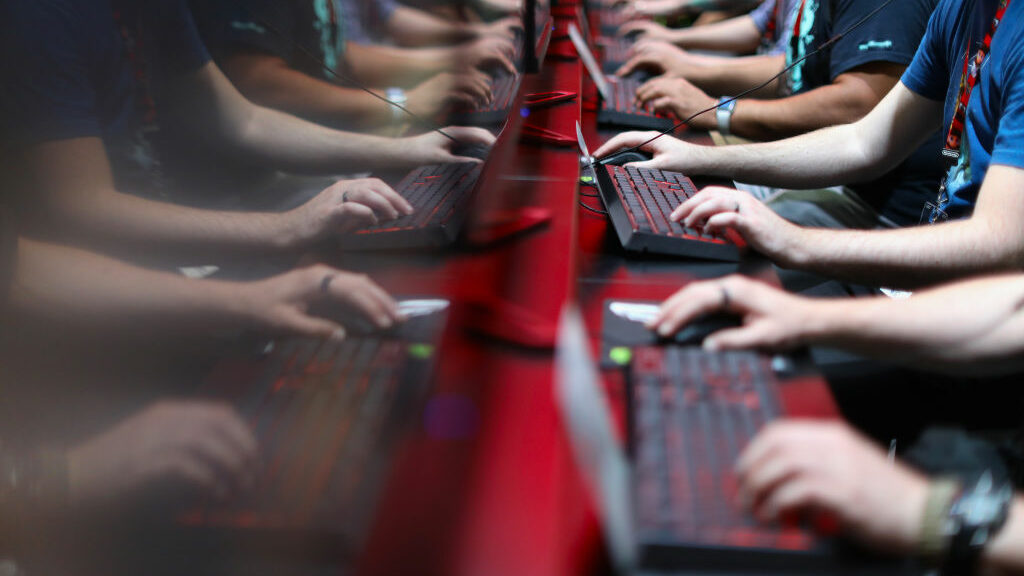 2022 has been an exciting year for gaming.

We’re not entirely over the COVID hurdles yet. Delayed games are almost a certainty nowadays, but there has not been a drought in quality this year.

Okay, so these first few titles were technically released in 2022, but are only really PC Ports. Regardless of that, we think that they’re impactful enough to deserve a spot here.

God of War arrived on PC on the 17th of January. It is the port of a now 4-year-old title (already!?) and it is excellent. It surpasses the already incredible achievement the game was on the PS5 version. This PC port shows that true greatness doesn’t age. GoW boasts visuals and animations that would make most actual 2022 releases envious.

The game itself is incredible, as most of you will know by now. Kratos is older, slower, and less agile than in the original trilogy, but no less of a threat. He hits hard and you will feel that power through the immaculate animations, hit feedback, and sound design.

The gameplay and story implementation of Atreus, Kratos’ son, is a stroke of genius and intertwines the two main sides of GoW very well. If you hadn’t gotten your hands on this gem due to it being Playstation only, do yourself a favor and enjoy this amazing journey as soon as you can.

The second member of our initial list is the latest title in Capcom’s unique franchise. Rise was ported to PC on the 12th of January, less than a year after its original Switch release. Similarly to MH World, but much quicker, the game is now available on both platforms with updates being released simultaneously.

The usual gigantic expansion was released on June 30 and took what was an incredible game to even higher levels. Rise brought speed and verticality to the MH World recipe and landed on a perfect mix of new and old. It is not exactly a World game, but it isn’t Monster Hunter Generations either.

The Wirebugs add a lot of different playstyles to the weapons. Sunbreak’s addition of switching your Wirebug skills mid-fight just extends that system to limitless possibilities. The expansion also brings a lot of new progression systems and a few new monsters to keep you hunters satiated.

This is our last “not-really-2022” title making the list, but let’s be honest, it had to. This was likely Sony’s most anticipated PC port if we ignore the Bloodborne expectations. That port is reaching into Half Life 3 territory by now.

Insomniac’s Spiderman was an overwhelming success when it was released in 2018 and, just like God of War, remains a wonder to behold on PC 4 years later. The New York landscape looks better than it ever did, with higher graphical fidelity and the jaw-dropping RTX implementation.

Spidey’s animations are as smooth as silk and the combat is the correct evolution of the “Arkham” system. You can interact with all the environments in so many different ways that no two fights will feel the same, even if you do spend most of your time punching nameless goons.

You will need a beefy PC to experience Spiderman at its highest settings, but you will be in awe. It might be a bit pricey for a port of a 4-year-old game, but it is still an amazing product.

Moving onto a true 2022 release, we turn our backs on console ports to the most hardcore side of PC gaming: strategy. Total War has found a lot of success with the Warhammer IP. This third installment takes the series to the next level.

Warhammer III had a rocky release with a few technical issues and a lack of content when compared to Warhammer II, but it crushed that argument swiftly with the release of Immortal Empires.

This ridiculously sized project is essentially a campaign map that combines the three Total War: Warhammer titles into one new shiny package. It arrived on the 23rd of August and has been widely received as a great addition to the game.

Creative Assembly described it as “the most complete and definitive Warhammer strategy experience ever conceived”, and that is exactly what it feels like. And it is free for anyone who owns the three Total War: Warhammer titles.

If you don’t own all the games, don’t worry. The base Warhammer 3 game is still a great first step for a beginner and the two previous games go on massive sales quite frequently. If you are a strategy-game fan or a Warhammer enthusiast give this a try, you won’t regret it.

The cat game, as most people call it, blew any expectations out of the park. It became one of the most wish-listed games on Steam and one of the best-selling PC games of 2022.

Stray is a beautiful cyberpunk platformer where you control a lost cat trying to find its way through a suffocating city. The cyberpunk aesthetic is perfectly nailed, the controls are satisfying and the visuals are incredibly pretty.

If you’ve looked at some gameplay or screenshots and thought that it had Ray-Traced lighting, I wouldn’t judge you, but it doesn’t. Stray proved that simplicity works when pulled off well.

The game that ruined 2022 for all other game developers. Releasing the likely uncontested GOTY in February is cruel for the competition, but FromSoftware cares only about making excellent pieces of art. And the best way to experience this art is on PC.

The biggest game the Dark Souls developers ever created is a massive achievement. It will go down as one of the most important games released in the last few years. It is bigger, denser, more complex, and yet worse than every other title developed by FromSoft.

It is an experience worth going through for anyone, and it will likely be even better for someone who hasn’t played any Dark Souls games. A lot of the game’s downsides come from comparisons to FromSoftware’s previous titles.

Give it a try though, you won’t regret it. It has the best visuals in the series, some of the best music, and the unmistakable, ominous voice-acting.

It is a behemoth of a game, with well over 100h of content if you don’t speedrun the main story. Even if you don’t finish it, you’ll see what makes Elden Ring one of the best PC games of 2022 – and gaming in general

If you’ve played some of them or want to wait for something else, 2022 still has a lot in store for PC Gamers.

Gotham Knights is releasing soon, System Shock’s remake should still arrive this year and the Callisto Protocol will be out in December. It’s possible that the best PC games of 2022 are still coming in the future!