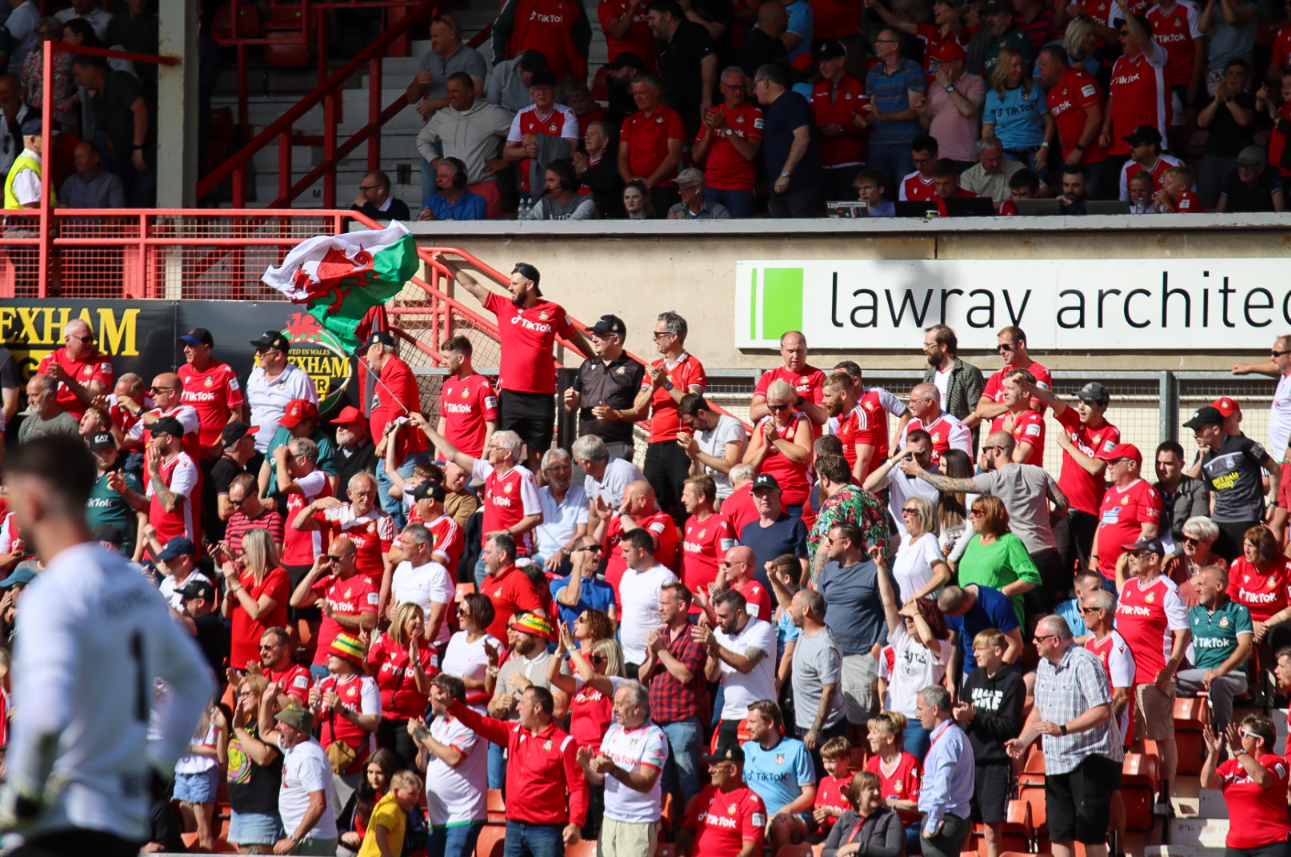 Going from zero to hero is something special. Rags to riches stories are the ultimate achievement, this is the same for Football Manager 2022.

Here is our list of the best rags to riches saves you can do in Football Manager 2022.

Starting our list is Wrexham, the small club based in Wales that plays in the English footballing pyramid and happens to be owned by Hollywood megastars.

If you start a save with them in Football Manager 2022, you’ll be starting it in the Vanarama National League, a rags to riches classic. With Ryan Reynolds as your Chairperson and Rob McElhenney as a Director, you’ll already begin with some degree of riches, at least for that level.

The pair have already had their influence on the club. Strike partnership Ollie Palmer and Paul Mullin dropped down from League One and Two respectively, and they’ll be firing you up to those leagues in no time. James Jones also joined from League One Lincoln to bolster your midfield.

There’s not much in the way of youth prospects at the club, although Bryce Hosannah looks like a tidy prospect for a marauding right back. You’ll be able to change that easily, however, as their £250,000 starting budget is better than some Championship sides get.

It might be the popular choice, but that’s why Wrexham are the Football Manager 2022 rags to riches save.

It wasn’t too long ago that Palermo were battling it out in Serie A with a young Paulo Dybala in their team. They even qualified for the Europa League for the 10/11 season. Unfortunately, in the years since then, Palermo have had a series of relegations thanks to poor performances and financial difficulty.

With those financial difficulties behind them, the club now finds itself in Italy’s third tier, the frantic Serie C. They’re a prime candidate for a Football Manager 2022 rags to riches save.

Your star players will come in the form of midfielders Francesco De Rose and Moses Odjer. De Rose is 34 however, so you’ll need to look to find his replacement soon or suffer the consequences.

Loanees Giuseppe Fella and Matteo Brunori will aid your attack in the first season at least, but again, you’ll need to find new spearheads once those deals expire. Alessio Buttaro promises a strong future for your defense though, as he already has a 13 in key attributes Heading, Marking, and Tackling.

There’s a £250,000 budget again, but with £0 in the wage budget, you’ll need to reallocate those finances to actually bring in players. Can you be the one to take Palermo back to Europe and eventually onto success?

You’d be forgiven for never having heard of Oriental Dragon. Playing in Portugal’s Liga 3, the club was only founded in 2014 with one intention: to train Chinese players under Portugal’s excellent coaches.

That means Oriental Dragon comes with an extra challenge:  you’ll be required to sign Chinese players. Those players will do when you’re in the lower leagues, but finding quality will be harder to come by when you’re promoted. We recommend loading the Chinese league and heavily scouting the nation for regens.

Predicted to finish 15th in the first season and not blessed with incredible finances, you’ll have your work cut out for you.

Joao Pinto is an exceptionally gifted attacking fullback for the level. Martin Aguas and Nii Plange will both also provide extra prowess from either flank in the attack. You’ll have your work cut out for you, but if you want a challenging Football Manager 2022 rags to riches save, this is the one for you.

Germany is a nation where football is dominated by one club, Bayern Munich. So who better to end their reign than with their much smaller neighbors, 1860 Munich?

One of the founding members of the Bundesliga in 1963, they won Germany’s top tier three years later in 1966. They know what it’s like to be at the top. They’ve spent longer in the 2000s out of the Bundesliga than they have in though, so they’re a prime candidate for a Football Manager 2022 rags to riches save.

They have no transfer budget and a very small remaining wage budget but being predicted to finish third, you shouldn’t have a hard time escaping their current league, the 3. Liga.

There to assist you will be Keanu Staude, a very tidy winger for that level. There’s also Tom Kretzschmar, a 22-year-old goalkeeper who will carry you far further. Kretzschmar is wanted by Bundesliga clubs, however, so you’ll need to tie him down as soon as you can.

There are further youth prospects in Marco Mannhardt and Erik Tallig too. They’re a midfield duo that will provide you with a more than effective double pivot for years to come.

The last team on our list of Football Manager 2022  rags to riches saves is Deportivo. They are also featured on our Fallen Giants list, so that provides extra incentive to play as them.

Similar to Palermo, financial difficulties saw them relegated to their nation’s third tier. This time it’s Spain with the Primera RFEF. Unlike the Italian club, however, they’re still heavily in debt. Clearing that will be a long-term goal.

Loanees Juergem Elitim and Victor Garcia are both far too good for the league. They’ll provide you with a tonne of assists. Your strikers Alberto Quiles and Miku will love them. Miku’s La Liga experience will also prove vital, but he is 35, so you’ll need to replace him very soon.

You might not have to look far for that replacement though, as 18-year-old Noel Lopez is an excellent prospect who himself is one day destined for La Liga. 16 First Touch, 13 Finishing, and 12 Dribbling mean he’s already proficient in the Advanced Forward role too.

There are more youth prospects in Peke and Trilli, as well as Jorge Valin when he returns from his loan. The future is bright for Deportivo, but can you be the one to guide them there?