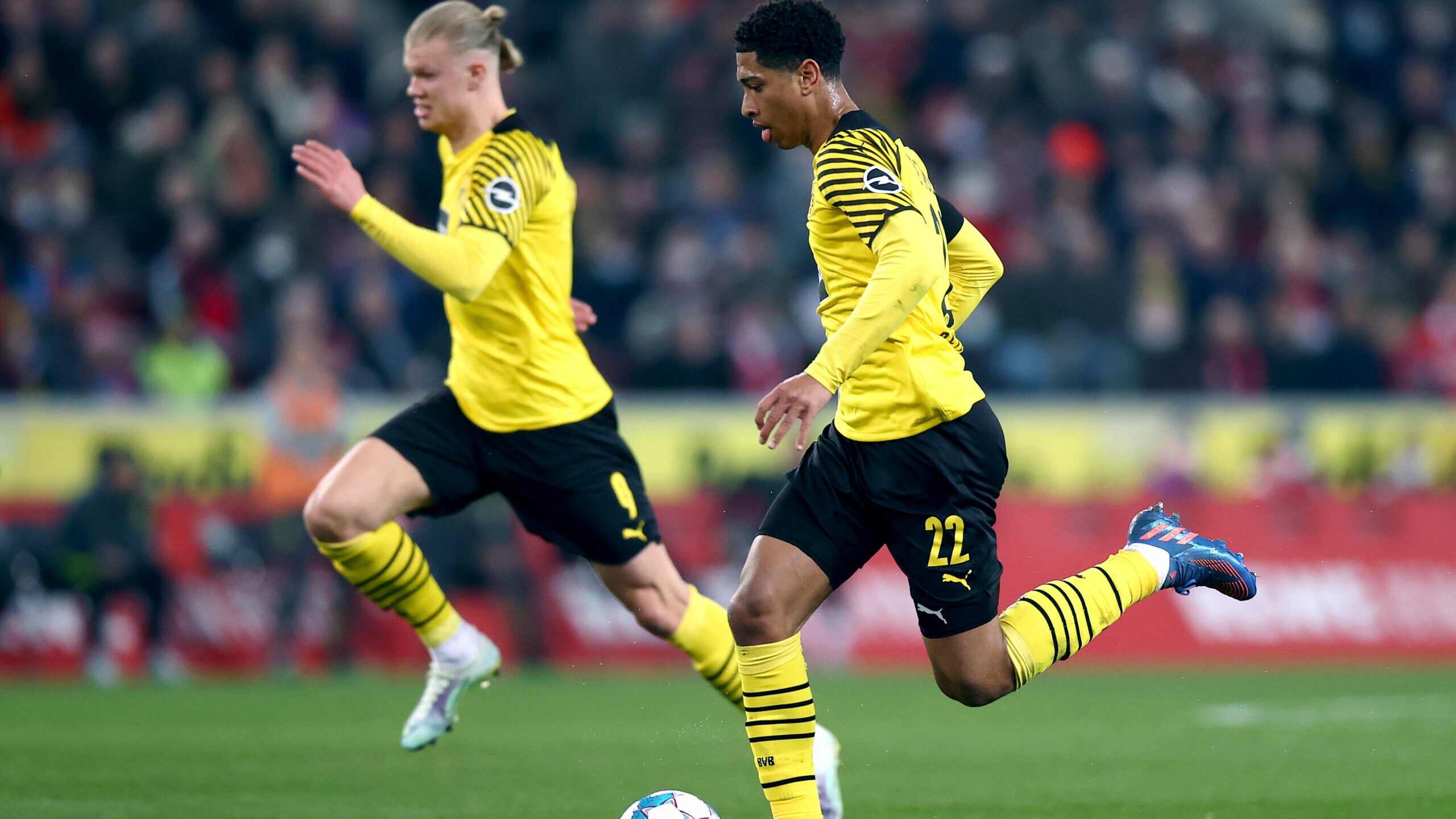 Central midfield is the engine of your team in Football Manager 2022. Securing the future of your midfield is a necessity.

Let’s start with England’s future: Jude Bellingham. From humble beginnings with Birmingham, Bellingham secured a move to Dortmund in Summer of 2020. Next Summer, we could see Bellingham more than quadruple his price as Premier League clubs circle.

Bellingham is an incredibly versatile player, realistically there isn’t a position on the pitch you couldn’t play him in. In Football Manager 2022, however, he is natural as a Central Midfielder. Recommended to be played in Ball Winning Midfielder, you could also try Bellingham in Box-to-Box or even the Central Midfield role. If you do, put it on Attack – trust us, it’s OP this year.

At just 18, Bellingham already has a ridiculous 147 Current Ability. His Potential Ability is dynamic, so it will be somewhere between the 160-190 range. That means wherever he ends up, he’s going to be a world-class Central Midfielder in Football Manager 2022.

16 Stamina and 17 Work Rate make him a workhorse, 15 Dribbling means he’s going to look good doing it. Bellingham is going to cost you a fortune, but he’ll be the engine of your squad until the day he retires.

Next up: Juventus’ Nicolo Rovella. The Italian Central Midfielder starts out on Football Manager 2022 on loan to Serie A side Genoa. He’ll be much cheaper than Bellingham when he returns from there, however, normally costing you around £25m.

Rovella begins a save with 132 Current Ability, making him of Genoa’s best players. His Potential Ability is 165, train him right and he’s going to be exceptional at his peak.

With incredibly balanced Mental and Physical Attributes, Rovella will be able to play any Central Midfield role in Football Manager 2022. His 15 Passing and 15 First Touch is where he excels, so he’ll be great in a system built around not dwelling on the ball.

Rovella will become a mainstay in the Italy squad for years to come, why not make him part of your Central Midfield in Football Manager 2022 too?

Admittedly, despite being natural in the Central Midfield role in Football Manager 2022, he might be better as a Defensive Midfielder. His 15 Tackling and 14 Marking are excellent, and his 15 Positioning compliments that further.

The one downside is that he might cost you even more than Bellingham. Camavinga joined Real Madrid in 2021, the Spanish giants will demand a huge fee for one of their future stars.

France has been blessed with an incredible group of players for a while now, Camavinga looks set to ensure that continues. He’s going to be one of the best Central Midfielders in the world, you may as well make sure your team has him in Football Manager 2022.

Rounding out our list is Athletic Bilbao’s Spanish Central Midfielder, Oihan Sancet. The least high-profile player on this list, players will know who he is if they’ve attempted the Basque Challenge.

With a £25m release clause when you start your game, he’s far cheaper than some of the other options on this list. The only thing you may struggle with is pulling him away from his beloved Bilbao team.

15 Passing and 15 Vision make Sancet by far the most creative player on this list. His 10 Dribbling is poor, but 15 First touch and 14 Off the Ball do make him comfortable further up the pitch.

With 161 Potential Ability, he’s the lowest Potential player on this list of the best Central Midfield wonderkids in Football Manager 2022. That being said, 161 is still exceptional, it’s more than enough to be a star.

Spent all your budget?

Here is our list of cheap wonderkids in Football Manager 2022 for those of you with poor economic management.