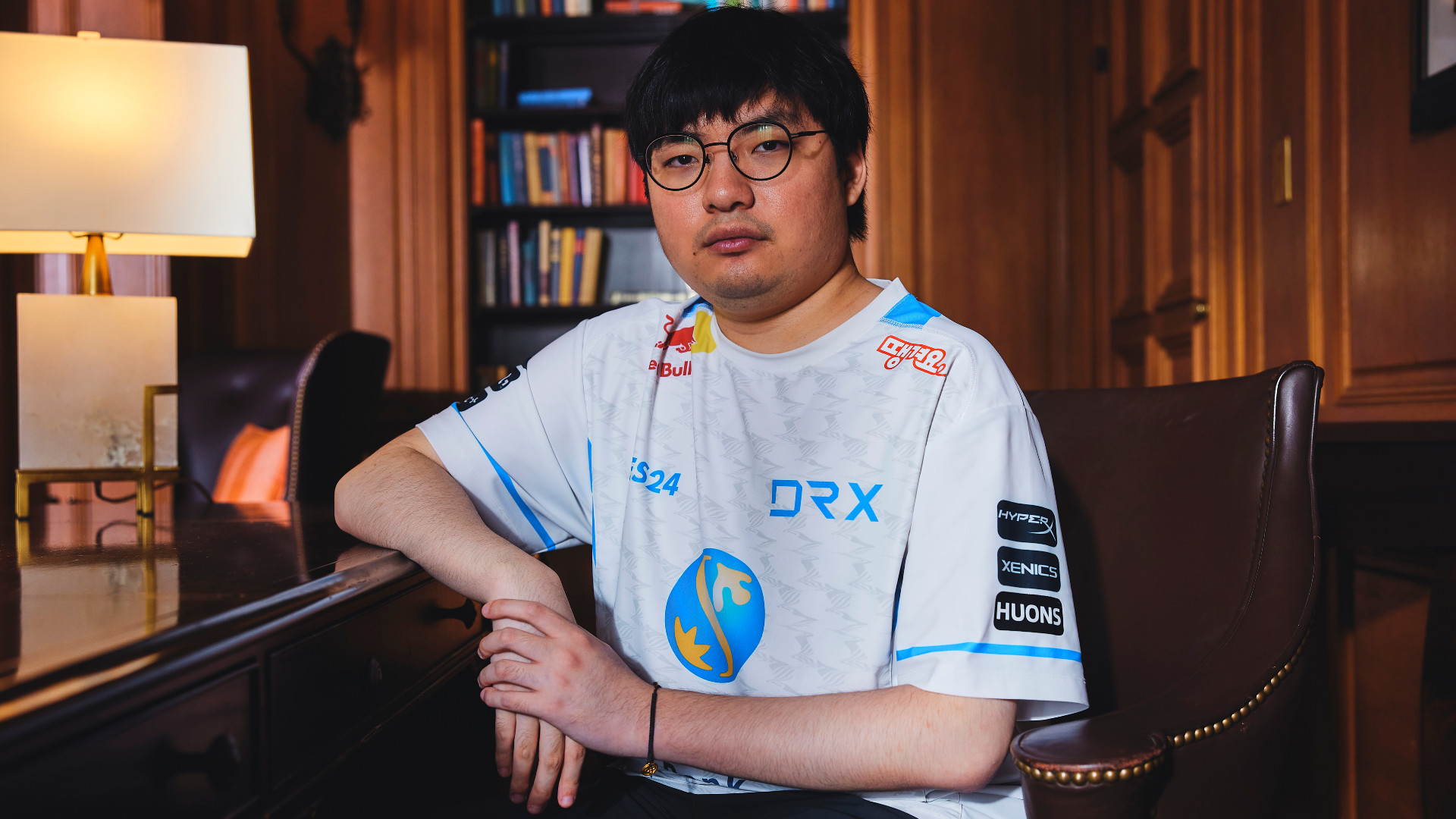 DRX was asked following their Worlds 2022 victory which champions they would like to request skins for. Only support Cho “BeryL” Geon-hee expressed uncertainty, giving the answer “maybe Ashe”. However, reporting from Ashley Kang suggests that BeryL has made a request about his Worlds skin – that it references Honkai Impact, a game made by the creators of Genshin Impact.

It’s no secret that BeryL loves Genshin Impact, the massively-popular, anime-inspired action RPG. He has often given interviews about the game and his favorite characters. He was even found streaming Genshin just hours after winning an LCK title in 2021. However, he is also a fan of miHoYo’s longer-running and relatively lesser-known Honkai Impact.

Throughout Worlds 2022, many have joked that if BeryL earned his second Worlds skin, he would request a Genshin character. Then, Ashley Kang from KORIZON Esports revealed that he did indeed request a miHoYo character, but it was Honkai Impact’s Elysia.

When sharing the information, Kang included an image of Elysia, which would correlate with BeryL’s request for an Ashe skin. However, BeryL has previously stated that his favorite character is Genshin Impact’s Raiden Shogun. It is unknown whether the picture Kang shared was provided by BeryL.

Riot should give BeryL a Honkai skin

Despite being “publically executed” over his request, BeryL deserves his Honkai skin. With DRX’s win, the support becomes just the sixth player to win multiple Worlds titles. He also becomes the first player to not win any of their multiple titles with T1. BeryL’s first title came in 2020, when he played for DWG KIA. His 2022 win also makes him just the second player to win Worlds on multiple teams.

DRX’s Worlds skins will be released at some point in 2023. Only then will we know if Riot obliged BeryL’s request.

Update: We previously incorrectly referred to Elysia as a Genshin Impact character, and we would like to thank Dismetion on Twitter for correcting us.