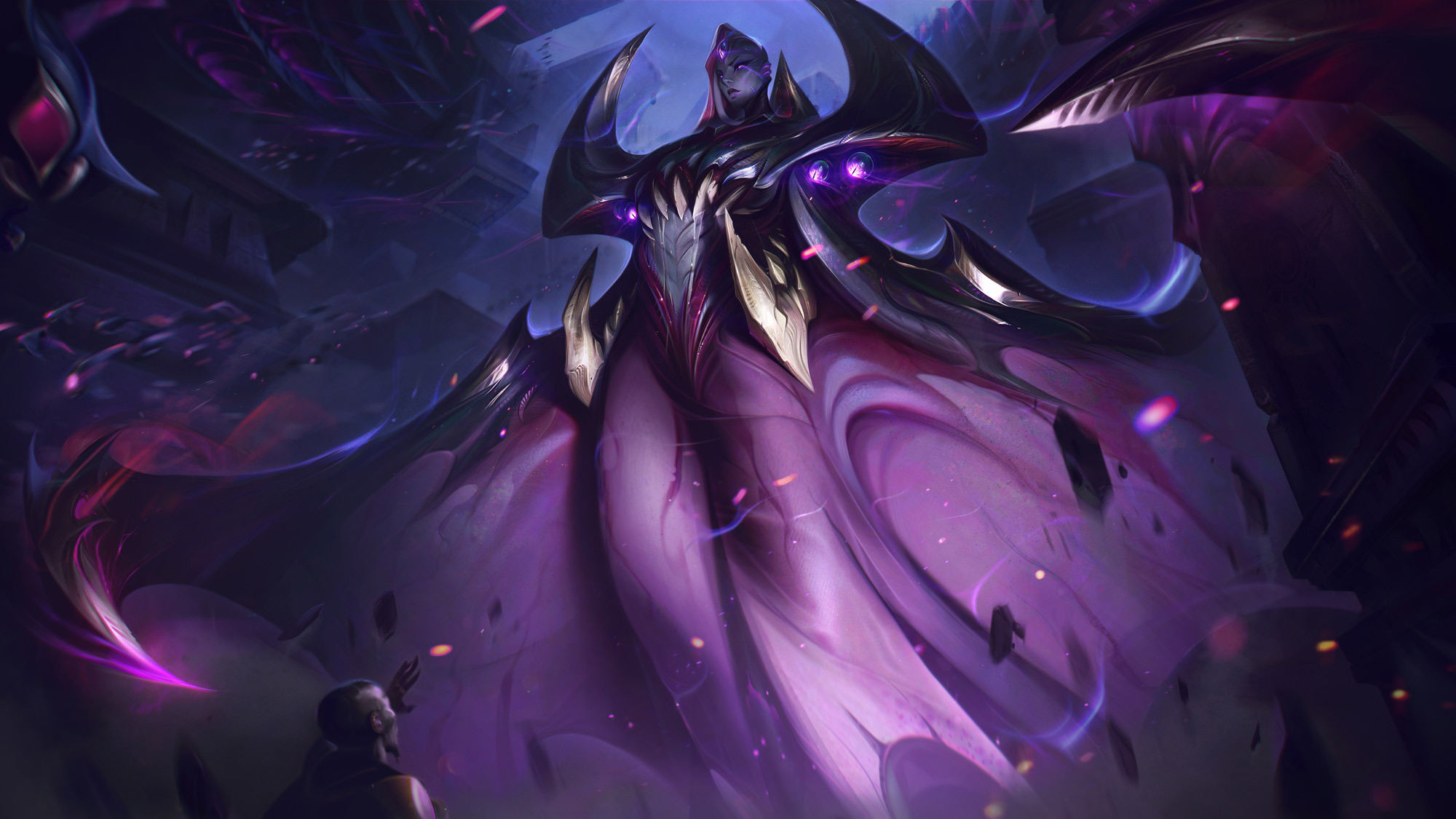 Behold: the complete ability reveal of Bel’Veth, the Void Empress

The Void will take over Summoner’s Rift soon as its empress, the upcoming champion Bel’Veth, shocks all of Runeterra with horror.

After several teasers and trailers, Riot has revealed the Void Empress’s abilities. Bel’Veth will be a fighting champion with an incredible ability to skirmish and consume her opposition, provided she scales to that point.

In the ability reveal, Bel’Veth’s unique feature was in full display: she won’t have an attack speed cap. Instead, she will gain unlimited attack speed by killing any pitiful large monsters or champions that get in her way.

In addition, she is yet another champion in Riot’s collection with plenty of dashes and a reset mechanic that will leave any player tilted for life. In general, Bel’Veth is looking to terrorize the jungle the longer games last.

Riot Games treated the playerbase with a highly-anticipated preview into Bel’Veth’s gameplay. After a long preview cycle in the Public Beta Environment (PBE), she stormed the rift to much fanfare.

After using an ability, Bel’Veth’s next two attacks have increased attack speed. Whenever she takes down a large monster or champion, she gains permanent attack speed.
Bel’Veth attacks faster than normal and has no attack speed cap. Her attacks and on-hit effects deal reduced damage.

Bel’Veth dashes in one of four directions, dealing damage to all enemies hit and applies on-hit effects. Each direction has its own unique cooldown that scales with attack speed.

W – Above and Below

Bel’Veth slams her tail to deal damage, knock up, and slow enemies hit. Upon hitting an enemy champion, Above and Below reduces Void Surge’s dash cooldown in the direction of the champion hit.

Bel’Veth channels a storm of slashes around her, gaining both damage reduction and life steal. Each slash deals more damage the more health the target is missing. The amount of slashes scales with her attack speed.

Passive: Every second attack against the same target will deal additional true damage and stack infinitely. Takedowns against epic monsters and champions will leave behind a piece of Void Coral. Void monsters such as Rift Herald and Baron Nashor will drop a special coral.

Active: BelieVeth consumes a piece of Void Coral and explodes, slowing and dealing true damage to nearby enemies. Upon consuming Void Coral, she enters her True Form temporarily. Consuming a special coral will extend Bel’Veth’s true form and spawn Voidlings from minions that die in her presence.
True Form: In her True Form, Bel’Veth gains increased max health, out-of-combat movement speed, and total attack speed. She also gains the ability to dash through walls with Void Surge.

It’s expected that Bel’Veth will release on Patch 12.11 on Wednesday, June 8.