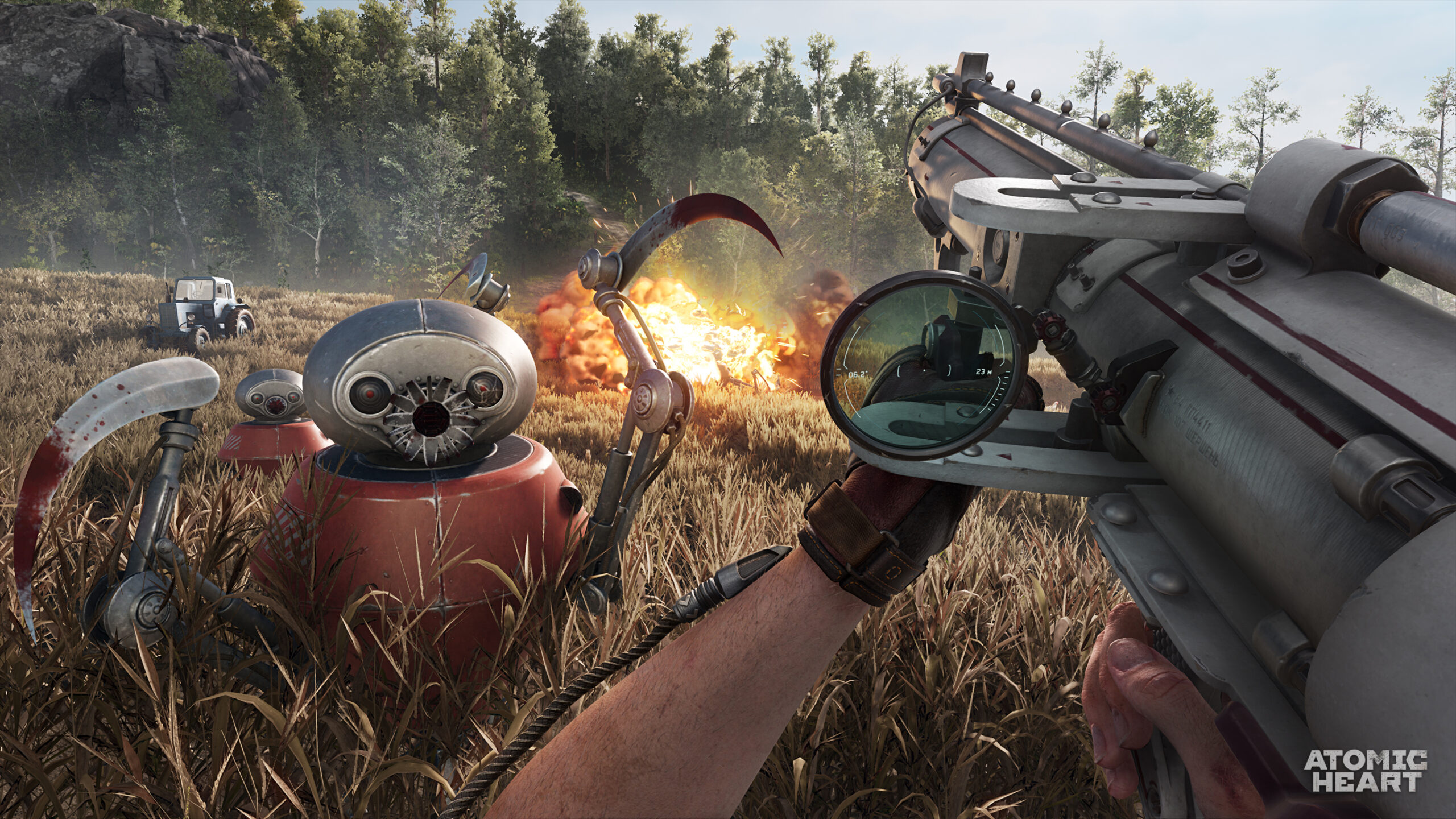 Mundfish’s Atomic Heart has finally gotten a release date five years after the first announcement teaser. If you’ve had this one in your Wishlist, you won’t have to wait much more. Atomic Heart is coming to PC, current and past gen consoles in February 21st 2023.

This is one of those projects that seem too good to be true. The announcement trailer looked incredible:

This felt like a Bioshock that met Fallout and too many particle effects in Russia, and everyone loved it. And that’s exactly what Mundfish, the Russian studio behind it, was aiming for.

At that time there were only 4 of us, with whom the history of Atomic Heart began. Artem Galeev, Robert Bagratuni, Evgenia Sedova and Oleg Gorodishenin set a goal – to release a game that can be put on a par with such games as Bioshock, Fallout and DOOM. With games that we’ve all played and that we all love.

If you watched that teaser trailer until the end, you might’ve noticed an interesting little detail: Atomic Heart was meant to be a VR game. That’s why PlayStationVR and SteamVR are mentioned. Originally, it was even called Soviet Lunapark VR.

The Steam page shows a lot of visual similarities and the setting was the same, facility №3826. As the Mundfish team grew, so did the project, and VR eventually was phased out for something more widespread and much needed: an immersive sim.

The Bioshock influence became more and more evident as trailers kept coming out. Take a look at this combat trailer:

It’s like we’re witnessing the Weapon+Plasmid gameplay of Bioshock 2 taken to a whole new level of crazy with particle effects galore and a range of weapons and gadgets that sprinkle in that Fallout flavour.

Regardless of the many comparisons that can be made, Atomic Heart’s setting makes it quite unique. This isn’t Rapture, Hell nor a post-nuclear wasteland. This is something even weirder.

The trailers snap from overly shiny suburbs to closed areas so filled with metal that they look like giant submarines. Enemy variety looks insane and the game’s visuals still look to good to be true. But sometimes these newer developers can be the ones to surprise everyone.

There are 4 DLCs planned, but there’s no other information regarding what they could be. We’ll have to wait for that one.

Three more months to wait and we’ll have Atomic Heart on our hands. If the asking price is too much for you, don’t worry, this is yet another big win for Microsoft, because Mundfish’s game is heading to Gamepass day one. Let’s see if exploring facility Nº3826 will scratch that immersive sim itch.