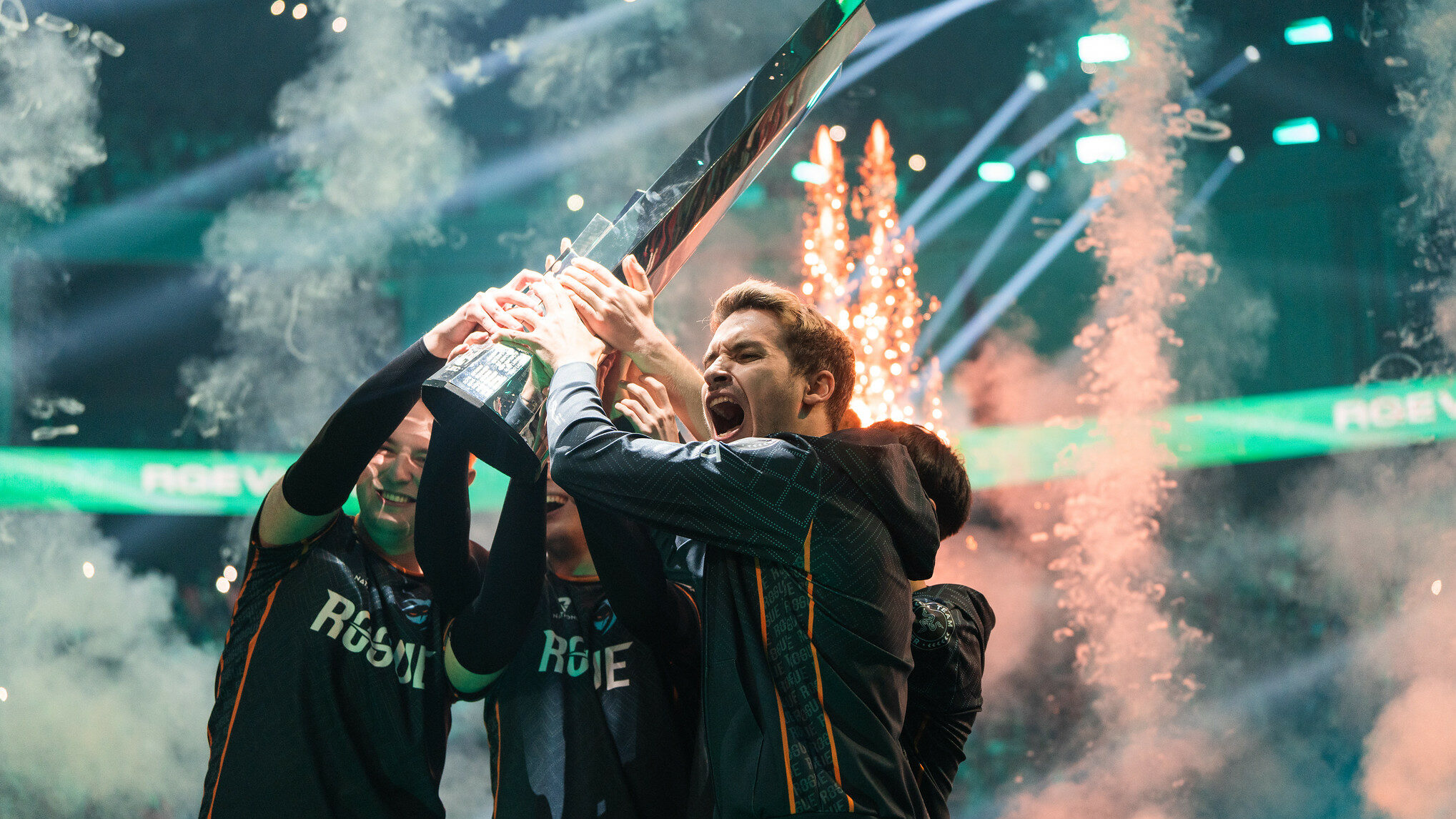 Odoamne is an LEC champion: “This is the moment I’ve been chasing for eight years.”

It has been a long list of attempts for the veteran top laner, but this split was finally it. With the rest of Rogue, Odoamne cleanly swept G2 in the grand final in front of thousands of cheering fans, as predicted on Sep. 10.

The third time was the charm for Odoamne and Rogue

It’s almost impossible to make the script better than having Rogue win in its third LEC final. Rogue has consistently been a top team in the LEC since 2021 but has also become known to choke when it matters. This time, Odoamne and Rogue finally broke the “chokers stigma” that has been haunting the team.

During a press conference Odoamne talked about the feeling of finally getting his hands on the LEC trophy:

“We fell short a lot of times before, and it feels so great to finally show up the way we did in such an important match. It is such a blank in my head after that final nexus exploded. It I was in shock and disbelief that it actually happened after so much time. I need to rewatch the moment, cause I don’t even know what happened. This is the moment I’ve been chasing for eight years.” “

While this is a big win for Odoamne especially, it was mainly jungler Kim “Malrang” Geun-seong who showed up as the giga-chad that he is. Malrang showcased his nasty Jarvan IV against Fnatic yesterday and repeated the success against G2 in both the second and third games.

It was also a series with a considerable bot gap, as Markos “Comp” Stamkopoulos and Adrian “Trymbi” Trybus crushed their opposition. They destroyed to a point where Comp got a Pentakill on Kalista in the first game and got 24 kills across the three games. Did we mention that Comp didn’t die the entire final? Well, he didn’t.

To no surprise, the performance from the Greek God in the bot lane granted him the finals MVP award.

As the newly-crowned LEC champions, Rogue and Odoamne will head to the 2022 League of Legends World Championship as LEC’s first seed.

Rogue debuted at Worlds last year but didn’t make it out of the group stage. This time, the team will have better seeding and, thus, better chances to perform. It also means that Rogue will have more pressure on its shoulders, which G2 is usually the carrier of.

Rogue will enter Worlds on October 7, when the main event begins.

A title that was long overdue. Congratulations to Odoamne and the entirety of Rogue!