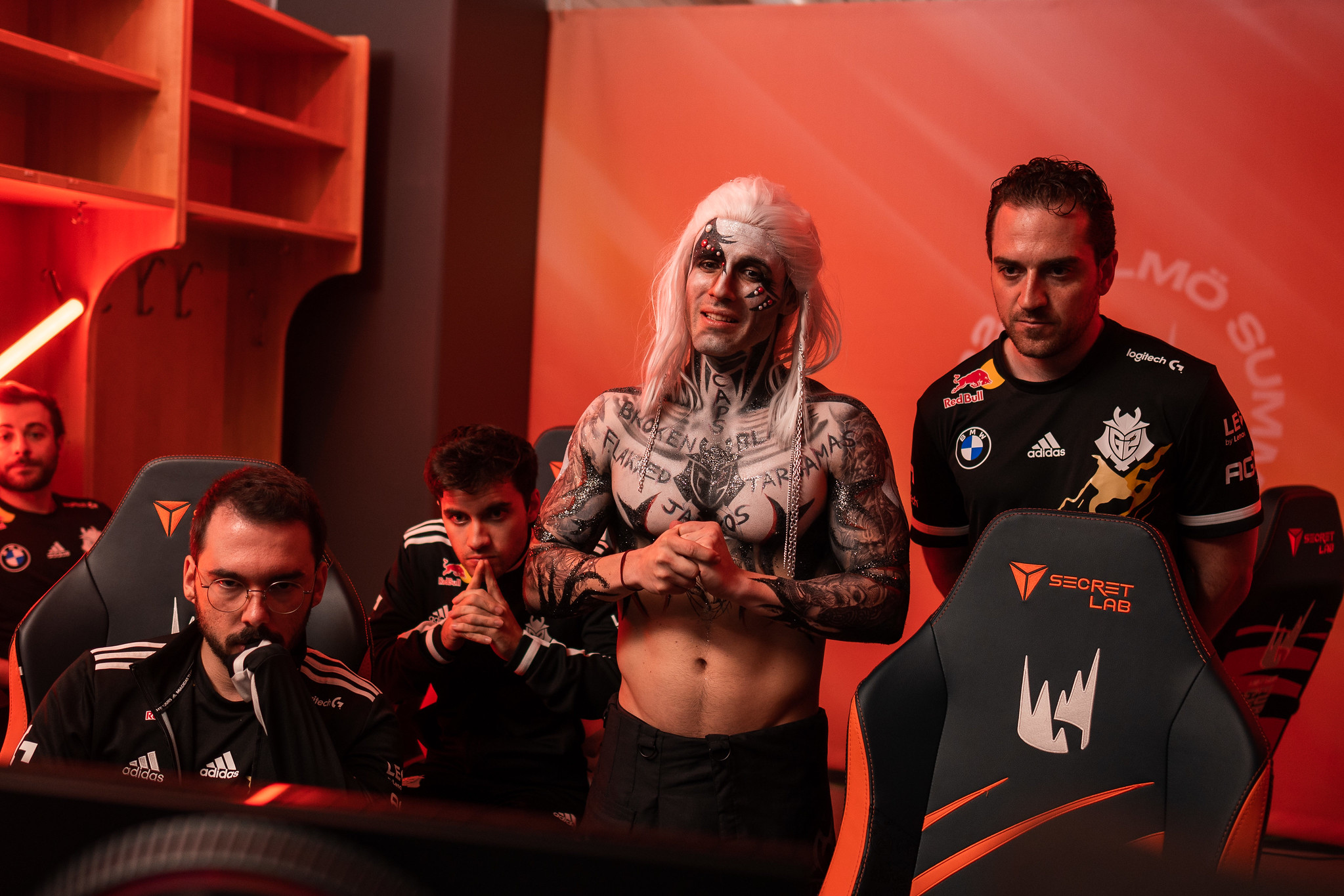 We need to talk

Things have taken an unsurprising turn of events after G2 Esports’ owner, Carlos “ocelote” Rodriguez Santiago posted a video of himself partying alongside controversial misogynist Andrew Tate: everyone is dunking on Carlos, for good reason.

In doubling down on his “friendship” choices, ocelote brought a whole can of worms into the open in the esports fanbase: misogynists are coming out of the woodwork, many of them going at high-profile people who speak against it.

Carlos, can we talk about your “friend” for a second?

In case people didn’t know, Andrew Tate is not merely a misogynist with abhorrent views: beyond publicly stating that he physically assaulted women, and relocating to Romania because it would be easier to evade rape charges, he is also under investigation for human trafficking after an American woman was held in their mansion against her will on April 2021.

It is one thing for a clueless person to waltz into TikTok and get dragged into misogynistic content, but it’s another to keep supporting a person whose “glowing” actions paint an accurate picture of a deranged individual—in no way someone people should affiliate with.

Carlos’s tweet of the video wouldn’t have blown things to this proportion, but his doubling-down did. Even if he and Tate may not be friends, ocelote sure made it sound like it, stirring major controversy in the process. Context is key here.

You may be fine with that, but G2 Esports won’t

However, for an organization’s flag bearer, its owner, endorsing a person with such views is tantamount to organizational suicide. For the sake of article brevity, let’s omit the human side of it and focus purely on the business.

As the controversy spreads, G2’s many sponsors will have to do a double take: will they endorse those views and be dragged in the mud with him, or will they sever ties and leave him to dry? And we aren’t talking about the shareholders, who would perceive this situation as going against the possibility of making profits and keeping G2 profitable.

Furthermore, the image that G2 has built throughout the years would vanish, as some of the actions would be seen as nothing but empty promises, and as attempts to appeal to different demographics purely for business’s sake. We’re obviously talking about—among others—G2 Gözen, their VALORANT Game Changers signing; and the recent acquisition of all-woman League of Legends team Burger Flippers (now G2 Hel).

Either way, Carlos paved the way for a whole demographic to thrash and writhe in esports, and they didn’t take long to show themselves (granted, they were there but didn’t show it). As Aaron “Medic” Chamberlain stood against it, his DMs took a beating—and it sometimes borders on the “WTF did I just read?” boundary.

Judging by replies, people defending Carlos and Andrew Tate are focused on finding flaw with people who are making counterarguments, rather than re-assessing the situation. To gain a moral high ground where there is none available to them, they simply attempt to bring others low or beneath them—in their minds at least.

All that this situation has done is ‘create war’—right out of Andrew Tate’s playbook at that. And it will take a lot of measured self-reflection to get out of this mess. What mess? This type of mess: someone who won G2 merch from a raffle, only to do this to it because of its CEO’s deeds, associations, and endorsements.

Things are on fire, and this isn’t fine

The damage is done, and any measures taken from here won’t change how betrayed, revolted, and/or revulsed esports personalities, workers, and fans at large feel by the actions of one of its most prominent individuals—one who they watched grow since 2015. And on the organization’s side, the damage extends beyond G2’s brand: employees will bear the brunt of it.

With this controversy ongoing, time is ticking for G2 Esports and ocelote to draw the line, and whichever one they draw is up to them. They choose to ‘triple’ down and dig themselves into a hole, holding contracts hostage and undoing all their work and the goodwill they garnered over the years and recently.

Or they could enforce the values that they wish to promote (inclusivity among them) and take a hard line and difficult actions. In that case, Carlos would have to choose: his ‘friends,’ or G2.

And it will take more than an apology to correct course if he makes (or can make) the most difficult choice: stay in G2 and reverse the damage that he has dealt.