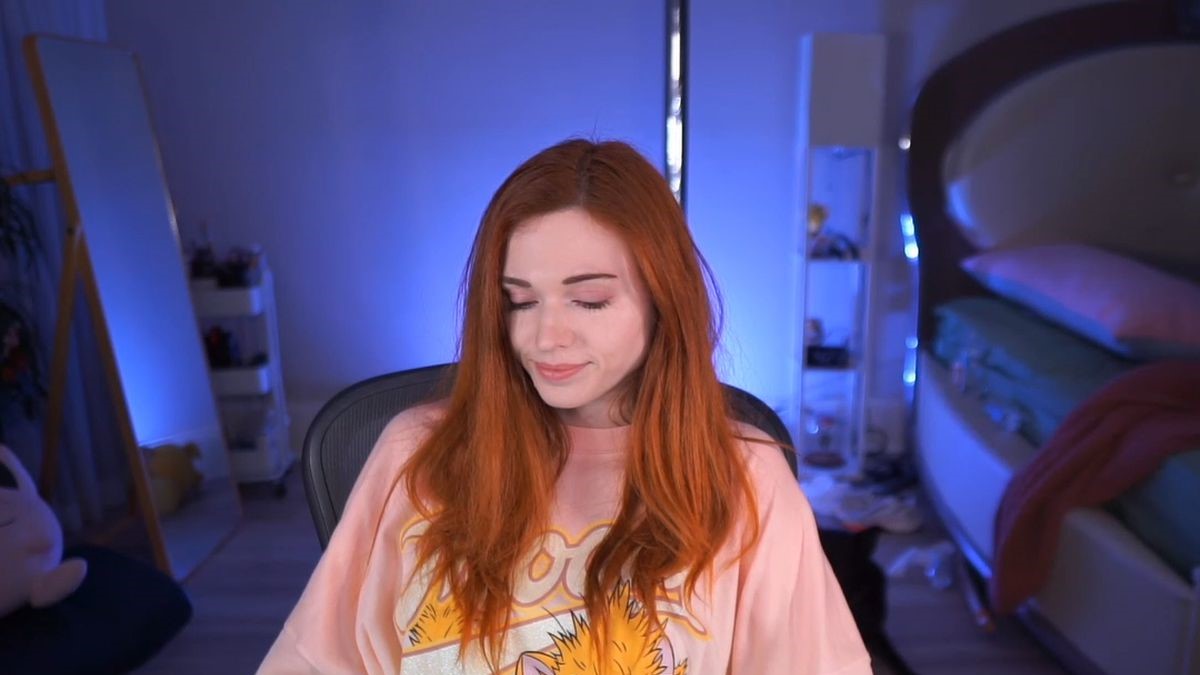 Twitch streamer and content creator Amouranth announced on Twitter that she’s taking a break from streaming, following an online announcement of alleged abusive and controlling behavior from her husband earlier in the week.

The tweet came a day after she had streamed to her followers stating that she had sought legal and emotional help and that she was “free.”

These developments come a few days after she alleged abusive behavior from her husband – it was also the first time she made a public disclosure of her marriage. Amouranth revealed on October 15 in a broadcast that he had been subject to threats and manipulation.

Amouranth said that her husband controls her finances, and forces her into streaming long hours against her will. If she didn’t cooperate, she said, he would threaten to kill her pets and take away all her money.

During the 33-minute long stream, Amouranth aired a call with a man believed to be her husband, asking him why he had threatened to harm her dogs.

After a pause, a male voice denied the allegations, calling her a liar and demanding that she leave the house.

Amouranth also alleged that her husband threatened to take all her money, that he would either “burn it in court” or “put it all in crypto”, leaving her with “only $1 million.”

Amouranth claims that it was his desire to keep their marriage private because it would “ruin the business model”, demanding instead that she pretends to be single.

The stream included some clips of Amouranth revealing text messages back and forth between her and her husband. In the texts, there are repeated instances of him calling her a “dumb f**k” and referring to her streams as ”garbage.” These also included a threat to dump her luggage if she didn’t cooperate.

A couple of days later, Amouranth announced that she has sought legal counsel and regained control of her finances and social media accounts. According to her, her husband is now away “getting help.”

Amouranth is one of the most popular streamers on Twitch and the most-watched woman on the platform. Her allegations against her husband have brought almost unanimous support from her followers and other content creators on social media, all assuring her that she should take as much time as she needs.