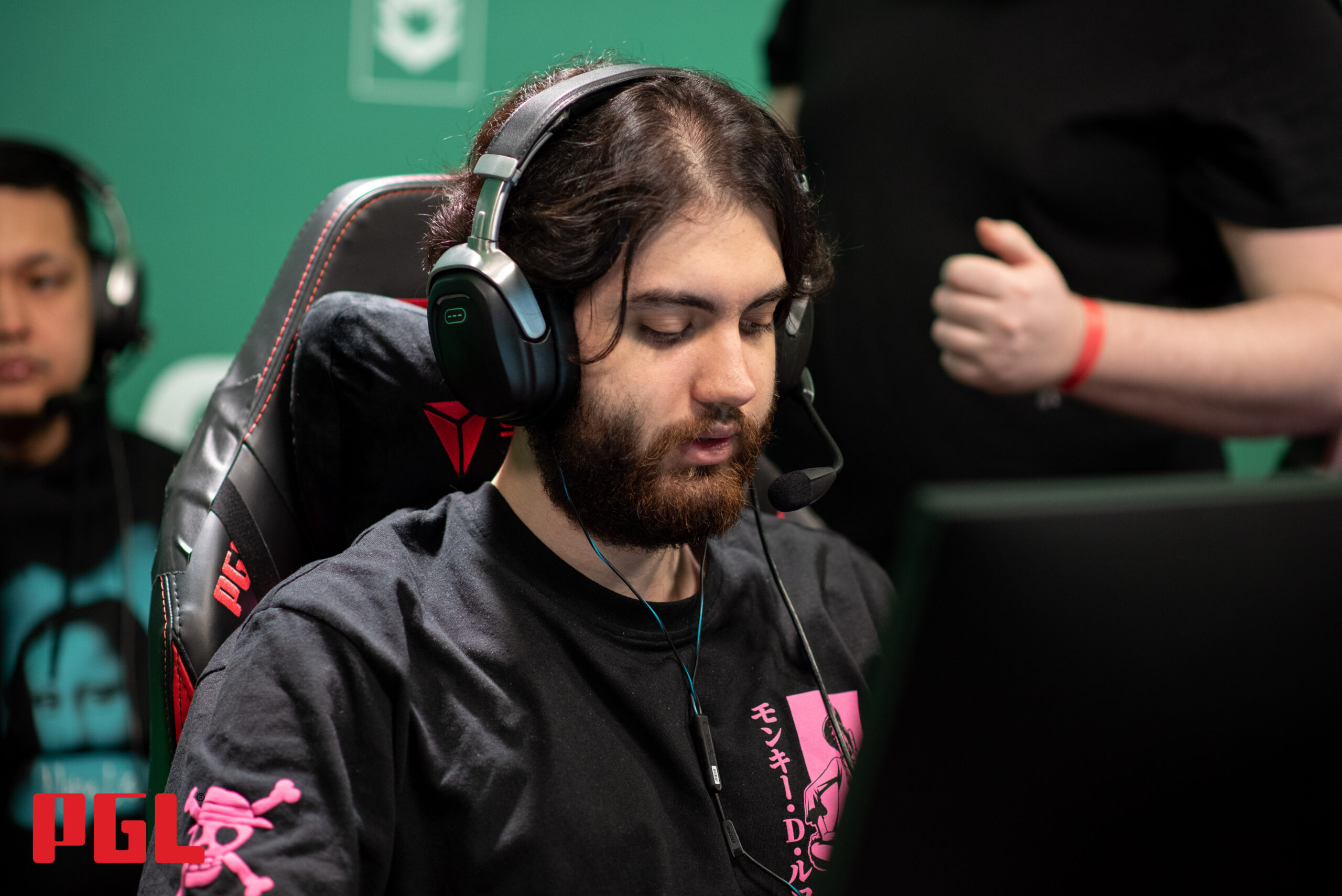 All teams in the IEM Rio 2022 Champions Stage confirmed

The IEM Rio 2022 Legends Stage was as competitive as expected, but no one could have predicted which teams it would be that made the Champions Stage.

With many fans’ favorites FaZe Clan falling 0-3 on day two, it was easy to see that this Legends Stage was well and truly going to fuck everyone’s Pick ‘Ems. That being said, if you’re still on for a Diamond Coin then congratulations, you’re smarter than our very own Jaxon. He thought Liquid was favorites to win the whole thing. That’s aged well.

As it happens, you’d have had a better chance of hitting the broad side of a barn with a football with your legs tied than correctly guessing the teams that would make the IEM Rio Champions Stage. So, in case you’re not all caught up, here are the teams who somehow managed to run the gauntlet.

Hometown favorites FURIA were the first team to make it through to the IEM Rio Champions Stage, qualifying 3-0. Along the way, they demolished ENCE 16-6, beat Team Spirit 16-13, then crushed BIG in a 2-0 BO3 victory.

FURIA would have been one of the outside picks for the Champions Stage, coming into the event ranked 8th in HLTV’s team rankings. With the roaring home crowd behind them, however, they blitzed their competition and eased their way to the next stage. Stars Yuri “yuriih” Santos and Kaike “KSCERATO” Cerato are still shining brightly, they’re two of the top five rated players at the event. They’ll need to keep up this form too if FURIA is to continue this incredible run.

With echoes of PGL Krakow 2017 on everyone’s minds, they will be well aware that the final of the Major involved a Brazilian team. History doesn’t repeat itself, it rhymes. The crowd will be hoping that this time round that rhyme is uneven.

There’s long been a narrative that Cloud9 isn’t quite the team they were in the Online Era. One of the successes of that time, they won multiple tier-one tournaments from the comfort of their own homes. The return to LAN hasn’t been as fortuitous for them, often lackluster in front of crowds or failing to even get that far.

They did win IEM Dallas, however, and it seems that same form might be with them in Rio. Dimitry “sh1ro” Sokolov is still their highest-performing player, but the standout is IGL Vladislav “nafany” Gorshkov. Just as in Dallas, the trigger-happy, hold W merchant is proving to be Cloud9’s win condition. They’ll be reassured by Sergey “Ax1le” Rykhtorov too though. He had a difficult Challengers Stage, but he was back to his usual self as they fought to their 3-0.

What was that line about the rhyming of history? Abay “HObbit” Khasenov featured in that final and won. Maybe he’ll be the man to spoil the party for Brazil should it come to pass this time around.

Outsiders are known for being quite boring, but it appears Petr “fame” Bolyshev didn’t get that memo. We’re not sure where they got him from, but he’s been a revelation in recent months and is actually managing to make Outsiders interesting. So that makes him a miracle worker too.

He’s not been a one-man army, though. Dzhami “Jame” Ali has been in top form as Outsiders made their way to the IEM Rio Champions Stage 3-1. He’s not even been saving egregious amounts, so we’d say he’s feeling it.

Jame and his old mate Alexey “Qikert” Golubev have reached a Major final before, so they know what it takes. Unfortunately for them, they came up against Astralis that time, if lightning strikes twice, it’s likely there won’t be a team quite as good as Astralis this time around. Well, unless Oleksandr “s1mple” Kostyliev is their opponent anyway.

When Heroic signed Jakob “jabbi” Nygaard, it was supposed to turn them from a team that could only win a tournament against the worst Astralis roster ever into true contenders, but that hasn’t quite gone to plan. What a difference a few months can make, however.

Heroic looks like a completely different team now, a threat as they did alongside Cloud9 in the Online Era. They’re a kill-by-committee team, and they’ve been doing that to their best in Rio. Martin “stavn” Lund hasn’t been at his best, but that’s been negated by Casper “cadiaN” Moller performing at a consistent level.

Just like their Online rivals, it’s their IGL stepping up that will prove to be Heroic’s win condition. We feel cadiaN might have to step up another gear for Heroic to go any further in the IEM Rio Champions Stage.

Fnatic – The old new kids on the block

Okay seriously, how the fuck did Fnatic make it this far? We don’t mean that with any disrespect. In fact, we love Fnatic. William “mezii” Merriman is starting to shape up to be a fantastic IGL for the future, and besides that, he’s British. Thing is, we still can’t tell if they’re any good or not.

They’re by far the most inconsistent team in the event, and to be honest, they may have only gotten this far due to luck of the draw. We don’t care though, UK CS has made it to the top 8. Not just that, but so too has legendary Swede Freddy “KRIMZ” Johansson, who has been a pure delight at this Major.

FURIA might be the hometown heroes, but with FaZe gone, NAVI is now the clear favorite for the event. At least on paper anyway. With s1mple, it would be impossible for them not to be, but when a team can get this with a player like Valeriy “b1t” Vakhovskiy underperforming as much as he is, it’s a good sign.

This is the position NAVI finds itself in, however, as the only truly elite team left in the competition. Of course, they will be disappointed that they only qualified for the IEM Rio Champions Stage on the final day, but their being there is all that will matter in the long run. Their rivals may have disappointed, but they did not.

b1t will need to step up in order for s1mple to win his second Major, but as one of the most talented players in the world, that shouldn’t be out of the realms of possibility. s1mple deserves a second Major, and he’ll never have a better chance than this.

Spirit – You can’t stop the chop

Do you remember when Leonid “chopper” Vishnyakov was lighting up Majors with a Vega Squadron that specialized in pure unbridled chaos? We do. Now he’s the IGL of perhaps our favorite team in the Major, one far more calculated and disciplined than Vega could have ever hoped for.

When Spirit benched Abdul “degster” Gasanov after finishing in the semi-finals at PGL Antwerp, it seemed like they had taken two steps backward. How wrong that sentiment was. Not only was their former AWPer eliminated in the Challengers Stage, but their new AWPer Igor “w0nderful” Zhdanov is, well, wonderful.

It’s insane how good this roster is for how young its players are, they were the only team to challenge FaZe in Antwerp and they could go even further this time. It would be incredible if they do manage it, but with a win over Liquid under their belt, anything feels possible.

MOUZ – La MOUZia could take it all

MOUZ has quietly been one of the most impressive teams in 2022. After making playoffs at IEM Cologne, they’ve since done so at Pro League and now they’ve made their second Major playoffs ever. Even more impressive, they’ve done all of that while slowly bedding in new talent from their MOUZ NXT roster.

It’s taken the best part of the year, but this MOUZ roster looks like it will be a real contender very, very soon. We wouldn’t be surprised at all if they had a tier-one event or two under their belts by this time next year.

David “frozen” Cernansky is becoming the superstar MOUZ needed when Robin “ropz” Kool departed and Dorian “xertioN” Berman is proving to be one in his own right too. With the massive improvement Jon “JDC” de Castro has exhibited over the year, it doesn’t even matter that Adam “torzsi” Torzsas isn’t performing as well as you’d hope he would. At least, it hasn’t mattered yet anyway.

This might be too soon for MOUZ, but they have the talent to go all the way. Maybe Rio will be the time that these academy boys cement their ascension from amateurs to legends.

Calling it now: FURIA vs Outsiders in the final.