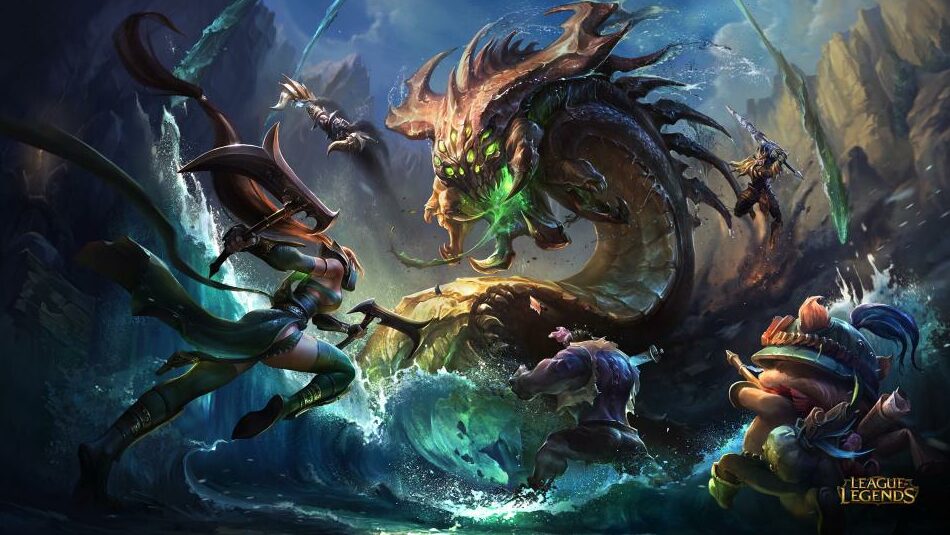 The keys to victory

League of Legends is a game where individual outplays aren’t enough: macro play is also in focus, and gaining control over the neutral objectives will carry you to victory.

Both teams will contest neutral objectives for good reason: they will give significant buffs to the team that manages to take them down, and it will often require more than one player to slay one of these creatures.

On Summoner’s Rift, there are three types of neutral objectives: Dragons (a.k.a. Drakes), Rift Herald, and Baron Nashor. These neutral objectives have different purposes and effects, which we will walk through in this article.

All Elemental Drakes in League of Legends

More complex and varied than before, Drakes grant “Dragon Soul” or “Elemental Soul” when a team slays four of them. The soul will depend on the third Drake that spawns in the game, which is also the one that will determine the map layout for the rest of the game.

All Elemental Drakes spawn at the Dragon pit, with a five-minute respawn time. Once a team claims its fourth Drake kill, Elder Drake will spawn from then onward.

If the third Drake in a game is the Infernal Drake, then each team will have the chance to obtain the Infernal Dragon Soul. The soul gives all players on the team a buff that triggers an explosion around targets hit by a basic attack or ability. This buff is permanent and has a three-second cooldown.

Cloud Drake gives teams a stack of Cloudbringer’s Grace when taken down. Each stack will buff the team with slow resistance and out-of-combat movement speed. The Cloud Soul will give bonus movement speed after casting your ultimate. This movement speed buff lasts six seconds and has a 30 seconds cooldown.

Ocean Drake will provide a nice amount of sustain for the team that manages to slay it. Each kill rewards a stack of Oceanic Will, which gives the player bonus health regeneration every five seconds. The Ocean Soul will provide even more healing, as it heals and restores mana after dealing damage to enemies. Damaging minions will also grant healing, but only with a 30% effectiveness.

Mountain Drake toughens up the team that takes it down, with each stack of Mountainous Vigor giving bonus armor and magic resistance. When a team acquires the Mountain Soul, all players will be granted a shield every time they don’t take damage for five seconds. This shield scales with attack damage, ability power, and bonus health.

Added ahead of season 12, Hextech Drake grants a stack of Hextech Prowess upon takedown, which gives ability haste and bonus attack speed. The Hextech Soul will greatly boost damage, as dealing damage to an enemy will cause a strike of lightning to bounce through the target. This deals bonus true damage and slows the enemies hit.

The new Chemtech Drake will grant increased damage and damage reduction to the team that gets the Chemtech Soul. What each Chemtech Drake stack will do remains unknown but should be revealed soon before the preseason launches.

In 2015, to provide early-game action around the top side of the map, Riot Games added a new neutral objective: Rift Herald. Over time, it has grown as important as initial Drake spawns.

Rift Herald spawns in the same pit as Baron Nashor, but only for the first 20 minutes of the game. It first spawns eight minutes into the game, and it can respawn once if slain at 13:45 into the game at the latest.

When activated, the Rift Herald will spawn on the map and move towards the nearest enemy turret. When in front of a turret, Rift Herald will charge to deal significant damage. Rift Herald can charge several turrets and is a great tool to secure early-game turret plates, turret takedowns, and overall map pressure.

It spawns in the Baron Nashor pit 20 minutes into the game and has a six-minute respawn time after it is killed by one of the teams. It will provide each player on the team that takes it down with gold and, most notably the “Hand of Baron” buff.

This buff grants all holders an empowered recall and buffs nearby allied minions when a champion with the Hand of Baron is around. Furthermore, it grants bonus attack damage and ability power.

When killed, Baron buffs all living teammates no matter where they are on the map. Each individual Baron buff lasts three minutes or until the champion carrying it is killed. The Hand of Baron can completely change a game on its head, as the empowered minions can spell doom for the opposing team’s base.

The Elder Drake is the king of all drakes, as it is the one that spawns last and can make or break a game. The Elder Drake won’t spawn until one of the teams has secured Dragon Soul, so consider this the ultimate late-game objective.

When a team takes down the Elder Drake, they will gain the Aspect of the Dragon buff for 150 seconds (2mn 30s). This buff makes the champions inflict enemies with a burn effect and execute enemy champions when they go below 20% of their maximum health.

The execute effect makes the Elder Drake buff extremely deadly. As such, you DON’T want to fight a team that has it.