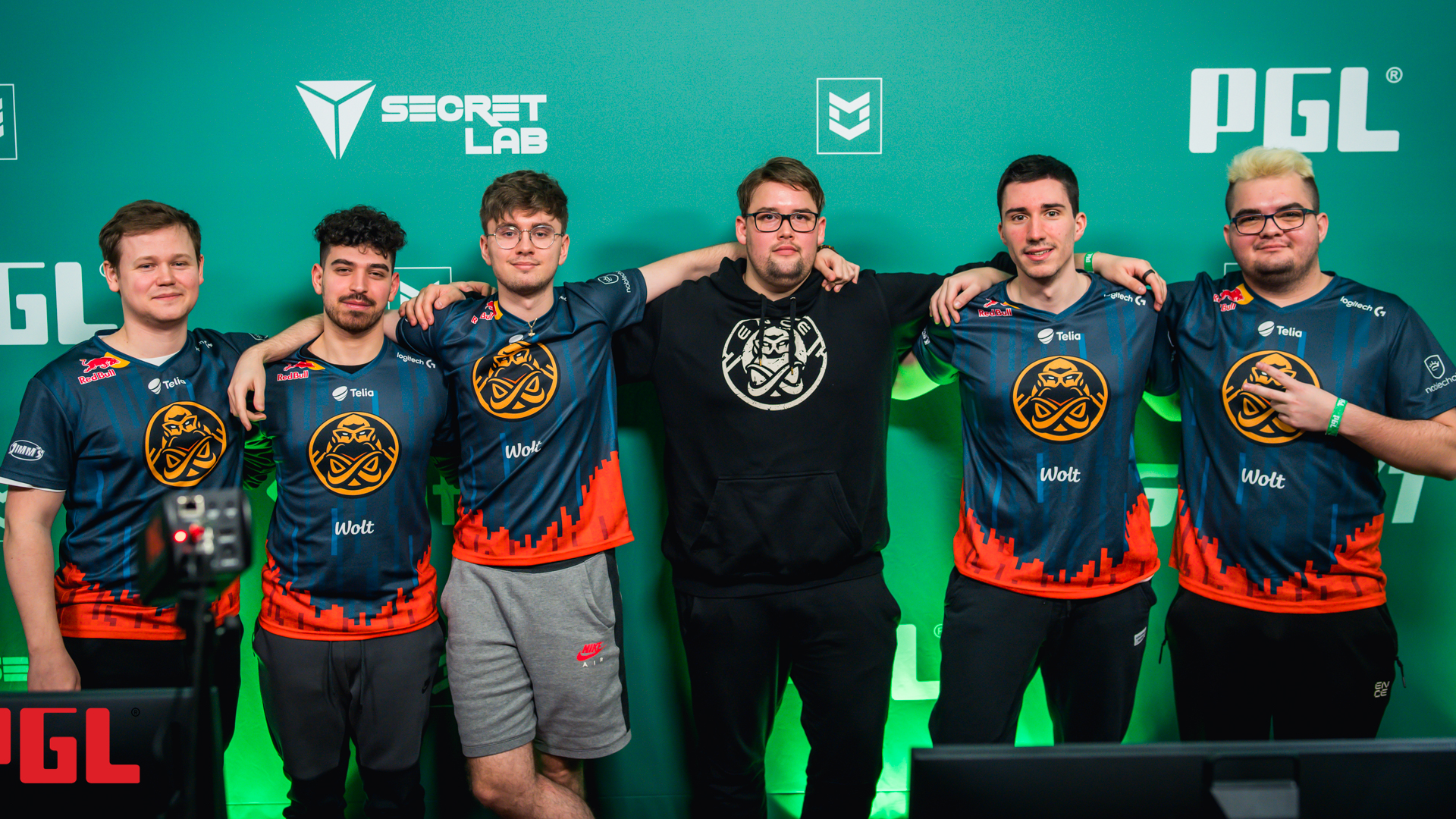 After an incredibly long week, ESL Pro League Season 16 Group B has finally concluded. Surprise, surprise, it was as boring as expected. G2, FaZe, and Outsiders all qualified for playoffs with BIG, MIBR, and FTW failing to put up any amount of challenge.

Thankfully, Group C promises to be better and hopefully will bring as much fun as Group A did.

There isn’t really a clear favorite for Group C, at least not anymore anyway. Before the player break, ENCE would have been favorites, but that break saw them undergo huge changes. Lotan “Spinx” Giladi left for Vitality, while Aleksander “hades” Miskiewicz was benched. They will be replaced by former Movistar Riders talisman Alvaro “SunPayus” Garcia and Dane Valdemar “valde” Bjørn Vangså.

As a result of this, ENCE is an entirely unknown prospect. One of the best teams of the year so far, there’s nothing saying they couldn’t be terrible right now. SunPayus may have been a star for Movistar, but that was only really for CT sides; his T sides drop off massively. Valde on the other hand had his last official match in April. There may be some warming up to do for him.

All said and done, ENCE might qualify by the skin of their teeth. They’re not the only new team in the group, and that could be their biggest fortune.

If you go by HLTV rating, Astralis is probably the current favorite to come first in Group C. They’re fourth in the world, six higher than their closest competitor MOUZ.

That being said, Astralis’ HLTV rating is something of an over-rating. Other teams making changes and a good Cologne placing is what makes Astralis so high. In reality, they’re still quite sh*t.

Andres “xyp9x” Holsjeth is a washed-up bot and Asger “Farlig” Jensen is a $4750 decoy. As for Kristian “k0nfig” Wienecke, he can be a game-changer, but that’s only really due to his huge inconsistency. Benjamin “blameF” Bremer can only do so much when he’s in a 1v4 every round too.

We still expect Astralis to qualify, but it might not be as simple as they hope.

Heroic thus far hasn’t looked as impressive as one might have hoped since the signing of Jakob “jabbi” Nygaard. They’re still better than if they’d have kept Ismail “refrezh” Ali; they actually have five players who can shoot back now. Still, we had hoped for more.

Heroic will be expecting to qualify, especially with the extra practice time they will have had over MOUZ and ENCE, but don’t be surprised if they don’t make it. As we’ve seen already with Vitality and G2, the new teams can be full of surprises.

MOUZ recently promoted Dorian “xertioN” Berman in favor of Aurimas “Bymas” Pipiras. The Lithuanian had struggled for a while, it had always felt like we were just waiting for the day the Israeli would step up from the NXT roster in which he had built his reputation.

It’s not been the best year for MOUZ so far – this is yet another change in a year of changes. With the rest of the academy team leaving, however, you’d think MOUZ might finally be happy with their team. If they weren’t, Kamil “siuhy” Szkaradek would surely be in the team in favor of Christopher “dexter” Nong by now.

They might be the only other team in this group in the top 10, but like Astralis, that’s largely down to other teams making changes around them and Cologne placing. Depending on whether Heroic has gelled, and the level to which ENCE shows up, MOUZ could be the fourth best team in this group.

Like Heroic, they’ll be expecting to qualify. That being said, we really wouldn’t be surprised if they don’t make it.

Complexity will hope to be the surprise package of the group, and being fair to them, they stand a chance of it too. They look massively improved with a real AWPer in their squad. Qualification would be a huge success, but don’t count them out as a dark horse.

The final team in Group C is the tournament’s sole French participant, HEET. HEET is an unknown quantity in tier one, this is the first tier one tournament they’ve managed to qualify for. Even better, they did so by beating French rivals Falcons.

With Alexandre “bodyy” Pianaro and the arrival of Audric “JACKZ” Jug, HEET has plenty of tier-one experience to know what to expect here. Qualification might be out of their reach, but if they can gain experience with the RMR in mind, they might just make the Major. That’s the bigger win.