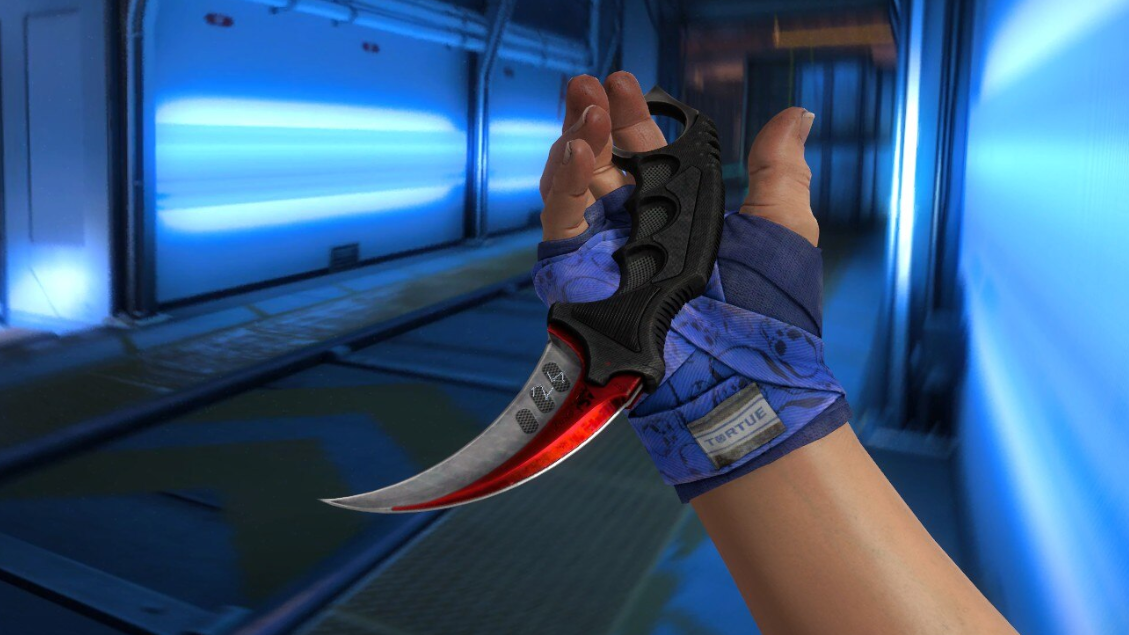 CSGO knives have been a huge part of the game since their release in 2013. Since them, Valve have padded lockers by adding many new knives to the game.

Not all knives are created equal, however. Some will inspire envy in anyone who sees them. Others will generate a chuckle in your teammates.

It takes a sophisticated palate to determine a great knife from a bad one, so we can’t expect everyone to know the ins and outs. Don’t worry, we’ve got you covered.

Now, let’s get into why your knife collection is mid.

Navaja owners, I’m so so SORRY.

We both knew this was coming; if it makes you feel any better – I prefer Navaja to Gut Knife.

You guys should be 19; consider yourself lucky.

Get away from me with your ugly self-proclaimed knife.

Everything else is… Sorry guys, the wobbly pull-out animation is awful, and the nickname for these knives are “butt plugs” it can’t get much worse!

The Bowie Knife is a hard one. The blade is beautiful, but the fact you can only see one glove is a joke.

What’s the point of owning gloves if you can’t see them both? If you want to see a good Bowie knife, though, Check here!

The Falchion knife is the BEST knife for skins at a low price.

The only reason people don’t like it is because of the small blade.

Animations are 10/10, and the knife itself isn’t that bad, just not desirable among the CSGO community.

The Huntsman knife is literally a spiked rectangle. The pullout animation is meh, and the knife is bulky and ugly. Really nothing special.

Navaja is better than huntsman – Change my mind.

To be honest, this knife is excellent.

The flipped animation is incredible, and the blade looks deadly – I like it!

The Paracord Knife is very hit-or-miss, personally, I love it.

But we never really see it around the game too much, perhaps let’s change this?

Ursus knife is fantastic, shares the same pull-out as the Paracord, and has an excellent blade.

What is that handle though?

The flip knife is lovely, but not much skin coverage. It’s most definitely a safe option!

The toothpick is most certainly a commendable choice!

The handle is a fine addition to the blade’s formal aesthetic. Looks awesome in Ruby finish!

Can’t rate too high or low or we’ll get hated on (fade is alright too, I guess).

AKA the “budget Karambit” the Talon Knife still sits above all.

The knife is cool, but kind of felt like a side quest? Handle, again, is kind of ugly but everything works!

By FAR, the best vanilla knife on the game in terms of aesthetics.

The Bayonet has its unique pull-out animation and works with all the finishes!

This knife never used to be highly rated until a certain Mr. s1mple decided to use one.

His usage of the knife brought to light how much of an excellent knife this is with the rare “cutting yourself” animation and the tactical blade’s sleekness.

By far, this is one of the coolest-looking knives in the game.

I mean, it has its downsides, but ultimately this is every kid’s dream to own one of these things. The deadly fidget spinner!

This knife is CSGO. I mean look at it, it’s a mix of everything beautiful in this world.

Also, the pullout animation is broken – player model goes through the handle!

I know that Karambit owners want it to be number 1, and so do I, I promise!

This is the most iconic knife of CSGO. It holds years of history, and we’ve all desperately wanted one at least once in our lives.

Perfection. That’s all I have to say.

The knife has quadrupled in price since it was released; there is no such thing as a budget butterfly knife!

Are you surprised by this number one? I don’t think so!

If you’re interested, be sure to check our 5 rare CSGO skins you’ve never heard of!