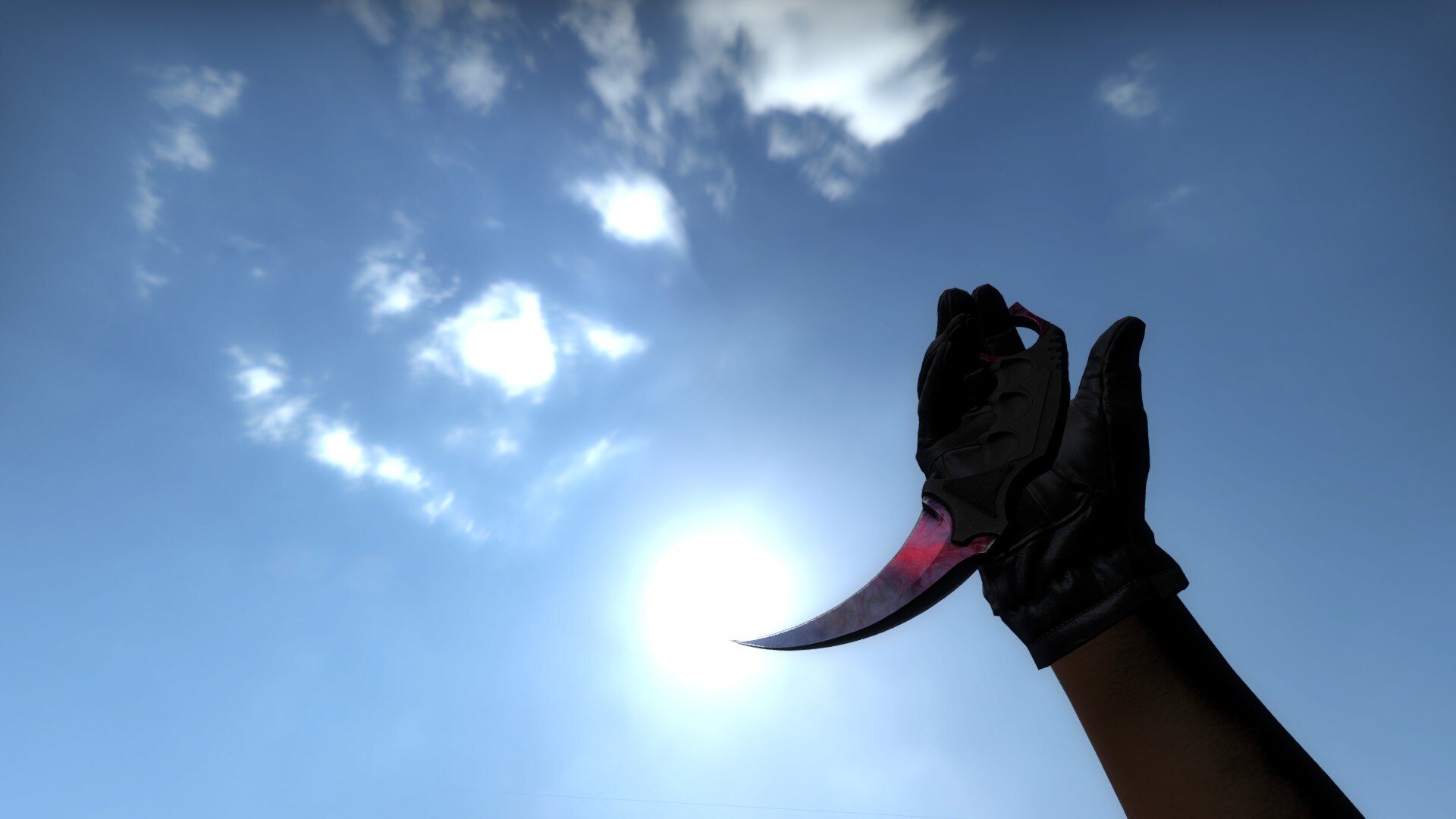 All CSGO doppler phases are so different yet so similar.

That is why it is so important to have an explanation and show the differences between the phases.

Maybe you want to buy a CSGO doppler knife but don’t know where to start.

Well, we are here today to show you the differences.

The example knife we will be using is an M9 Bayonet. An almost exact pattern will appear on other CSGO knives that offer the doppler finish, so don’t worry!

This is a prime example of a doppler phase one knife.

As you can see, the knife is dominantly black but has a deep galaxy gloss effect within its color.

There is also a strip of purple through the center. This is the key effect that classifies it as phase one.

Phase one doppler knives are black, with a touch of purple.

The backside of the knife will also share a similar effect, with a small amount of purple.

This applies to all phase one knives.

Phase one knives are the closest to the infamous “Black Pearl” phase.

Contrary to phase one, phase two’s dominant color is purple with a hint of black.

Phase two knives are the most desired and purchased doppler phases amongst the “middle class” of skin connoisseurs.

The knife has a strong dominance of purple on both sides of the blade, making it different from all other CSGO skins, as this is the only type of skin that gives this beautiful colorway.

It’s not really a difficult task to understand why this is such a desirable knife. Just look at it.

The knife doesn’t really have a specific dominant color.

But, the knife will always feature black, a small amount of blue, and a slight hint of green.

The green is what makes people dislike the knife.

The blade appears to be quite messy and looks terrible in a high float.

It’s straightforward to identify phase three because of the green.

Also, it’ll be the lowest price as nobody wants it!

We have phase four to end it all from the budget doppler phases.

Phase four is CSGO’s second most desired phase due to its high presence of glossy blue on a black canvas.

The colors and design work perfectly together, as you can see.

The knife will feature dominance of blue on black. Always.

It is by far one of the most straightforward phases to identify.

We have finally reached the crème de la crème of the doppler knives.

This is the black pearl gem phase.

The term “gem” means that the blade is one specific color throughout its surface area.

These things are expensive, and as you can see, it’s not hard to identify.

Some often mistake phase one for a black pearl.

The sapphire doppler gem is the most desired variant of the doppler family.

If you want to buy this specific knife, for example, you are looking at around $8500.

But, nevertheless, you have come here to learn.

And to identify this knife, you simply look at it and I’m sure you will have no trouble or confusion deciding what phase it is.

This doppler gem is known as a ruby.

Again, like the sapphire, it’s not really a difficult classification.

The knife is akin to a glowing ruby, hence its name.

This Gem is the second most desirable doppler gem, therefore making it slightly more affordable.

But, do not be disheartened, the ruby finish can be found much cheaper on less desirable knives.

The Navaja knife ruby will only set you back $300, but you will be memed by the community.