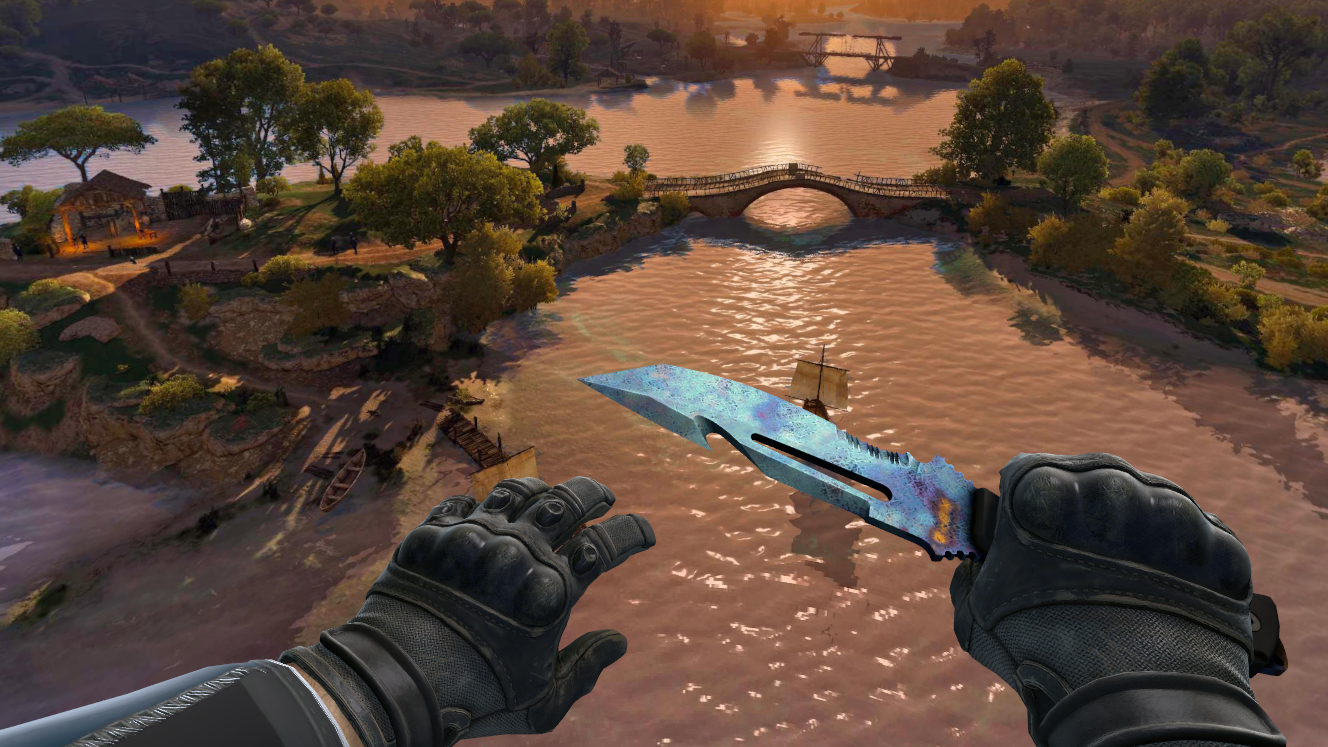 To the skin lovers, it is, of course, integrated into our heads that we will never be able to own a CSGO blue gem skin. Well, that is where you’re wrong.

Now, to those who think you’re going to get any blue gem for less than $100, unfortunately, you are horribly wrong!

But, your CSGO inventory will look fantastic.

Just between you and me, not many people realize how cheap you can get some blue gems in CSGO; therefore, they will think you’re a God amongst men.

Now, the Five-Seven case hardened blue gem is an incredibly underrated skin.
The blue perfectly complements the CT-sided blue and black-clothed player models.
This gives off a sleek and clean look that not many other Blue Gems can offer.

The pattern you can see in this image here is the “363” pattern in minimal-wear condition, bought by yours truly off buff for $90, which is an absolute steal.

They act more similar to liquid items, but to label them liquid just wouldn’t be true.

Just to add – the lower the float, the cheaper it’ll get. Don’t forget to barter too, lads.

Now, this AK is beautiful.

If you want to buy one, I advise using BUFF163 instead of any other website.

The Navaja knife, as we know, not got the best stereotypes. But, this knife is the most unspoken gem in CSGO existence.
To own a blue gem KNIFE, not shabby tier 4 ak-47, AN ACTUAL TIER 1 KNIFE, is ridiculous. This knife will blow minds and raise a lot of eyebrows. That is a promise.

If anyone, and I mean anyone, gives you a hard time about owning this knife, just ask the simple question, “Where’s you’re blue gem skin,” and all your problems shall disappear before your very eyes.

Now, this knife is much more desirable; obviously, people have mixed opinions, but overall, it’s a respectable knife.

The knife again is still a high-tier Blue Gem skin, but the pattern is significantly cheaper than many other Bowie knife blue gem patterns.

This is because the blade is so big that the patterns blue doesn’t cover the entirety of the blade.
Nevertheless, my dear friends, this is still a blue gem.

For me, it’s essential to let everyone know that rather than spending $500 on an M9 Bayonet Doppler, like the other 100,000 CS:GO players, there are more unique and amazing options for you to stand out.
You can do it on a budget.