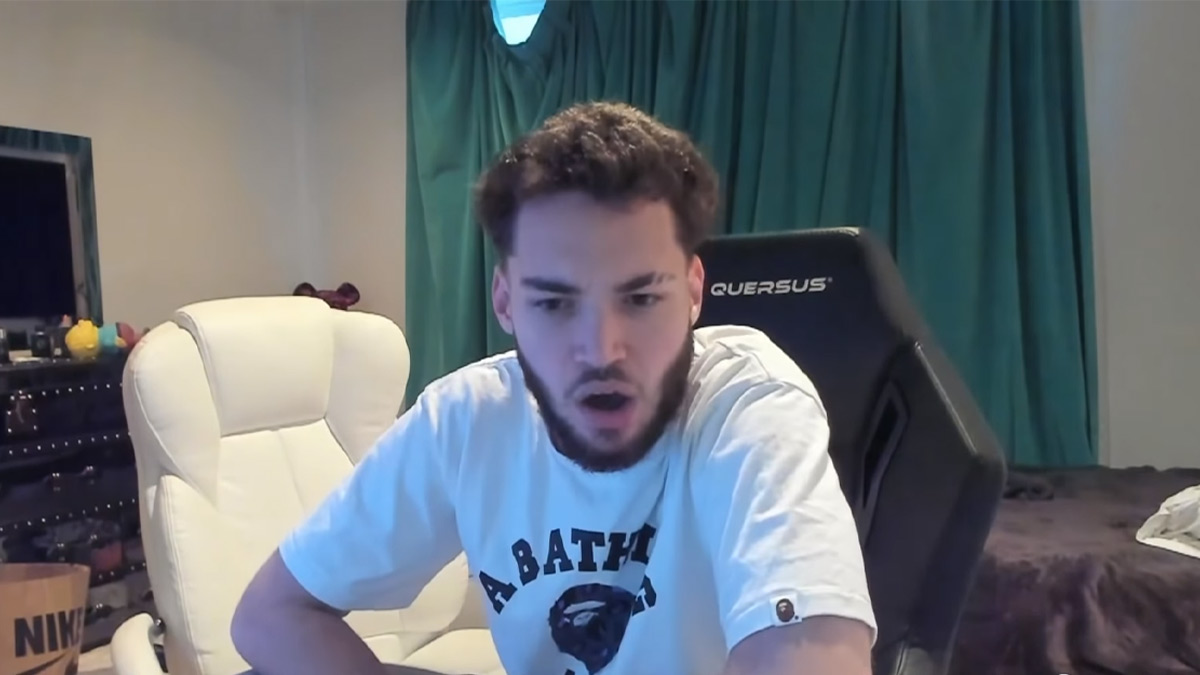 Adin Ross claims security saved him from an armed robbery

Twitch streamer Adin Ross recently spoke to fellow Twitch streamer, Kai Cenat, about an alleged attempted robbery incident that he was involved in at Wingstop (a restaurant popular for its chicken wings).

Ross added that if it wasn’t for his security personnel, the robbers would’ve gotten away with something.

One robber impersonated a homeless man

Ross alleged that there were two armed robbers, with one of them impersonating a homeless man. According to him, it seemed like the robbers weren’t aware that the security and Ross were together.

Ross’ security personnel, who he referred to as Ant, was on alert because the robber impersonating a homeless man was wearing brand new Air Jordans.

Ant also noticed that there was another individual. After Ross got his order, the man with the backup was walking alongside him before Ant and his partner, Will, pulled out their guns.

There’s no news on the robbers, and if they’d been apprehended but Ross was clearly taken aback by the incident, claiming that the security personnel saved his life.

Twitch streamers are getting more recognizable

There’s a lot to unpack here. Firstly, the robbers clearly came with a plan, but it wasn’t the most well-thought-out plan – the Air Jordans gave a lot away, and they weren’t aware that Ross had hired security.

The fact that they thought Ross was a target just goes to show how profitable a venture Twitch streaming is now. Armed robbery targets of this kind are usually movie stars or sports figures, but Twitch streamers are starting to cross the celebrity line.

It’s also quite revealing that Twitch streamers have the financial capital to hire guards and are aware of how recognizable they are in the public space. Many streamers are quite private, and incidents like the Adin Ross robbery highlight why that might be advisable.

Their celebrity is also unique in that their following is usually niche, but that niche is starting to become bigger every day – to the point where it can longer be called a niche. Adin Ross, of course, is no ordinary streamer. He has over 600,000 followers on Twitch and usually averages over 64,000 views per stream.