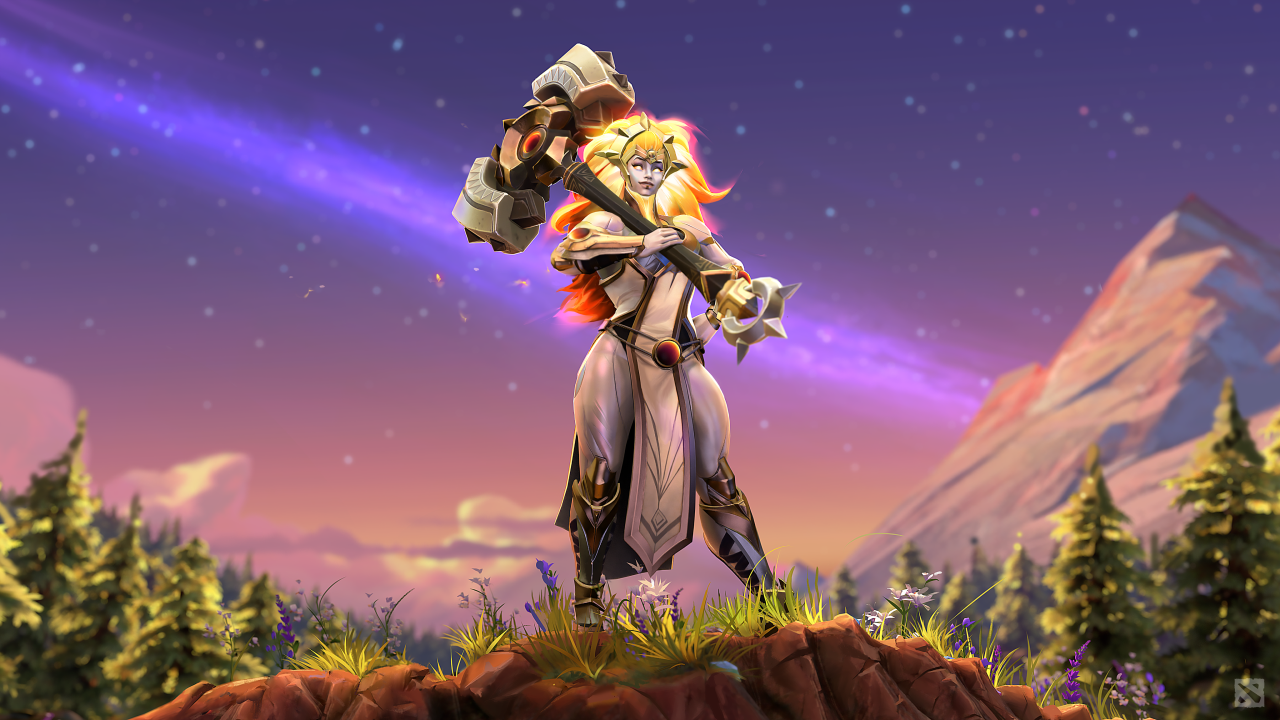 Patch updates especially with the release of a new hero is always an exciting moment for the Dota 2 community to rejoice and lament, as the dynamics of the game is set to change once again and enthrall the players.

Rejoicing in the hopes of playing the new hero and lamenting for not being able to play the same hero as there’s 9 other contenders — allies and enemies alike — going on a rampage by pushing the new hero icon in a bid to play it.

Oh, and also many players including myself and many others lamenting over the fact that the pugs are going to be a nightmare for the upcoming week with continuous spamming of the newest entrant in the game; The Dawnbreaker.

As her lore goes, “Molded from the heart of a young metallic star, and charged by golden breath with new life, Valora was called to spread the glow of the Children's wisdom to the darkest reaches of the universe — setting fire to the heavens with each swing of her celestial hammer amidst the endless battle to keep chaos at bay”, Valora aka The Dawnbreaker is the most prized warrior amongst the Children’s ancient creations and is the shining herald of the majesty of order and light.

Melee, Carry and Durable — is the Dawnbreaker’s description and position one aka carry fanatics will certainly rejoice reveling in hurling her hammer through multiple foes. You can find more information on the newest entrant here.

Besides the introduction of the Dawnbreaker, Valve has also shipped in a new gameplay update with 7.29 patch — including map changes, a new Power Rune, Hoodwink’s debut in Captains Mode, removal of few neutral and game items, and more.

The map terrain has been slightly tweaked with and that makes way for better movement around certain areas of the map primarily to the Radiant and Dire jungle as well as Tier 1 & Tier 2 areas on both sides of the map. The introduction of new routes through the map changes makes it easy to sneak around as there’s more freedom in regards to movement and can play an important role in the most fundamental aspect of the game; team-fights.

Other major changes include the removal of a tier 1 neutral item; Royal Jelly, and Necronomigone books, oops, I mean the Necronomicon books from the game shop! Royal Jelly is perhaps one of the most loved items during the early stages of the game as it provides a permanent buff in regards to Health and Mana regeneration when consumed. It’ll be a heartbreak to those Mid and Safe lane players that look forward to finding this item in the game.

The removal of Necronomicon books from the game is perhaps a big dent to players inclined to play the heavy push oriented game-style that focuses on taking down towers and other buildings in order to build up pressure on the enemy. Heroes like Beastmaster, Enigma, etc. will be the most affected heroes as they are known for the fast paced pushing prowess.

There have been changes made to heroes and their abilities as well. You can happily go through them over here but my personal favourite is a basic change made to the King of Hell; Doom. His base armour has been increased from 0 to 3 after so many years and it will certainly make him a stronger hero.