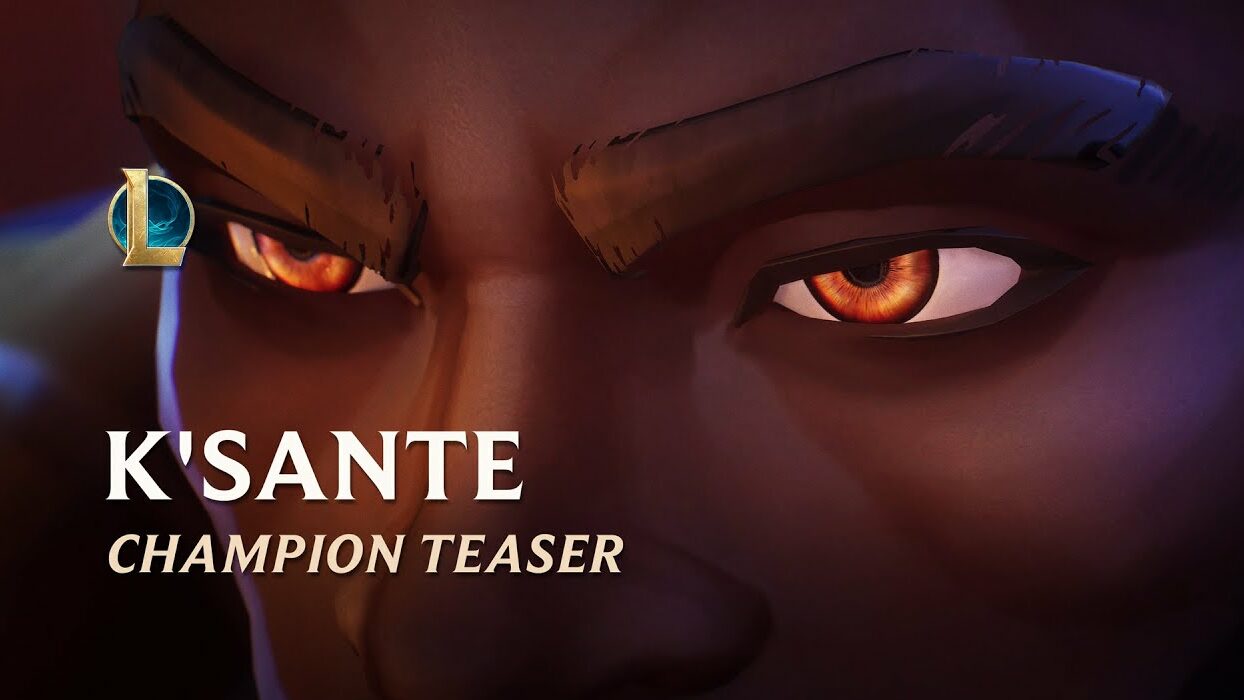 The next champion in League of Legends, K’Sante, has been revealed through his first gameplay trailer.

K’Sante, the Pride of Nazumah, is looking to be a mobile tank for the top lane. You heard that right, so you might as well prepare your mental. Those two words alone make K’Sante sound incredibly strong, which might also be the case.

Based on his first gameplay trailer, it’s clear that K’Sante will have plenty of dashes to outplay opponents and crowd control to lock down targets. His general look gives a “Bash Brother” vibe, which we all know from Sett can be fun.

A new top laner is entering League of Legends, and he is mobile

K’Sante was initially revealed in a champion teaser a couple of days ago, giving the first look at the top laner Riot had teased a few times.

It’s fair to say that K’Sante doesn’t disappoint, as a new champion from Shurima is awaited. On top of that, his gameplay looks promising and confirms that K’Sante will bring something unique to Summoner’s Rift.

The amount of crowd control combined with his mobility showcased in the gameplay trailer already makes him a nuisance. It’s hard to say how many dashes K’Sante has, but based on the trailer, it should be more than one. The dashes alone should make him one of the most mobile tanks in the game and potentially open up for damage builds.

One thing about K’Sante is in focus; his ultimate

The coolest part about K’Sante looks to be his ultimate. From the looks of it, K’Sante can drag an enemy champion across walls as he transforms into a new form. In his ultimate form, his weapons transform into swords and will likely buff him in specific ways.

It also seems like K’Sante can reactivate his ultimate, which leaves a lot of questions about the ability. Even if K’Sante will only be viable as a tank, he seems like an engage machine that can set up fights like none other. Expect this guy in professional play from 2023 unless Riot manages to nerf him to the ground before that.

With only a glimpse of K’Sante so far, fans shouldn’t worry. Expect Riot to reveal more of him in the coming days and possibly even put him on the Public Beta Environment (PBE) in the next patch.

This could mean that K’Sante will be available on the live servers within a couple of weeks.

A tank with dashes in a meta like this, what were you thinking Riot? Solo queue players, prepare yourselves.