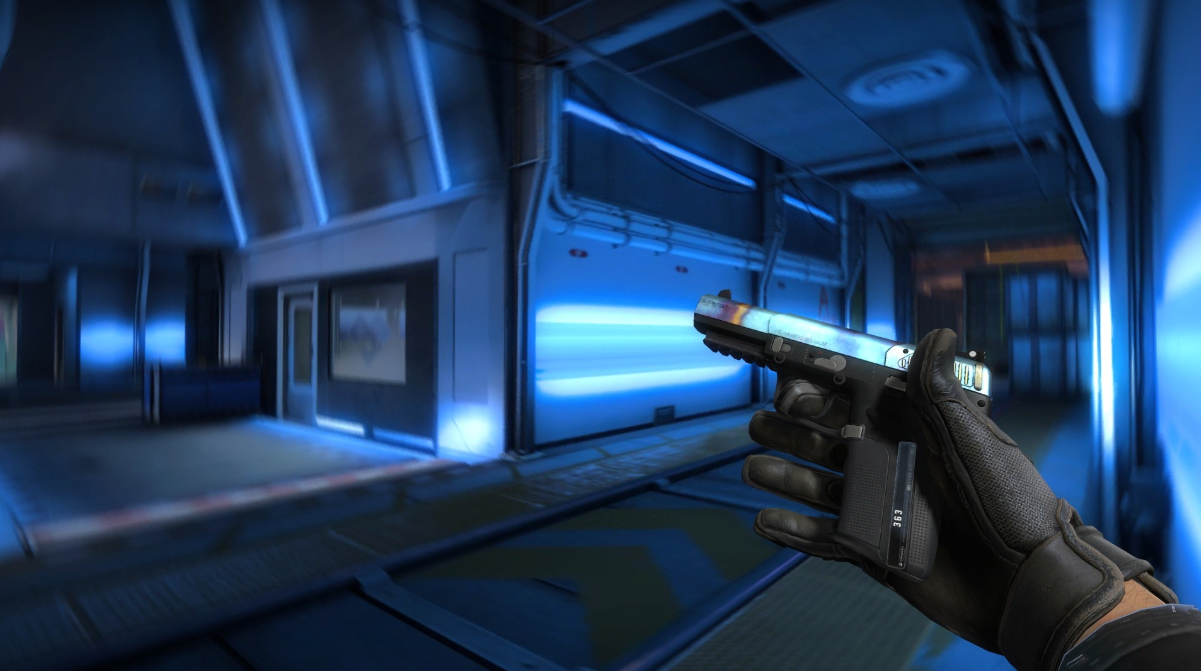 CSGO skins are the most accepted and praised method of self-destruction.

We, as gamers, have found a new way to flex our earnings on one another, as a Gucci bag doesn’t quite “do it” for us Counter-Strike players.

But, with no decent new cases released, the community of CSGO is owed something. That’s why it’s my honor to present you with the lost gems of CSGO: the five rarest skins in the game.

You would think the “unheard skins of CSGO” would be unheard of because they’re awful; this skin is surprisingly clean.

With that said, it’s a guarantee you haven’t seen this skin bless your screen before, and here’s why:

The USP-S Business class was released July 1st, 2014, not even a year after the iconic “Arms deal” update where skins were introduced. The skin is a part of the “Baggage Collection.”

Valve cut drops from the collection because the skins were not popular enough; therefore, fewer were unboxed, making them rarer.

Now, this is a bit of a gamble putting this AK into the five skins, the OG Counter-Strike players will dispute this skin, so keyboard worriers, hang on.

Now, in 2022, this skin is nowhere to be seen. Newer players are completely unaware of this gem’s existence.

This skin is perfect for sticker combos as the whole gun takes the aesthetic of the USP-S business class, but with default stickers already placed on the gun to take on the aesthetic of a sticker bomb.

It wouldn’t be a “top 5 skins you’ve never heard of” without a skin that truly makes you go “wtf is that.”

This, my friends, is a Sawed-off | Copper, dust collection. This is a truly unique and rare skin – with incredibly little available on market and absolutely bare minimum purchase history in the last six months.

The Sawed-off Copper has something that few other skins have: the lower/higher float value of the skin, the better it can become.

It’s all preference. The battle-scarred version is more appealing to me as it gives off a more “western” vibe to it.

This skin might not look too luxurious. But there’s no better feeling than someone asking “Woah what’s that skin?” and you go, “Well, my dear friend, let me tell you.”

The Snake Camo AWP will raise questions, solve your problems, and make your terrible AWP skills that little bit better.

This was another part of the forgotten Dust collection, released August 13th, alongside the Arms Deal update – meaning that this was actually one of the first skins introduced into CS.

Even if you don’t love with the appearance of the skin, having one of the first-ever AWP skins to release is a pretty big flex.

Where is the Deagle skin, you ask? Well, feast your eyes on the new variation of power.

With the Dual Berettas gaining more popularity recently, it would be criminal not to include these two powerhouses in the list.

The Dual Berettas | Duelist was released in the chop shop collection – a little older compared to the other skins we have on this list, coming into the game on the 26th of May 2015.

This skin is absolutely gorgeous, taking the same color variation of sapphire mixed in with a black and silver. The pattern on the gun compliments the color pallet perfectly.

This skin is by far the most desirable on this list, what’s more of a flex than having a pair of berettas like this?