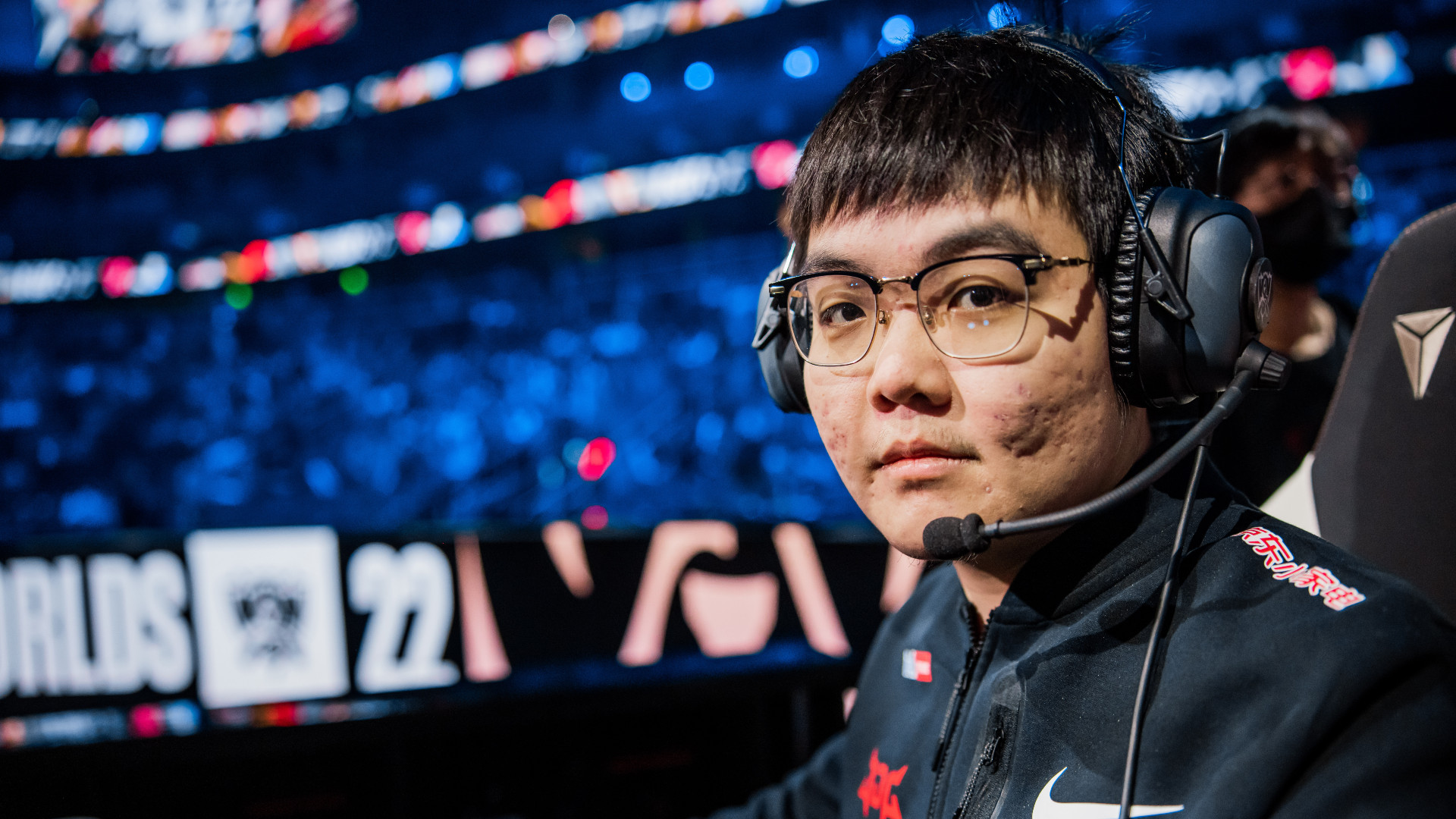 369 was widely considered one of the top laner to beat at Worlds 2022. The veteran player was in his first year with JD Gaming after leaving Top Esports at the end of 2021. He earned First Team All-Pro honors and showed an impressive mastery over a wide range of champions during the LPL Summer Split.

Worlds 2022 also represented an opportunity for 369 to heal some past pain. His first trip to Worlds had netted him a semifinals appearance but 2021 had seen Top Esports miss Worlds entirely.

JDG cruised through Group B and swept Rogue in the quarterfinals of Worlds 2022. However, T1 and Lee “Faker” Sang-hyeok would prove to be their undoing. Despite winning Game 1, JDG were unable to hold off T1’s rally, going on to lose the series 3-1.

“I am disappointed to have not made it past the semifinals,” 369 said, “reaching the final of, and winning Worlds is the goal of every pro player and I am saddened I could not reach the final this year.”

369 also spoke of the future as he reflected on his performance at Worlds 2022.

Only time will tell what awaits the team that many saw as China’s best chance to repeat as the Worlds-winning region.