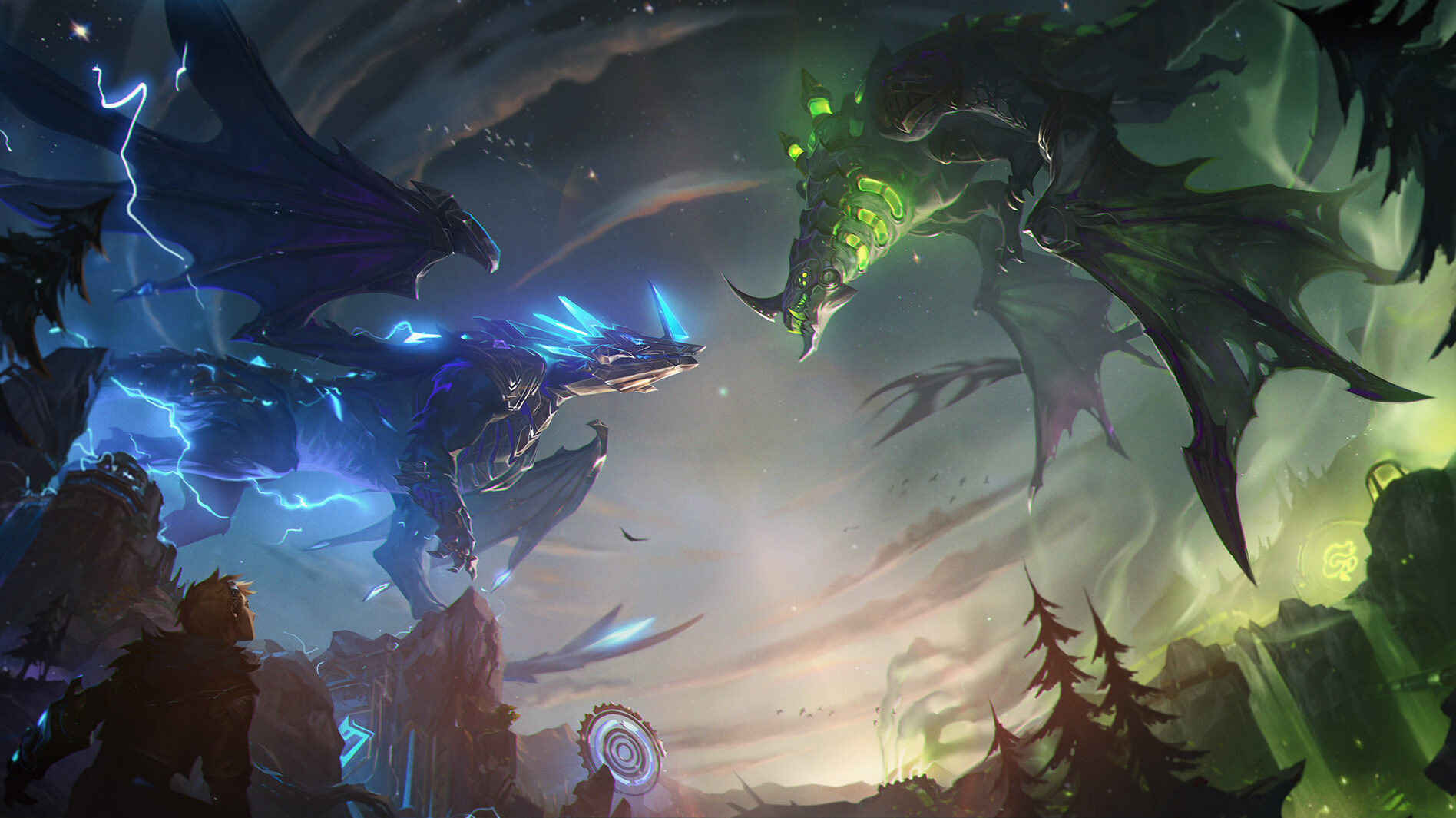 Riot Games have revealed all the details of the upcoming 2023 preseason, and it will include significant changes to the jungle and the return of an old friend: the Chemteck Drake.

The preseason changes are hitting the Public Beta Environment (PBE) soon, and there will be plenty for the jungle mains to enjoy (and pros to despise). Riot has added a helping hand to pathing, objective voting, and of course, the return of the Chemtech Drake, as teased earlier this year.

The jungle changes for this preseason will aim toward helping new and inexperienced players in the jungle.

Riot will add recommended jungle paths that gather data from high-skilled junglers to help out during the first clear. Riot will also add an objective voting system, which will help solo queue teams decide if they want to go for an objective or not—no more running in opposite directions and missing out on advantages because of it.

Junglers can also look forward to getting company when walking through the woods of Summoner’s Rift. From the preseason, junglers will have a pet companion that will give bonuses when they evolve. Junglers will be able to choose between damage buffs, utility buffs, or movement speed buffs.

The pets so far are Noxian Embercat, Ixtali Ixamander, and Ionian Cloudleaper. Besides giving valuable buffs, they also look cute. What more could a Pokémon master jungler ask for?

Chemtech Drake is making its return with new effects

The return of Chemtech Drake might be the biggest news for the jungle. The Drake was removed early in 2022 because of how broken it was in its previous design, but it will return with new effects and will likely have a significant impact on the meta.

Each Chemtech takedown grants Tenacity and Heal/Shield strength. If a team gets the Soul, they will have bonus damage below a certain health threshold (similar to the Last Stand rune). This effect could come in clutch in late-game fights and work wonders against crowd-control compositions.

Now for the fun part: the Chemtech’s effects on Summoner’s Rift will enhance all plants on the map. Blast Cones will blast you twice as far, Honey Fruits will not slow anymore and will provide a shield, and Scryer’s Bloom will reveal a small area around the plant and boost movement speed towards revealed enemies.

The Chemtech Drake will return in style and make room for incredible highlights because of how it will change the Rift.

Pros are not thrilled by the Jungle changes

While many players are probably excited about all these new changes, certain professionals and experts remain more skeptical.

LCS caster Isaac “Azael” Cummings-Bentley was one of the first to voice his opinion, stating that he is concerned that Riot is turning the game into an “all hands no brain” game. It’s definitely a real concern, as Riot is clearly dedicating a bit part of the preseason to help inexperienced players.

Excel jungler Mark “Markoon” Woensel also entered the debate, by making a bit of a meme out of the recent changes.

While his reaction is mostly a meme, Markoon is clearly concerned that the jungle role will become too easy. In Riot’s defense, the new help isn’t that useful in higher ELO so it will still take a lot of skill to master the jungle.