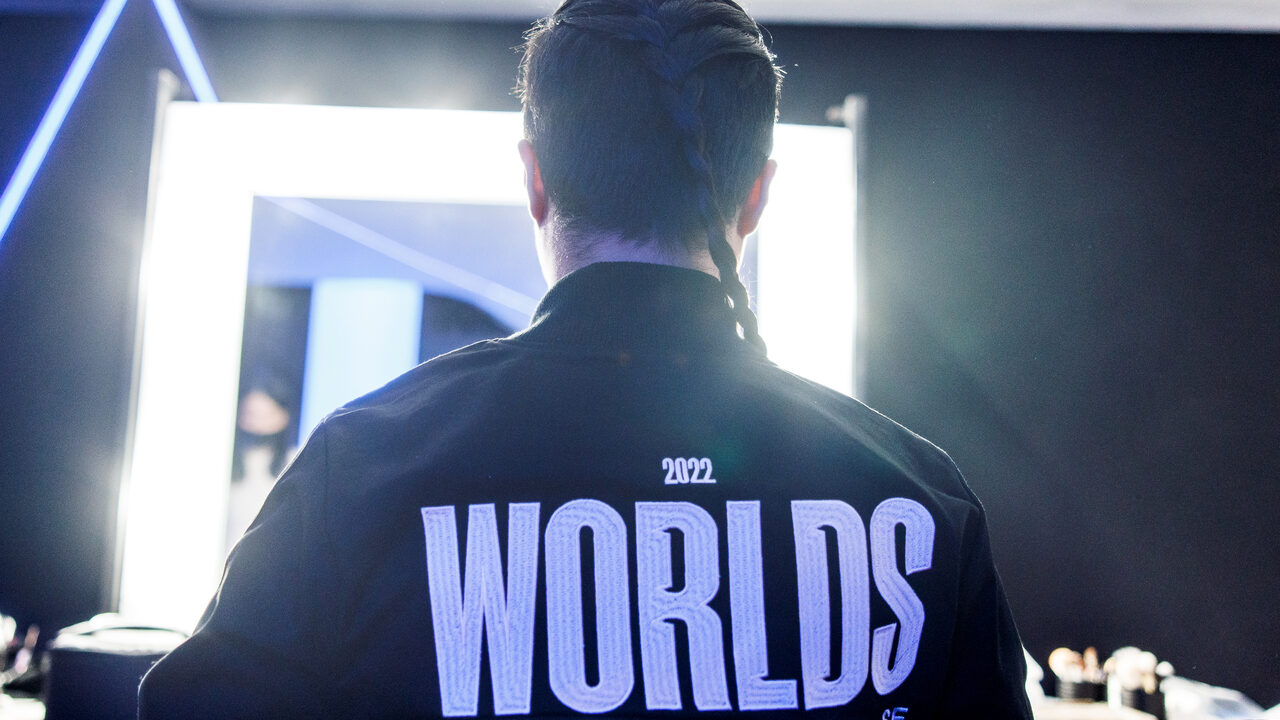 Action at the 2022 World Championship is all over the place, and it can be difficult to follow due to its schedule. For this reason, Jaxon has compiled a list including all its coverage of Worlds 2022 and a concise standings table, ensuring that you may not miss a piece of news or content. All content will be separated by days and rounds (latest round first).

If you like the snippets in these summaries, be sure to check the interviews, news, and content pieces. By reverse chronological order (latest to earliest):

Group B’s turn of events was surprising in a way, as G2 Esports lost against Evil Geniuses in their final match of the year. But that was the only result that went against predictions as both western teams exited the competition in the group stage at 1-5.

There was little to celebrate for G2 Esports and European fans as their losses were more akin to speedruns (yes, even the loss against Evil Geniuses). Thus does the narrative shift from North America’s 0-9 Week 1 at Worlds to Europe’s 0-6 Week 2 so far.

As for JDG and DWG KIA, they left nothing to chance and fielded some of the best games of the tournament back-to-back: DWG beat JDG in the final ‘regular’ game, and JDG had its revenge in a nail-biting tiebreaker.

The west has crashed and burned ahead of schedule, but the result wasn’t surprising in hindsight: T1 and EDward Gaming were the heavy favorites to qualify from Group A, and most of our Group Stage predictions reflected that.

That said, disappointment is palpable as we return to our regularly scheduled program of “The West is doomed at Worlds 2022.” The writer of that article also broke down what happened in Group A in more detail over Oct. 14.

GAM Esports have cemented themselves as the most impressive 0-3 team in the group stage—at least, far more impressive than the entire LCS region. Unlike Cloud9, Evil Geniuses, and 100 Thieves, they have gradually shown signs of life. Their AD carry, Sty1e, is looking forward to the Group C rematches—especially against Rogue.

Meanwhile, Korea’s fourth seed, DRX, is in a comfortable spot in Group C with a 2-1 record and a victory against LPL’s #2 seed Top Esports. The gap between the West and the LCK and LPL might be widening, but the gap is becoming nearly imperceptible between the LCK and LPL according to DRX’s top laner, Kingen.

Meanwhile, Gen.G may not have scored an ideal start in Group D, but they also sit at 2-1, albeit tenuously as CTBC Flying Oyster made them fight for it. Gen.G’s support, Son “Lehends” Si-woo, spoke about their Day 1 struggles, and about EU’s surprising showing so far.

Remarkably, Rogue has taken sole possession of Group C’s top spot and are the best-positioned European team to make it.

Fnatic had the tall task of beating the unpredictable EDward Gaming after their victory against T1 on Day 2, and they nearly did so. However, EDG’s early-game lead was too strong, and Fnatic’s spirited effort couldn’t carry them to the finish line. Nevertheless, mid laner Marek “Humanoid” Brazda was in high spirits as Fnatic stands in a three-way tie in Group A at 2-1, and as the team can qualify out of that group.

Other Group A news: Lee “Faker” Sang-hyeok has officially played his 100th game in the world championship, all years included. Fittingly, it was a victory over Cloud9.

Meanwhile, Rogue stands tall in Group C after surviving GAM Esports’ exciting shenanigans, and after DRX toppled Top Esports out of nowhere to throw the group in disarray. In one scenario, Rogue could even stand alone at 3-0, with all other teams at 1-2—reminiscent of the 2021 Worlds’ Group A, where FunPlus Phoenix eventually finished dead last.

However, we can only deplore the emergence of a bug in the final teamfight of the game—one that is causing Orianna’s removal from Worlds until further notice.

As for North America’s LCS, its teams have yet to secure a single win at Worlds 2022. At this point, even CTBC Flying Oyster (PCS) has more victories than a region with three representatives combined. Should the region worry about its future prospects? Or should we chalk it off to poor one-off performances? Nevertheless, C9’s macro was so horrendous that Martin “Rekkles” Larsson was having none of it on a watch party.

Meanwhile, teams have been experiencing terrible FPS issues at Worlds, adding to the tumultuous Worlds experience in 2022. After the COVID-19 false positives, players have to face technical issues unbefitting of a tournament of this prestige as frame rates struggle to reach 120hz (when they would otherwise go over 144hz at the very least) and impact pro player performance, and as players are exposed to blindingly intense lighting on stage.

As for a positive: a record 95 champions have been played during the group stage so far. The keyword here is: so far—that figure is bound to improve as teams play more games and throw more curveballs. Targamas Senna when?

The winners of the first match advance to the second match. All matches are best-of-fives.

Fnatic and DRX have advanced to the group stage after finishing at the top of their play-in groups.

If Jaxon's coverage is not enough, be sure to also check Reddit daily for more! That is if you are not watching the games live on LoL Esports.

As for other League of Legends coverage, or content before Worlds 2022, you can check our landing page.

Bwipo to take a split off, will focus on solo queue and champions queue to find a new team
Lol