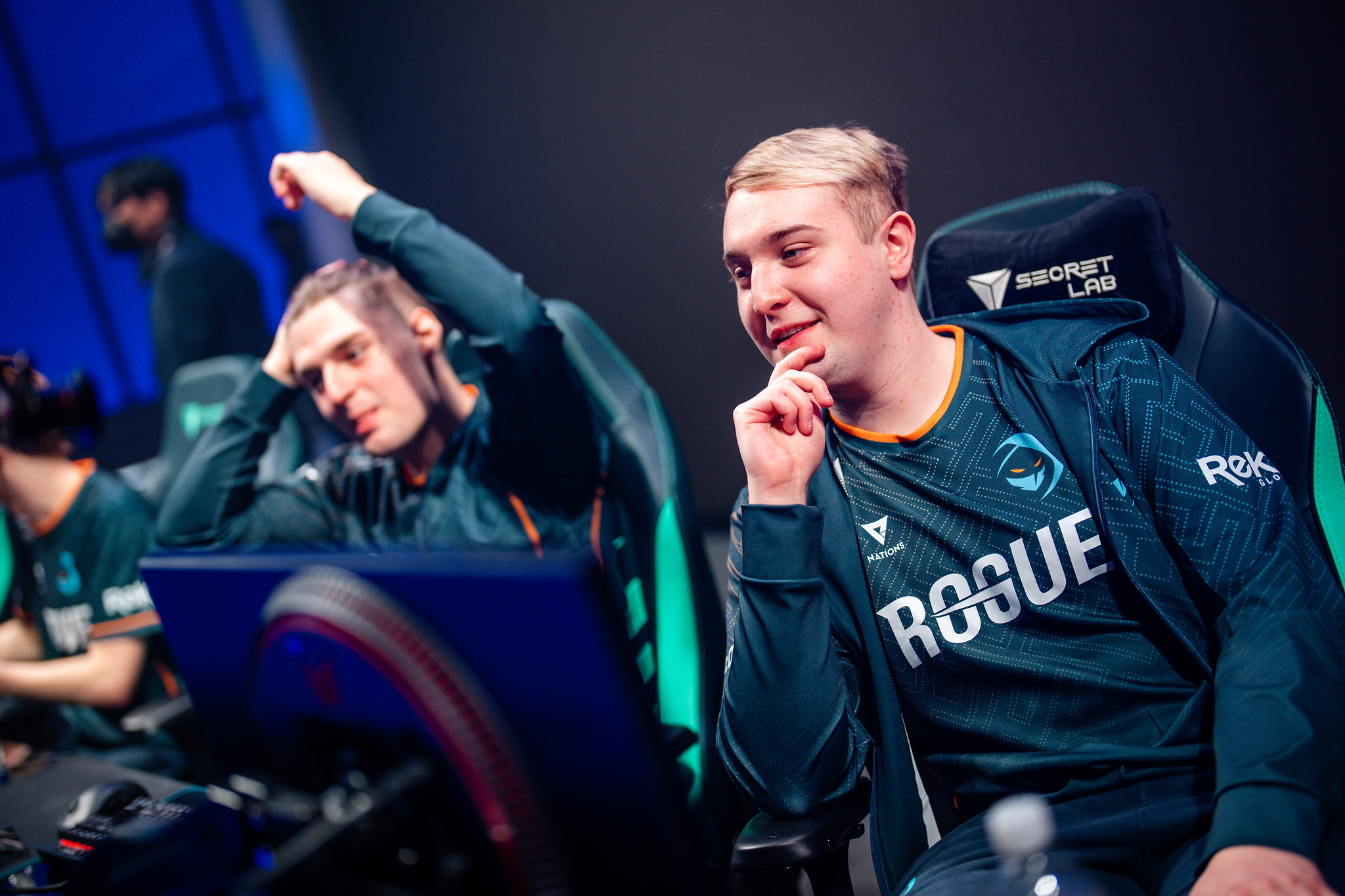 2022 LEC summer preview: Time for the LEC to go Rogue at long last

We have waited long enough, and the day has finally come: the 2022 LEC summer split starts June 17, and Europe’s favorite teams are back in action—including Rogue.

Being a Rogue fan is a tale of heartbreaks: after doing so well during the season, they have generally crumbled during the playoffs. However, the 2022 summer split will be their best shot at lifting their first trophy ever.

As they return to a much-changed League of Legends (thanks, Patch 12.10), there is much to consider—including their road to playoff contention:

After some inspired decision-making from the front office, Rogue built a cohesive team during the offseason. Despite losing team ace Steven “Hans sama” Liv to a Team Liquid offer that he could not refuse, the team’s recruitment left them with no choice but to become a Top 3 team long term.

Surprisingly, Rogue reached competitive levels immediately, crushing non-G2 entities throughout the spring season on the way to their second LEC finals ever. Alas, as is tradition, they lost in heartbreaking fashion to G2 Esports 3-0.

Malrang’s team-first approach facilitated Rogue’s transition through many playstyles and diversified its playbook. As the team continues to incorporate his skills, the solo laners will develop more ways to impact games with team compositions built around them.

What changed since then?

“If it ain’t broke, don’t fix it.” – Rogue, probably. Why change a functional lineup with great team play and synergy? Ditto for the coaching staff.

Rogue understood that there was no need to change anything. As is, we expect them to carry on where they left off: winning as many games as possible off solid fundamentals. All the coaching that Simon “Fredy122” Payne has done is expected to bear fruit once again—or at least send Rogue to Worlds.

How do we expect Rogue to perform? Title contenders

Bar spectacular meta changes or performance peaks from opposing teams, Rogue are the safest bet for a Top 3 finish. However, the veterans on their lineup and the adaptable bot laners give them an edge ahead of Patch 12.11’s transformative changes to the game.

As such, Rogue will likely compete against G2 Esports for the top spot; may the better team win. G2 were in the spring split, and Rogue could be that during the summer.

Click on a 2022 LEC summer participant to see each preview separately: