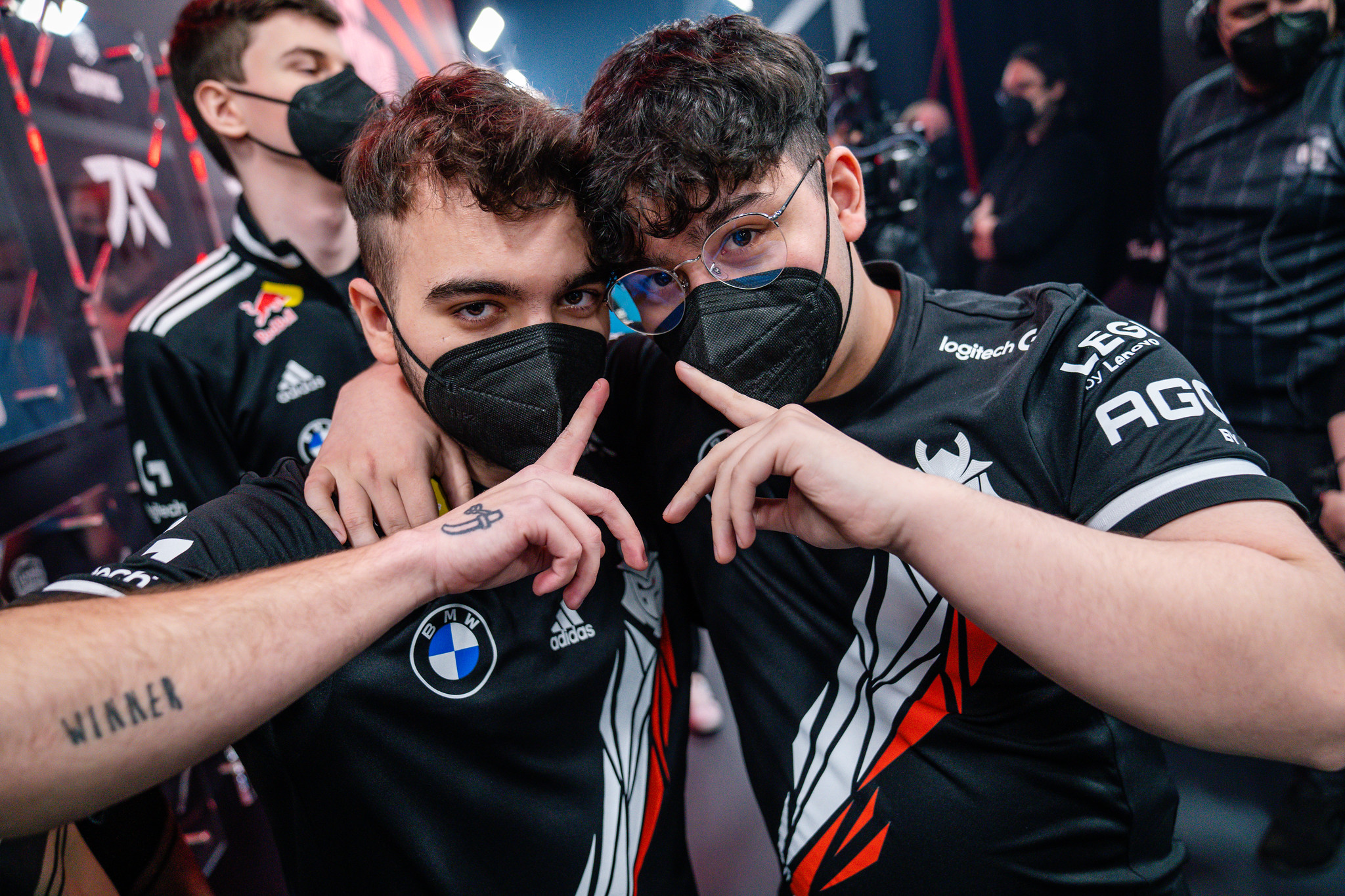 In it to win it

We have waited long enough, and the day has finally come: the 2022 LEC summer split starts June 17, and Europe’s favorite teams are back in action—including G2 Esports.

A lot has happened during the midseason break: G2’s win streak snapped at the 2022 Mid-Season Invitational, Team BDS and Astralis have revamped their lineups, the sun shined progressively brighter (unless you’re in the Southern hemisphere, then winter was rearing its head)… and Patch 12.10 flipped everything upside down.

But for the LEC contestants, it was the calm before the storm as they return to a much-changed League of Legends. And this is how it went for G2 Esports:

G2 made tough decisions in the offseason after the “Rekkles experiment” failed: it was time to completely revamp the roster. That included the coaching staff as they parted ways with long-time head coach Fabian “GrabbZ” Lohmann and appointed ex-Schalke 04 Esports head coach Dylan Falco in his stead.

Sergen “BrokenBlade” Celik, Victor “Flakked” Lirola Tortosa, and Raphaael “Targamas” Crabbe had huge shoes to fill and a lot of pressure on their back. And it showed: the regular season featured ups and downs, including a mind-blowing 13k gold lead throw vs. Misfits Gaming.

Why they didn’t change anything: LEC title #9

Heading into the playoffs as the fourth seed, G2 weren’t the favorites to win the split, especially after losing to Fnatic in the first round. But then, they flipped some magic switch and made an astonishing lower bracket run to win the split without dropping a single game.

This incredible form carried over to the Mid-Season Invitational, as G2 extended their winning streak to 24, including wins over T1 and RNG, before losing to PSG Talon in the Rumble stage. Unfortunately, the G2’s magic died down, and they got swept by T1 in the MSI semifinals.

Throughout G2’s unbeaten run, Caps delighted G2’s fans as he looked like one of the best players in the world. He and Jankos are leading this young squad, both on and off the rift. If they manage to pick up where they left in Spring, we are looking at a scary G2.

How do we expect G2 Esports to perform? Title contenders

Although Carlos usually notes that G2 competes for every title and always wants to win, G2 have exceeded expectations in Spring. They predictably did no roster changes; instead, they will keep growing together as a team, further developing “the young guns.”

However, let’s not forget that the players had no time to rest before the MSI ended. Jankos recently shared on this stream that they haven’t even started practicing yet, as the players desperately needed some time off to rest and recalibrate. With Patch 12.10’s massive meta shift and their lack of preparation, we might see a slow start to the split. Although they might not be number one favorites to win the split (again), we expect them to be a contender. It would be a massive surprise if they fail to secure a Worlds spot for the second straight year.

Click on a team to see other teams separately: